When he was little, Cristian watched a TV show that featured a transvestite. The boy lived in a small town in the region of Córdoba, in the interior of Argentina, and, little by little, he recognized himself in that character. Teenager, decided to transition to Camila. I was the only inhabitant trans of Da Falda, which had just over 5,000 people.

Amid the inevitable adversities, Camila Sosa Villada he soon discovered that writing was an intimate act of resistance. So, after moving to the capital Córdoba, she studied Social Communication and Theater at the university in the morning and, at night, she prostituted herself in Parque Sarmiento – there, she was welcomed by the transvestites and, for the first time, found her place of belonging in the world.

The experience inspired the book The Park of the Magnificent Sisters (Tusquets), sensitive story that, with confessional touches, wanders both through the fairy tale and the horror story. With an intoxicating writing, Camila uses resources of magical realism to describe characters like Tia Encarna, a kind of leader of the transvestites who surprise when they adopt a baby. The novel won an award at the Guadalajara Book Fair, Mexico, which increased Camila’s literary prestige.

She is one of the main guests at an event promoted by the Goethe Institute: on Wednesday, 29th, at 5 pm, Camila will talk about violence and literature alongside Brazilian Patricia Melo and also Argentinean Claudia Piñeiro, with mediation by Josélia Aguiar – that’s enough access the institute’s YouTube channel. By email, Camila answered these questions. 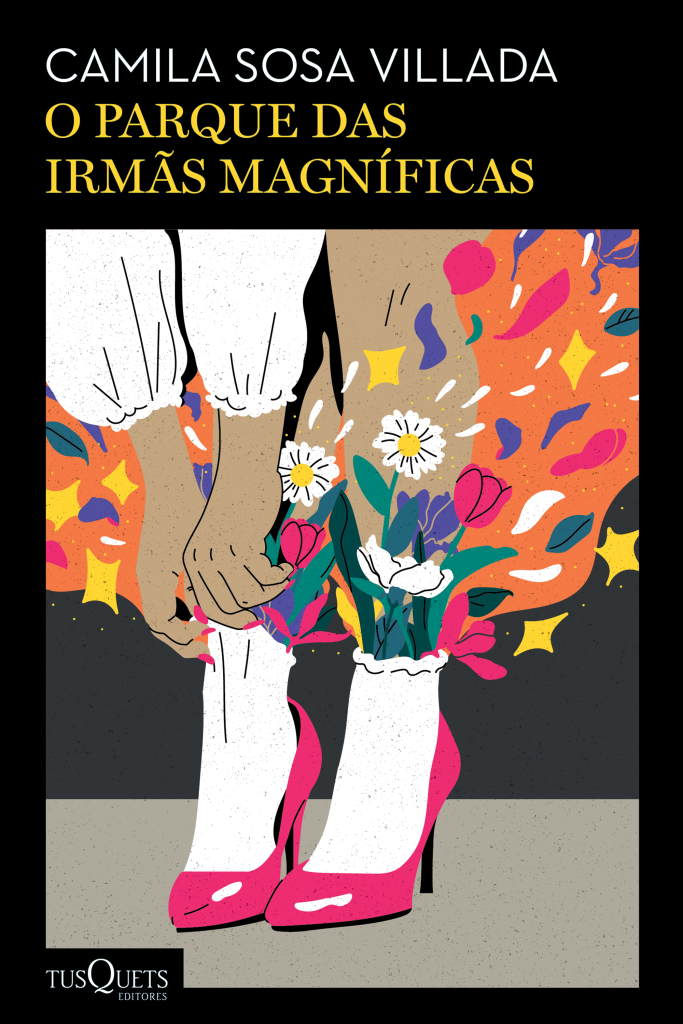 Book: The Park of the Magnificent Sisters.

Book: The Park of the Magnificent Sisters. (Editora Planeta/Disclosure)

Frida Kahlo said that she was not a surrealist, but that she painted her own reality. It is possible to say the same about The Park of the Magnificent Sisters, which has a poetic and even mythological language with headless men and bird women.

You can say the same, exactly the same about The Park of the Magnificent Sisters. Let me give you an example. She painted the picture What Water Gave Me. Over the water, she sees all those images that are part of her life. In my case, it would be What the Paper or Word Document Gave me. On my first approaches to the area of ​​Córdoba and its gay clubs or discos, imagine, I was almost always very drunk or under the influence of substances that I have forgotten. In my memories, it was like being at a party with all the Star Wars characters. The paper text just revealed that betrayal of my memory, which is how the world has been ever since.

You belong to an important change of world view and your literary award gives more visibility to this change. What is the meaning of the award?

I think of all the transvestite girls who are born and will continue to be born despite the murders that will inspire other news. In my day, we were only told that we were going to be prostitutes and die in the ditches. Now, they say: look, honey, we also have singers, biologists, politicians, writers, cooks, nurses, actresses, screenwriters, film directors. And this news of the award is a strength. Transvestites no longer enter this life defeated, accepting their fate as it was in our time.

Is the Park of the Magnificent Sisters more autobiographical or does it contain a lot of fantasy? What is the relationship between the two elements?

It’s a question I don’t like to answer. It’s my fiction, my fun with words. It’s the way I play with myself and with you. If I set this game, I lose. And I don’t like to lose.

The strength of the book, it seems to me, is that it shows the scars of transvestites, especially those who are alive.

These marks are too painful to be dealt with by an opinion. Perhaps in Portuguese it has another strength, but here, in Argentina, it seems that all cultural elaboration is based on opinions. Even love is a meeting of opinions. I think scars hurt and are respected. As for Parque das Irmãs Magníficas, it is the story of Tia Encarna, a 178-year-old transvestite who, in one night, finds an abandoned baby and decides to adopt him, forever changing her life and that of her transvestite friends.

The book also seems to show the hypocrisy of the patriarchal family that expels their transvestite children, but whose parents also seek transvestites for their pleasure.

I can write fiction about it, but I can’t talk about it seriously. I laugh if I have to talk about hypocrisy because I have knowledge as a transvestite, because I was forced to live in an undetermined place in the world. That place to which I was confined gave me a perspective of that hypocrisy you refer to and for which I have no respect. I laugh because it’s so pathetic. But it’s not just transvestites – it’s about everything they hypocrites want and can’t explain without that little manual for living the life they inherit and keep.

The book talks about poverty and violence, but without romanticizing it. How do you find this balance?

It is possible to speak of poverty when you are poor. If you weren’t poor, if you don’t know the hunger or the impotence of not being able to pay even a medicine, you can fall into romanticization and abuse. Talking about what we know allows for a balance.

Argentina is far ahead of other Latin countries as in Brazil homophobia remains a constant problem. What can be done for gender self-determination to be recognized?

It’s a tough question. I am a simple transvestite who has survived so many massacres and I am amazed at resisting so much. We don’t have a formula here. We existed and had great political references that placed their own bodies in these dens (political dens) in the same way that we, transvestites, offered our bodies to customers, in supermarkets, on the streets. One without the other would not have been possible. This is the picture of how a transvestite does not survive alone. There’s always another, somewhere else in the world, and if you’re lucky, at any given time, those lifetimes will somehow be protected.

Talk about transvestite and motherhood: Aunt Encarna keeps the child, so why does this motherhood bother?

I suppose that, for millennia, different forms of oppression were perpetuated from childhood. If we are taught to play certain roles, to win, to compete, I think of war strategy and technique games. Patriarchy (the cruelest neoliberalism) disputes the future of children. If children were in contact with other forms of life, those that respect others and are organized under rules other than those that govern our lives today, surely these oppressions we are talking about would no longer have a place in the world.

How is the transvestites’ struggle similar to that of women for equality and freedom?

I suppose every political and ethical struggle always wants a more habitable world. A habitable life.

A phrase in the novel says: “Love and beauty are exhausting.” What will love and care be like after this pandemic?

Hope desperate, that passions are never healed, that as soon as we can, we’ll all run into each other’s arms, in every color and shape possible, to make love and dance and get exhausted and sweat and recognize body odors . We hope to find happier ways to love each other and let us love each other too. Anyway, as love is a thought, I don’t think it will change if the thinking beings don’t change.