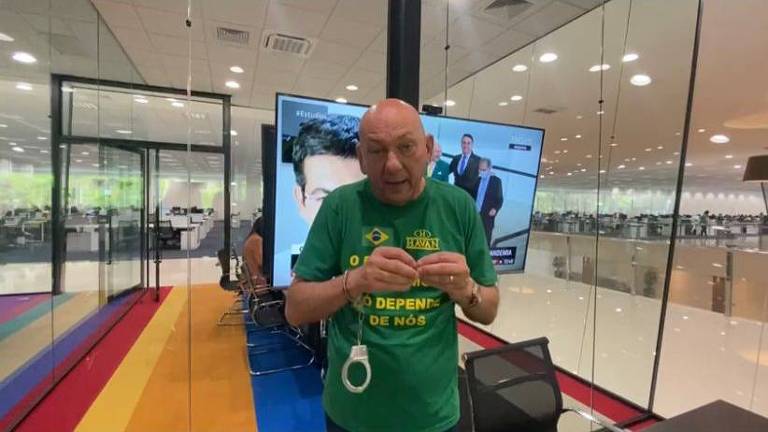 Businessman said that he bought the object if he is arrested during the hearing, scheduled for this Wednesday

The entrepreneur Luciano Hang, owner of the Havan store chain, published a video this Monday, 27, in which he appears with one of his arms in handcuffs. He stated that he bought the object if he is arrested in his testimony at the CPI to Covid-19, scheduled for this Wednesday, 28. “Guys, I’m going to the CPI with an open heart. Kindness breeds kindness, respect breeds respect. I want them to ask the questions and I have all the time in the world to answer them,” Hang said in a video posted on Instagram. “If by chance they don’t accept what I’m going to say, I’ve already bought a handcuff. I’ll hand out a key to each senator. And that they arrest me”, he completed. The request to summon the businessman was approved by the CPI last Thursday. He should be asked about a possible relationship between the federal government and private companies that distributed drugs for early treatment against the Covid-19, such as chloroquine and ivermectin, which has no proven efficacy. A dossier obtained by the commission shows that the death certificate of the businessman’s mother, Regina Hang, was tampered with and omitted the cause of death. She was admitted to a hospital in the network Prevent Senior, which is the target of the commission. According to the chart, she received the medications and died from complications from Covid-19.