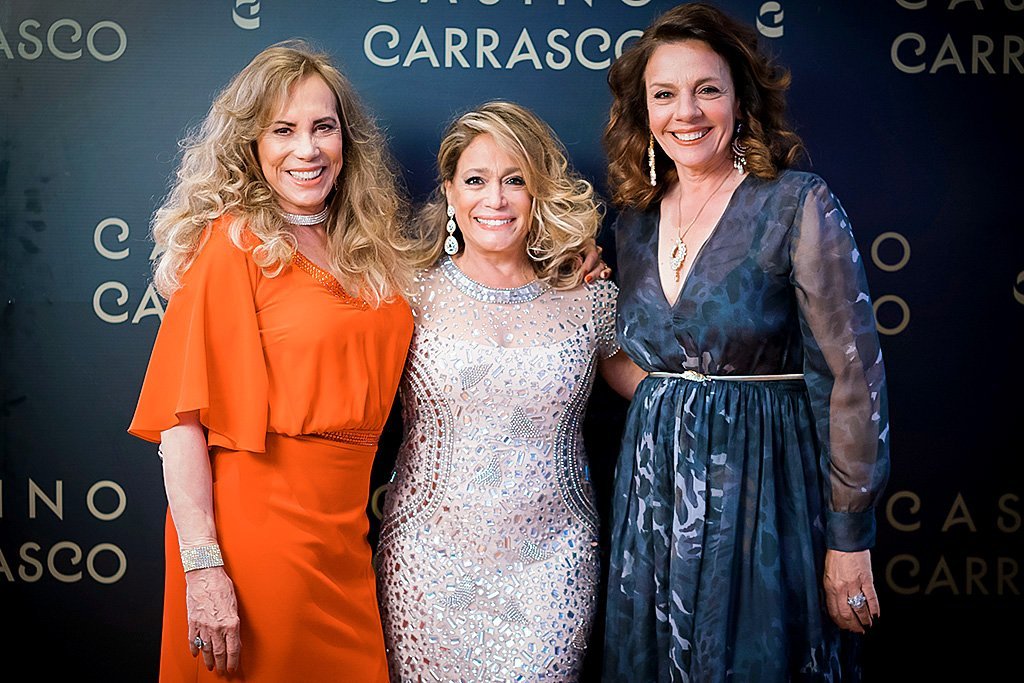 It’s still a week away, but in this Brazil mourning the death of Paulo Gustavo, it’s good to know that the humor will be back on Monday, 17, with a trio of friends who promise to invade streaming – Now, iTunes, Looke, Sky, Hi, Vivo, GooglePlay. Arlete Salles, Susana Vieira and Rosi Campos play Nina, Nelita and Rita. They are the Amigas de Sorte, a comedy directed by Homero Olivetto, based on the argument of Fernanda Young and Alexandre Machado. You know who this Olivetto is.

Screenwriter for Bruna Surfistinha, the film that President Jair Bolsonaro wanted to make the banner of his crusade against Brazilian cinema, five years ago he made his feature debut with Reza a Lenda. As a northeastern western, starring Cauã Reymond, it was a stylish action film, very well photographed and set in the rugged landscape of the hinterland. Olivetto now changes the tone, and the landscape. Three female friends, mature women, who embark on a transformative journey. Arlete plays Nina, who works hard at the family restaurant and only finds encouragement in the connection with Rita and Nelita.

The three are always betting on the Mega Sena. Unexpectedly, they earn a fortune. They decide to do something crazy. Nina tells her husband that the trio will go fishing in the Pantanal, but they take a plane and head to Uruguay, staying at the chic Hotel Casino, on Carrasco beach, in a suite whose daily cost is R $ 15,000. Money is not a problem, but her friends accuse Nina of being a cowhand. Arlete says he is happy with life with the paper. “I always wanted to make cinema, the cinema did not want to know me. Now, they are discovering me. In addition to this, I have another film ready to debut, with Vera Holtz and Louise Cardoso.” Three other women and Arlete’s character, in Aunt Virgínia, regret the life they did not live. This is not what happens in Amigas de Sorte. Seniors, better age. “You don’t have to put my age, because, with all this scientific development, people are living longer. We’re still going to be 110 years old,” he jokes. But seriously – “We have to thank you for surviving in this storm (of the pandemic). I feel privileged to be taking care of myself, with my family, and to be able to bring a little joy to people with our film”.

Rosi has done more cinema than Arlete and Susana. He thought the script for Amigas was cool. Lusa Silvestre formatted the argument of Fernanda and Machado. “This theme of female friendship is very strong, and true. I am the proof of that, because I continue to relate to my schoolmates. How old is it? Some 40, and we continue to meet, not now, because of the pandemic. , but we continue with our online meetings. The important thing is to share. “

That’s what the Friends do. Susana, who makes the coolest, finds a young boyfriend, played by Klebber Toledo, with the right to turn around. “To talk about this film, I have to talk about these three wonderful actresses. It was a privilege to act with them. I learned all the time,” says Toledo. The atmosphere of relaxation between friends was reproduced on the set. “Everyone had a lot of fun, but with professionalism”, highlights Rosi. “Homero is a very careful director. He takes care of the image, of the cast. Susana, who is the coolest of the three, always had some idea to add and Homero is receptive. It was a very happy time, of exchange, for the people.”

For those who are quarantined, Arlete has been in evidence. Globo reprimanded Fina Estampa at around 9 o’clock. In the novel by Aguinaldo Silva, she played taxi driver Vilma, a friend of Griselda de Lília Cabral. And, now he is at Toma Lá Dá Cá, which the station re-presents on Saturday afternoons. “Miguel (Falabella) was very happy in that text. It is a bit of a cliché to say that certain characters are present for actors, but Copélia was. The topic of sexuality of mature people is taboo in society, as if an old man could not have a desire. Miguel created this transgressive figure and the public embarked on our trip. That Jambalaya condominium became a mirror of Brazil. Copélia could be a shocking character due to her liberality, but people adopted her. Even many years later, you could still feel the affection of the public for her, and now, with the series on the air, Miguel keeps telling me about the reactions on social networks.

There was room for improvisation in Amigas de Sorte. And in Toma Lá? “Miguel believes a lot in the sound of the words, so he wants us to follow the script. But sometimes you can change a word, add a little something. The truth is that the text is so well written that it flows. It doesn’t have to add. The music of the words rocks us. And Miguel loves catchphrases. He created the one for Copélia – ‘I prefer not to comment’. To this day, there is a manager who repeats this for me. ” In Amigas de Sorte, Nina is from the Northeast – like Arlete – dealing with Italians in a canteen in the São Paulo neighborhood of Bexiga. You’ve seen the salad, haven’t you? “I used to do my best Italian accent, but every now and then I scratched in some Northeastern speech. I think this relaxation is on the screen. The audience will like it.”

And Arlete reveals: “I was always very shy, so these characters helped me to release aspects of me that were repressed. Nina is just that. The trip ends up being liberating for her. In fact, for everyone, but I can say with certainty that Nina who comes home at the end of the film is another. Empowerment is a reality that manifests itself even in the small things of everyday life. With lightness, the film shows how the world and we women are changing “.