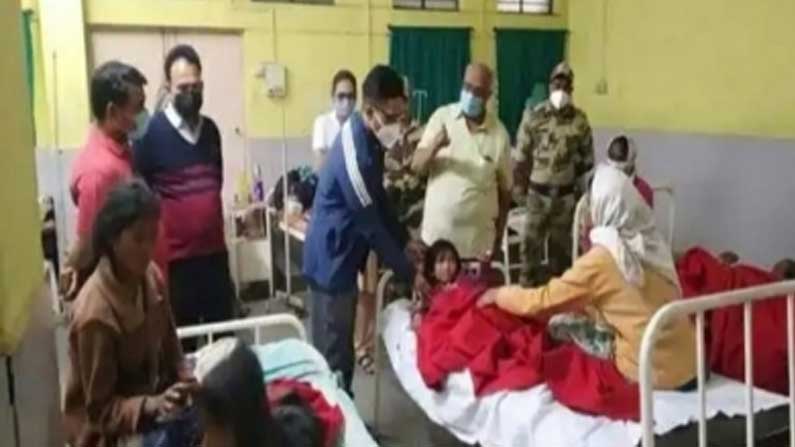 Pulse polio program is being conducted across the country in compliance with Kovid regulations. However, the negligence of the health staff in the program has claimed the lives of some children.

Maha Horror: Pulse polio campaign is being carried out across the country following Kovid rules. However the negligence of the health staff in this program has brought on the lives of some children. The children were given hand sanitizer instead of polio drops. The children fell ill. The tragic incident took place in Maharashtra.

A polio vaccination drive was carried out on Sunday in Kapsikopri village in Yavatmal district of Maharashtra. As part of this, health workers in Bhanbora Primary Health Center vaccinated 12 children under the age of five with sanitizer drops instead of vaccine. The children are being treated at the Vasantha Rao Nayak Government Medical College Hospital. District officials said their health condition was stable. District Collector Devender Singh visited the affected children and advised the doctors to provide better treatment.

Yavatmal Zilla Parishad CEO Srikrishna Panchal responded to the incident. The affected children are currently being treated at the hospital. The health condition is stable, he said. A doctor, an Anganwadi worker and Asha volunteer were at the PHC at the time of the incident and said they were being suspended. Srikrishna said a full investigation into the incident was underway.