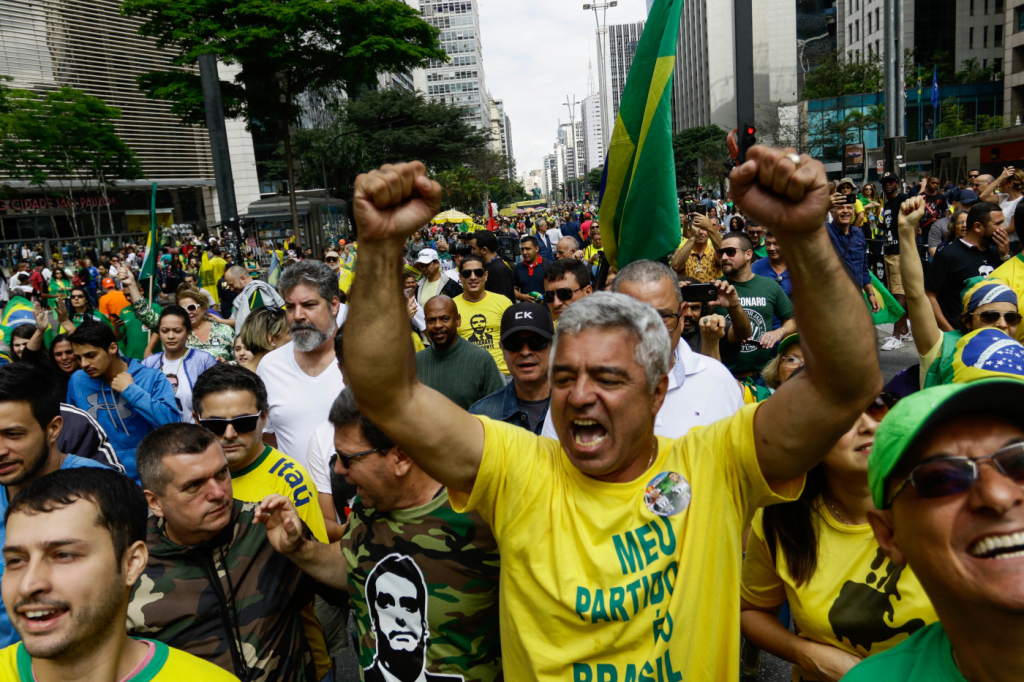 The senator’s political trajectory was controversial; parliamentarian had brain death decreed on Thursday, 17, after complications from Covid-19

The senator Major Olimpio (PSL-SP) died this Thursday, 18, due to complications of Covid-19. The information on his brain death was confirmed through the MP’s social networks. With his early departure, at the age of 58, Major Olimpio leaves an important legacy in Brazilian political history. In 2018, he was the most voted senator, with nine million.

Before becoming known as Major Olimpio, Sérgio Olimpio Gomes established his roots in the interior of the state of São Paulo, in Presidente Venceslau, the city in which he was born. At the age of 20, he graduated as a military policeman, a profession he exercised for 29 years. In addition, he carried degrees in legal and social sciences, journalism and physical education. In 2006, he entered the public career by being elected state deputy by the Green party from Sao Paulo. Four years later, in 2010, Major joined the Democratic Labor Party (PDT), where he founded a strong opposition to the PSDB of São Paulo. Still in his second term as state representative, in 2010, he assumed the leadership of the PDT in Legislative Assembly of the State of São Paulo (Alesp). To join the newly created Brazilian Women’s Party (PMB), in which she stayed for four months before joining the Solidarity (SD), Major left the PDT in 2015 – the year he assumed the seat of federal deputy.

Meteoric rise to the right

After 2015, Major Olimpio stood out nationally on the political scene by making a strong opposition to the governments of the Workers’ Party (PT) and align with the parties and ideals of right. The congressman was remembered several times for his participation in the inauguration ceremony of former President Lula as Minister of the Civil House of Dilma Rousseff’s administration, in March 2016, when he shouted “shame” and was harassed by the security guards of the place. As a federal deputy, he gained notoriety for supporting the opening of Dilma’s impeachment process and making strong criticisms of the Michel Temer government, opposing the PEC of the Public Spending Ceiling and Labor Reform.

In the 2018 elections, Olimpio declared support for the president’s candidacy Jair Bolsonaro (without a party) and joined the Liberal Social Party (PSL). During this period, he launched himself to the Senate, being elected as the most voted in the state of São Paulo and taking to the House conservative guidelines, such as the flexibility of armaments for the population. Olimpio distanced himself from the president after the first year of his mandate, disapproving his conduct towards the Lava Jato operation. Since 2020, the congressman has strongly criticized the conduct of the pandemic do new coronavirus in the state of São Paulo, even filing an impeachment request against the governor João Doria (PSDB). As one of his last acts in politics, Major announced his candidacy for the Senate presidency this year, but gave up to support Simone Tebet.

With a lot of heart pain, we reported the brain death of the great father, brother and friend, Senator Major Olimpio. By law the family will have to wait 12 hours to confirm the death and is checking which organs will be donated.
Thank you for everything you’ve done for us, for our Brazil.