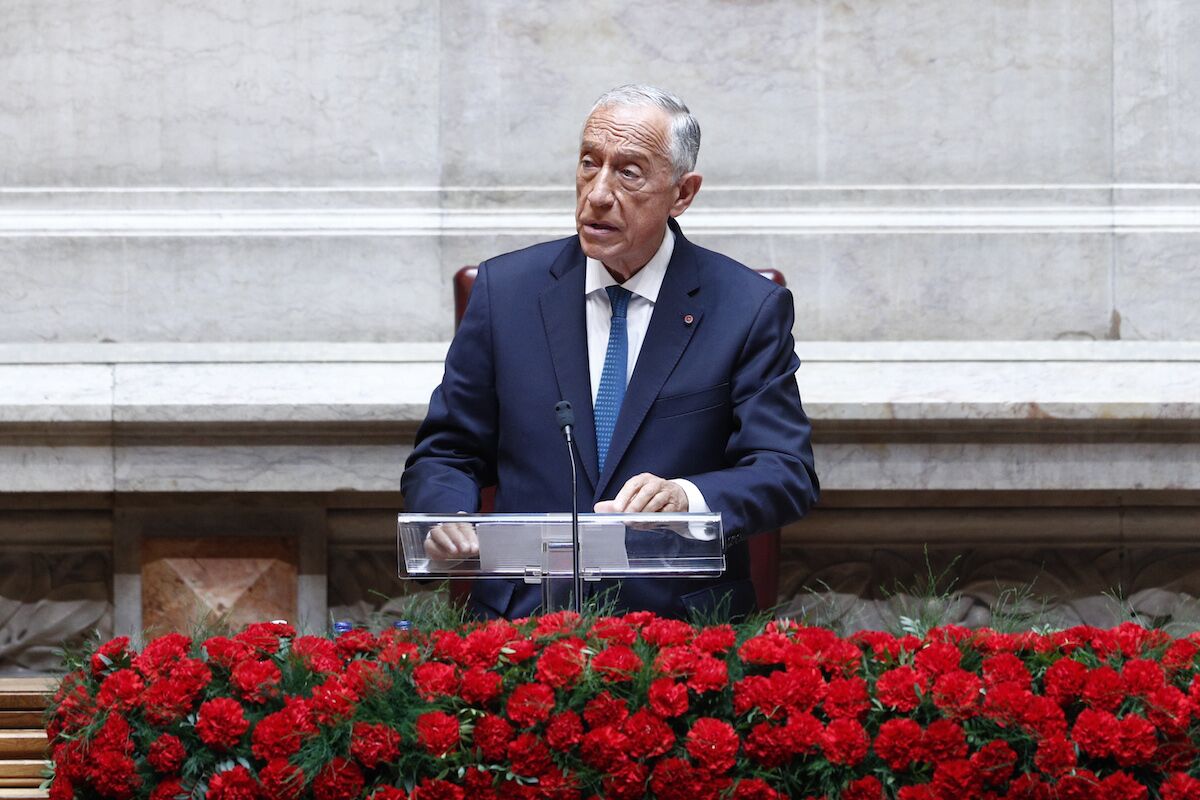 This Sunday, the President of the Republic recalled Portugal’s colonial past and asked that history be looked at “without fears or complexes”, without fueling campaigns and fighting intolerances.

After the intervention of the President of the Assembly of the Republic and the speeches of the parties with a parliamentary seat, Marcelo Rebelo de Sousa close the solemn commemorative session of the 25th of April in the Chamber.

The President of the Republic started by talking about the “thankless mission” which is “looking at the past with the eyes of today”, referring to the height of history when Portugal was a colonizer, and with particular emphasis on the Colonial War. “We cannot go beyond uncritical cult to uncritical demolition“, He declared, quoted by TSF radio.

Marcelo Rebelo de Sousa declared that it is necessary to assume the past of Portugal, “with all the good and bad that it has” and recalled that those who fought in those days did so for “for understanding or for having made them understand” that it was the best for the motherland.

The President asked for “history of history” to be made and for “lessons to be learned from each other, without fears or complexes, with the natural diversity of judgments typical of democracy ”.

“But if one does not transform what liberates, and all the revisiting, however serene it liberates or must liberate, in a mere prison of feelings, useful for campaigns of certain moments, but not useful for the understanding of the past, the think of the present and the future.”

The head of state also dedicated a word to those who made the revolution, remembering that “they did not come from other galaxies”, that “it was these men, themselves, not others, the heroes of that dawn” and recalling that “they knew how to overcome many of their divisions during and after the revolution ”.

“Nothing like the 25th of April to rethink our past, when the present is still so hard”, arguing that, despite being “Difficult to judge recent history”, it is a priority to “study the past”, dissect it and assume it, quotes the newspaper Público.

“The 25th of April was made to liberate, without forgetting, nor hiding”, recalled the President, wanting the Portuguese to live this date as “a refounding gesture of History”, “without unjustified ravages, wanting much more and much better”.

“There is not, nor has there ever been, a perfect Portugal. But there is also no condemned Portugal ”, concluded the head of state.

“May the years remaining until the half century of the 25th of April serve all of us to follow such a path, as most Portuguese people have done in the past decades, making each day one more step towards the glories that honor us and the failures for which we are responsible, as well as today to build cohesions and inclusions and to combat personal or social intolerances today ”, he appealed.

The President stressed that whoever makes this call “is the son of a ruler in the dictatorship and in the empire that lived in what he calls his second homeland. [Moçambique] the inexorable late decline of that empire, and later lived, as a constituent, the start of a new democratic time, hinge, like so many Portuguese, between two stories of the same History ”.

“And neither for carrying out the mission he carries out forgetful or erases the history you witnessed, as he did not stop being elected and reelected by the Portuguese in democracy – for having witnessed this History – a democracy that helped to enshrine in the Constitution that has governed us for 45 years ”, he stressed.

The solemn session in the Assembly by the Republic only 47 deputies on the benches, maintaining the distribution made in 2020: 19 deputies from the PS, 13 from the PSD, four from the BE and four from the PCP and one deputy from each of the other parties (CDS-PP, PAN, PEV, IL, Enough) plus the non-registered deputies Joacine Katar Moreira (ex-Livre) and Cristina Rodrigues (ex-PAN).

As for the Government, he was represented by the Prime Minister, António Costa, by the Ministers of State and Economy (Pedro Siza Vieira), the Presidency (Mariana Vieira da Silva) and Finance (João Leão), as well as by the Minister of Defense, João Gomes Cravinho, and by the Secretary of State for Parliamentary Affairs, Duarte Cordeiro.

The former President of the Republic, Eanes Branch, was, for the second consecutive year, the only former head of state to be present, with Jorge Sampaio declining the invitation for health reasons and Cavaco Silva for continuing “to respect sanitary rules”.

Also attending the formal session were the president of the CDS-PP, Francisco Rodrigues dos Santos, who last year was absent by choice, and three members of the Associação 25 de Abril, including the president, Colonel Vasco Lourenço, who was absent a year ago.

Highlight for the incident that occurred when the guests left the ceremony. A man who was demonstrating in front of the AR passed the security bays, tried to climb the staircase and was prevented by PSP agents.

With a banner that read “In exemption, reason”, a few dozen people demonstrated in front of the Assembly of the Republic, shouting things like “No to corruption”.

From 3 pm, in the former Royal Arena of the Palace of Belém, Marcelo Rebelo de Sousa will talk to young people and captains of April. At the same time, but in São Bento, António Costa inaugurates a sculpture by Fernanda Fragateiro and at 17:30 he attributes the medal of cultural merit to the musician Sérgio Godinho.

And, after a year without the traditional parade, this year Avenida da Liberdade will have two, after a controversy that led the Liberal Initiative to organize an autonomous initiative.