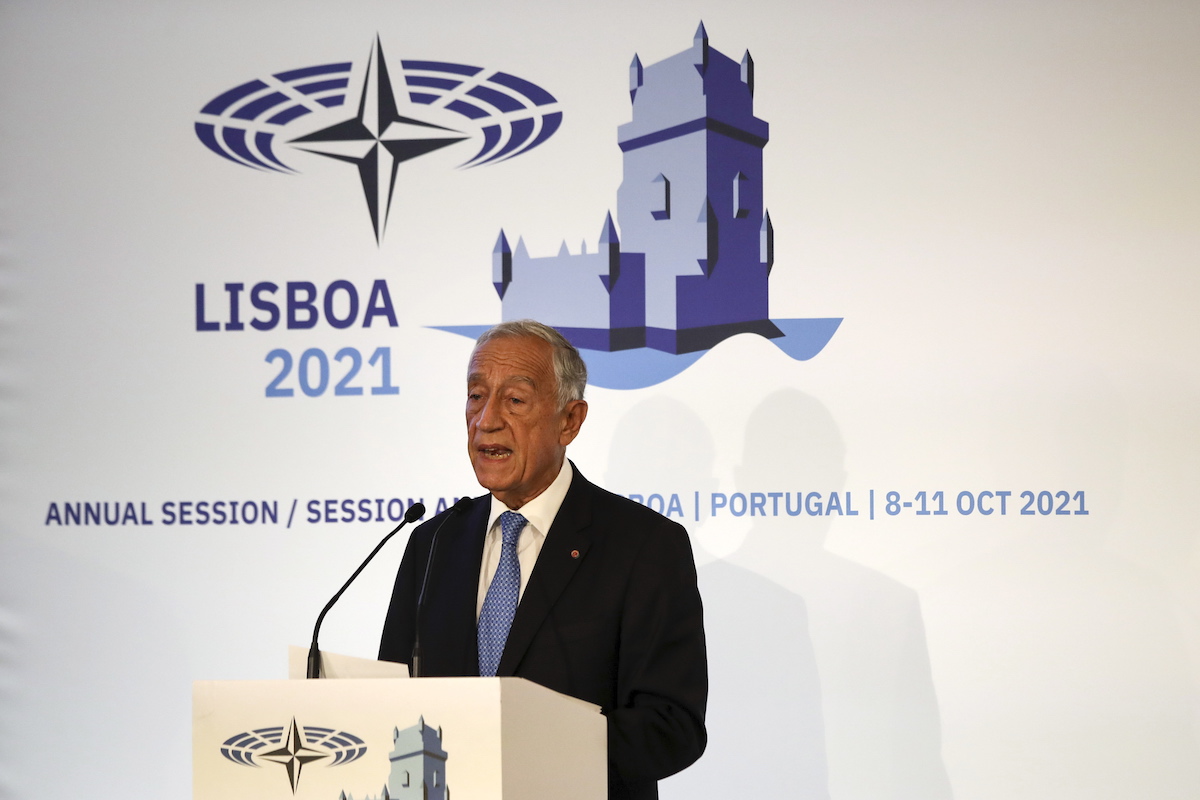 The President of the Republic, Marcelo Rebelo de Sousa, today criticized the “insufficient dialogue” in the “embarrassing, to say the least” exit from Afghanistan and called for NATO and the European Union to align positions.

Speaking in English at the 67th session of the NATO Parliamentary Assembly, in a hotel in Lisbon, the head of State stated that Portugal has a “lasting and unchanging loyalty” to the Atlantic Alliance, of which it has been a member since its foundation, in 1949, “allied in good times and bad”.

The head of state defended a strengthening of multilateralism in this “hard and complex multipolar time” of “dangerous erosions of democracies”, of “asymmetrical recovery of economies and societies” and “also of recent different internal approaches and the embarrassing fall, to say the at least from Afghanistan, with insufficient dialogue between allies”.

At this juncture, second Marcelo Rebelo de Sousa, NATO has to transmit “a strong and clear message of cohesion, unity and solidarity”, which is reflected in its new strategic concept, which should be approved in Madrid next year.

Referring to the relationship between NATO and the European Union, the President of the Republic stated that “the success of this alliance over the past seven decades it can be measured by the economic and social development of their peoples, the consolidation of their democratic systems”.

“There is no reason to be tempted to weaken this transatlantic link, when what really matters is strengthening it, reinventing answers to new common problems, not to be confused with arrogance with power”, he said, adding: “Improving our information and our capacity of foresight, particularly where we have intervened and for a long time, like Afghanistan, realigning positions when some try to divide us and bringing institutions closer to citizens“.

In turn, the prime minister today considered it essential to strengthen solidarity between NATO member states and criticized the “crises of confidence” in the processes of Afghanistan and Indo-Pacific, in a speech in which he called for a greater fight against piracy in the South Atlantic.

The leader of the Portuguese executive maintained that NATO “is in permanent evolution and adaptation” and that this “is one of the secrets of its success as a political alliance and military”.

“But the allies can only respond to this process of adaptation to a changing international environment if they know how to maintain the rule of solidarity and mutual consultation and do not allow themselves to be taken by crises of confidence, such as those that have arisen around recent events in Afghanistan. or in the Indo-Pacific”, warned the Prime Minister.

For António Costa, “the re-emergence of a more multipolar world, in a context of strong globalization, the change in the relative economic and military power of different regions of the world, the persistence of foci of instability in neighboring regions and the urgency of global challenges such as terrorism, migration or climate change, demand that the Atlantic Alliance provide an adequate response to a changing external strategic environment”.

“The Atlantic Alliance’s strategic center of gravity is, as it has always been throughout its history, its cohesion. Without this cohesion, it would not have been possible in the past, nor will it be possible in the future, successfully face threats and challenges that put themselves to our safety. Therefore, it is essential that, through their words and actions, the Allies reaffirm the stability of the ties that unite them and permanently transmit a message of unity”, he advocated.

But António Costa went even further in his warnings about the importance of unity among NATO member states, saying: “No ally is strong enough to face global challenges alone, nor is none too small not to make a valid contribution to security common”.

“As in the past, NATO has to be strong and cohesive to guarantee peace. This spirit must continue to guide our actions, at a time when we are conducting an important process of reflection that should culminate in the adoption of a new strategic concept next year, at the Madrid Summit”, he pointed out.

In his speech, which lasted less than 15 minutes, the prime minister sought to emphasize the idea that Portugal is a country “firmly anchored on the European continent, but facing the Atlantic”.

In this context, António Costa defended the “need for NATO to maintain a true 360-degree perspective, facing the existing challenges to the East, but without neglecting its action and presence on the southern slope, where some of the most serious threats to security arise. of Europe, such as political instability, failed states, humanitarian emergencies and terrorism”.

The prime minister specified that, in the framework of greater cooperation between the North Atlantic and the South Atlantic, greater attention to the issue of maritime safety is required.

The safety of maritime routes, in António Costa’s perspective, “is essential for the freedom of navigation and for the centrality of the Atlantic in international trade”.

“In the current geopolitical context, we also need to discuss among ourselves the lessons to be learned from the events in Afghanistan and the emerging threats and challenges. we have to keep an eye out for our southern flank, to the risks of the spread of terrorism from the Sahel to other regions of Africa. We must maintain greater engagement with other partners in Africa, Latin America and the Indo-Pacific, including India,” he added.