After the prime minister went public, he announced that “law is law” and that he was going to send the three diplomas to the Constitutional Court with the reinforcements of social support approved in Parliament without the Government, Marcelo Rebelo de Sousa wants to end the controversy.

Despite being convinced that the reinforcement of the social supports he enacted is fair and that “it is the law that serves the policy, it is not the policy that serves the law”, Marcelo Rebelo de Sousa now wants to turn his attention to the Action Plan Recovery (PRR) and end the controversy generated around the conflict that opposed him to the Prime Minister.

According to the weekly Express, on Monday, the President will receive in Belém the governor of Banco de Portugal, Mário Centeno, and the PRR architect, António Costa Silva. Until June, he will hear from economists, managers and union members about the plan.

At the same time, Marcelo demands clarification from political parties on the relevant issue to ensure that the plan works smoothly: whether Government and opposition want or do not want to take the legislature to the end.

“It is very important that the parties create conditions to take the Recovery Plan smoothly by 2023, which implies ensure the approval of two Budgets of the State, the next year and the next. It is what I think and it is what the Portuguese think ”, said the President.

Marcelo intends to hear the parties on this issue between May and June, when he hopes to have lifted the state of emergency. The President is willing to “force” Government and parties to make “commitments” for the next two years.

António Costa dismissed the political crisis scenario when he reacted to Marcelo’s decision, saying that only a motion of censure will bring down the government.

“We don’t have time for political crises and such nonsense. (…) I don’t think there is any political crisis on the horizon ”, repeated the Prime Minister, alluding to the fact that the President himself also repeated the idea that“ what the country has to do by 2023 is to overcome the pandemic and start the reconstruction”.

Left wants to “increase the confrontation”

While Marcelo tries to calm the waters, on the Left, the announcements of the death of the ex-contraption never sounded so loudly, according to the Observer.

On the one hand, the PCP, which has the added weight of having made the State Budget for 2021 viable (E2021), strikes a balance between defending this option and alerting the Government: what is happening, it was not what was agreed.

“The difficulties are becoming clear; the measures are either not implemented or are distorted, ”said João Oliveira, of the PCP. “It is very relevant, in these circumstances, for the Government to create a conflict based on social support measures. And if the government’s resistance increases, the confrontation also increases”. 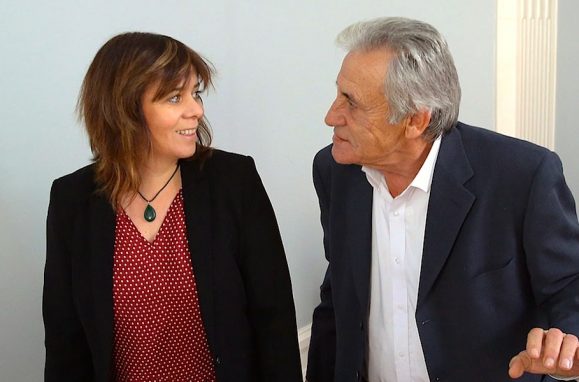 “The Government’s persistence can only lead to more confrontation. The stability that is relevant and determinant is that of people’s lives. If the option is against people’s interests, the situation is one of instability. The Government is responsible for its options ”.

In turn, the Bloco de Esquerda, which voted, for the first time, against a Coast Budget and was labeled as a “deserter”, now sees a kind of “I told you so”.

Now, for the party, the communists are trapped between the government and an option that blocks social support, so the Executive ends up creating a problem, putting its most stable partner in a difficult situation.

Program is aimed at people over 16 and teaches how to build web applications Pixabay19 students have already been trained...
World

Impeachment of Moraes: ‘STF needs brakes that will only exist if the Senate does not chicken out’, says Eduardo Girão – Prime Time Zone