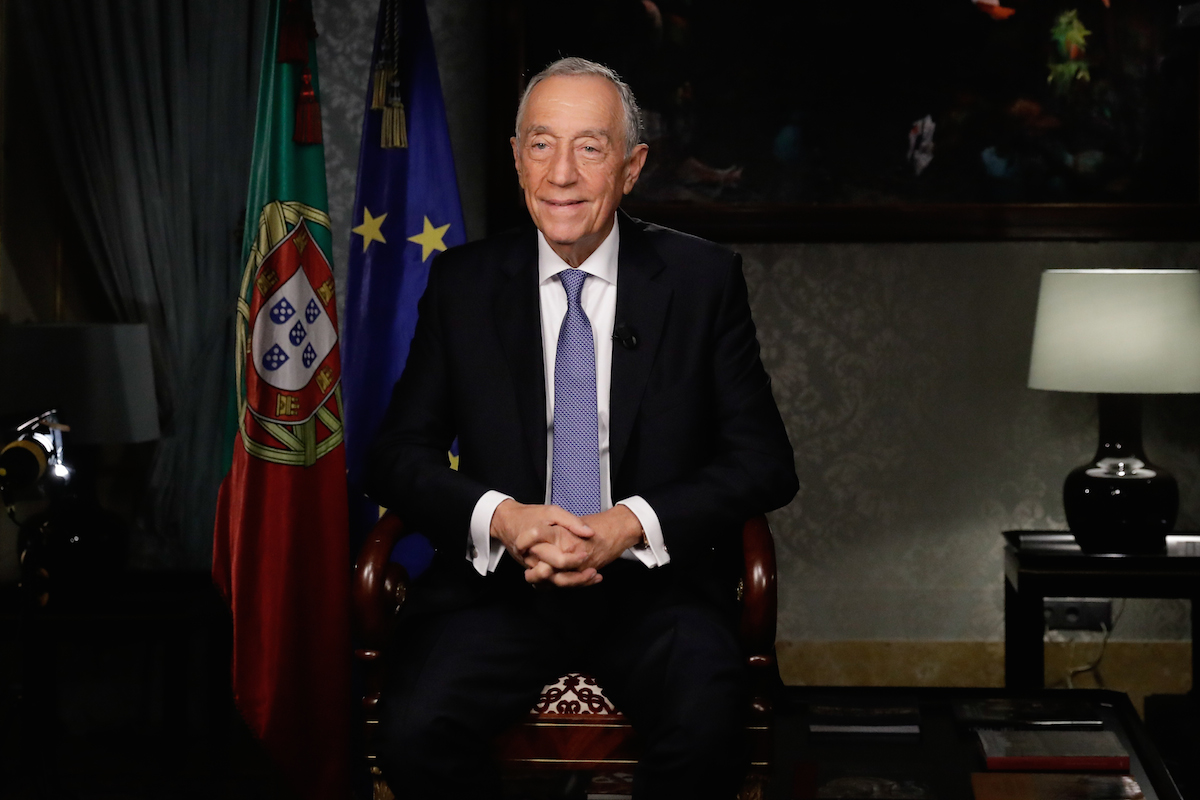 Marcelo Rebelo de Sousa was the special guest of the program Circulatura do Quadrado. Without wearing the shoes of a commentator, the President of the Republic asked the Government for a “new speech” for the transition to the post-pandemic, a “strong alternative” in the opposition and passed the hot potato of the remodeling to António Costa.

In just four minutes, the President of the Republic took stock of the State of the Nation and pointed out four structural issues.

First, he said that the Government is in a position to turn the page and move towards a “post-pandemic” speech, a “new discourse that cannot be that of fear”, “accompanied with consistency of measures” in which the rules in sport have to “play” with those for the circulation of people.

According to the Observer, Marcelo Rebelo de Sousa also pointed out the existence of a “social crisis and an increase in inequalities”, “the most worrying reality in the short term”.

The execution of Recovery and Resilience Plan (PRR) is the biggest economic challenge facing the country and must be used to focus on structural reforms.

Lastly no political plan, the President said that it is necessary that the political system does not know situations that lead to “ungovernability”, and should opt for regeneration to preserve its vitality.

“Whoever is in opposition, whoever wants an alternative” cannot allow “the emptiness or the appearance of messianic or sebastian solutions” to settle in, stressed the head of state.

The health of the PSD

Marcelo left a word for “the oppositions” – read, a message to Rui Rio: “Whoever is in the oppositions, especially if you want to be an alternative, should draw attention to medium-long term horizons and to the social crisis that presupposes the resolution of economic problems.”

The health of the PSD worries the President of the Republic, who has been showing this concern in the hearings he held with the parties with parliamentary seats.

According to the diary, Marcelo understands that Rio can’t get votes in the center to transform the PSD into a credible alternative. In addition, it is making compromising strategic mistakes, such as the permanent desire to reach an understanding with the government of António Costa.

“The voids in the system”, he warned, can be occupied by “messianic myths” that will inevitably lead to “the degradation of institutions”. “That [ocupar os vazios e oferecer uma alternativa] it’s fundamental. This is what avoids the voids that feed inorganic phenomena.”

It’s no secret or hidden: Marcelo believes that the Government shows clear signs of wear, but does not dare to comment on a possible refurbishment.

“This is something that the President of the Republic must never clearly assume. Who must take the initiative is the prime minister. The prime minister must be the judge in this area”, he said, passing the hot potato to António Costa.

Still, he admitted that the subject has already been discussed in private conversations. “You can assume it in conversation with the PM, but not in public,” he said, quoted by Expresso.

In the program, the head of state insisted on pressuring the government to turn the page. “The Government can, tomorrow and after, open the way for what we all need, which is the discourse of transition from pandemic to post-pandemic“, he stressed, asking for a “speech for the positive, for hope”.

“I think the Government will define a new explanatory narrative, a new discourse, which can no longer be fear, fear, legitimate for a long period, it has to be a discourse for the positive, of hope, but must be accompanied by part of the health authorities of a consistency and coherence of the decisions taken”, he continued.

As for the social crisis, the “most worrying reality in the medium term”, the President gave the recipe for the resolution: “we need to grow not only much more than we have grown, but more than the economies that were behind us and that will grow either they overtook us or they are overtaking us, and that is a heavy challenge for everyone and difficult.”

About the PRR, he repeated the motto: “it is what it is“. And this means that “it doesn’t solve the fundamental problem”.

Digital Rights Charter in the TC

Although it is already in force, Marcelo has doubts about the constitutionality of the controversial article 6 of the Portuguese Charter on Human Rights in the Digital Age. Therefore, the President of the Republic says he is inclined to ask the Constitutional Court successive inspection.

“I must say that I found that standard very original, very, very original, because it didn’t do anything about the competence of the ERC [Entidade Reguladora para a Comunicação Social] and the rest were somewhat absurd intentions. I didn’t think it was clearly unconstitutional”, he began by saying, quoted by ECO.

“Nevertheless, the jurisprudence of the Constitutional Court has tightened up on the densification of rules in laws that may affect fundamental rights – even now another decision of unconstitutionality in the domain of gender identity has appeared, in which it went very far in the requirement” , pointed out the President.

At issue is the article that states that “the State ensures compliance in Portugal with the European Action Plan against Misinformation”, which says that “everyone has the right to present and have complaints assessed by the ERC against entities that carry out the foreseen acts in this article”.

The same article determines that it is up to the Condition support “the creation of structures of media verification of facts duly registered and encourages the attribution of quality seals by reputable entities endowed with the status of public utility”.