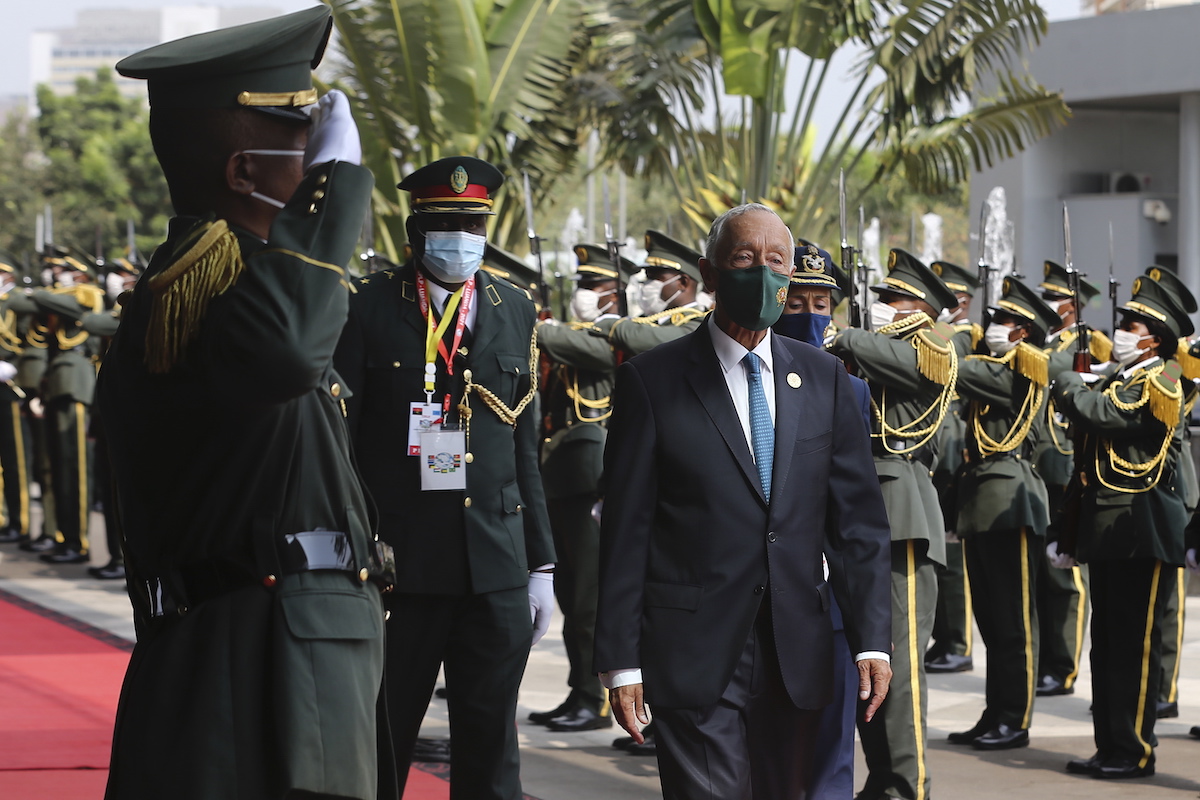 The Portuguese President said this Saturday that the Community of Portuguese Language Countries (CPLP) is preparing to take a great qualitative leap and defended that all Member States are committed to this international organization.

Marcelo Rebelo de Sousa made brief statements to journalists at the entrance to the XIII CPLP Summit, which began this morning in Luanda, after greeting the heads of state of Angola, João Lourenço, and of Cape Verde, Jorge Carlos Fonseca.

“Let’s take a new step, this one is different from the one we gave 25 years ago”, said the President of the Republic, in an allusion to the founding of the CPLP.

Then, referring to the mobility agreement that will be signed early this Saturday afternoon, the Portuguese head of State declared: “This qualitative leap was not expected to be possible”.

“At this moment, Angola, Brazil and all countries [da CPLP] are engaged, which is very important”, he emphasized.

Marcelo Rebelo de Sousa was also asked what he would do this Saturday, the day the prime minister, António Costa, turns 60.” We celebrated yesterday (at midnight) when [António Costa] arrived at the hotel. And let’s celebrate tonight. Let’s have dinner,” he said.

On Friday night, the President of the Republic, the Prime Minister and the Minister of State and Foreign Affairs, Augusto Santos Silva, were at a dinner hosted by the head of State of Angola, João Lourenço, which marked the 25th anniversary of the founding of the CPLP.

When the Portuguese party arrived at the hotel, after dinner, it was a few minutes after midnight. At the hotel reception, the President of the Republic, followed by all the members of the Portuguese delegation, began to sing “Happy Birthday” to António Costa.

Costa and Marcelo met with Vice President of Brazil

The prime minister and the head of State of Portugal met this Saturday with the vice president of Brazil, with António Costa highlighting the strengthening of bilateral relations and the objective of bringing Europe and Latin America closer together.

This meeting, between Marcelo Rebelo de Sousa, António Costa, on the part of Portugal, and the general Hamilton Mourao, on the Brazilian side, took place shortly before the beginning of the XIII Summit of the Community of Portuguese Language Countries (CPLP), in Luanda.

“I met, together with the President of the Republic, with the Vice President of Brazil, General Hamilton Mourão”, wrote the Portuguese Prime Minister, in his official account on the social network Twitter.

I met, together with the President of the Republic, with the VP of #Brazil, @GeneralMourao. It was a positive conversation about the strengthening of economic, scientific and cultural relations between two countries that, more than any others, bring Europe and Latin America closer together. pic.twitter.com/4w5qSpYk1z

According to António Costa, the meeting with the “number two” of the Brazilian State was “a positive conversation about the strengthening of economic, scientific and cultural relations between two countries that, more than any others, bring Europe and Latin America closer together”.

On Thursday, upon arrival in Luanda, the President of the Republic, in statements to journalists, rejected that there is a progressive withdrawal of Brazil from the CPLP, even considering that it is now “in a wave of higher bets” in this international organization.

At the CPLP summit in Luanda, Brazil is represented by Hamilton Mourão, 67, replacing the head of state, Jair Bolsonaro, who is suffering from serious health problems.

Marcelo Rebelo de Sousa considered that this idea of ​​Brazil’s withdrawal from the CPLP is not true, giving as an example the participation of the former Brazilian head of state, Michel Temer, who attended the summits in Brasília and Cape Verde.

“For this summit, in Luanda, there is the vice president, a particularly strong personality in the Brazilian institutional structure. The Brazilian president’s health problems are public and notorious”, he replied.

“I got the idea that Brazil is on a wave of greater bet on the CPLP and not on the wave traditionally said, which would involve looking at this reality in a bilateral way. No, my conviction is that Brazil follows this multilateral step: Doing what has to be done together”, he maintained.