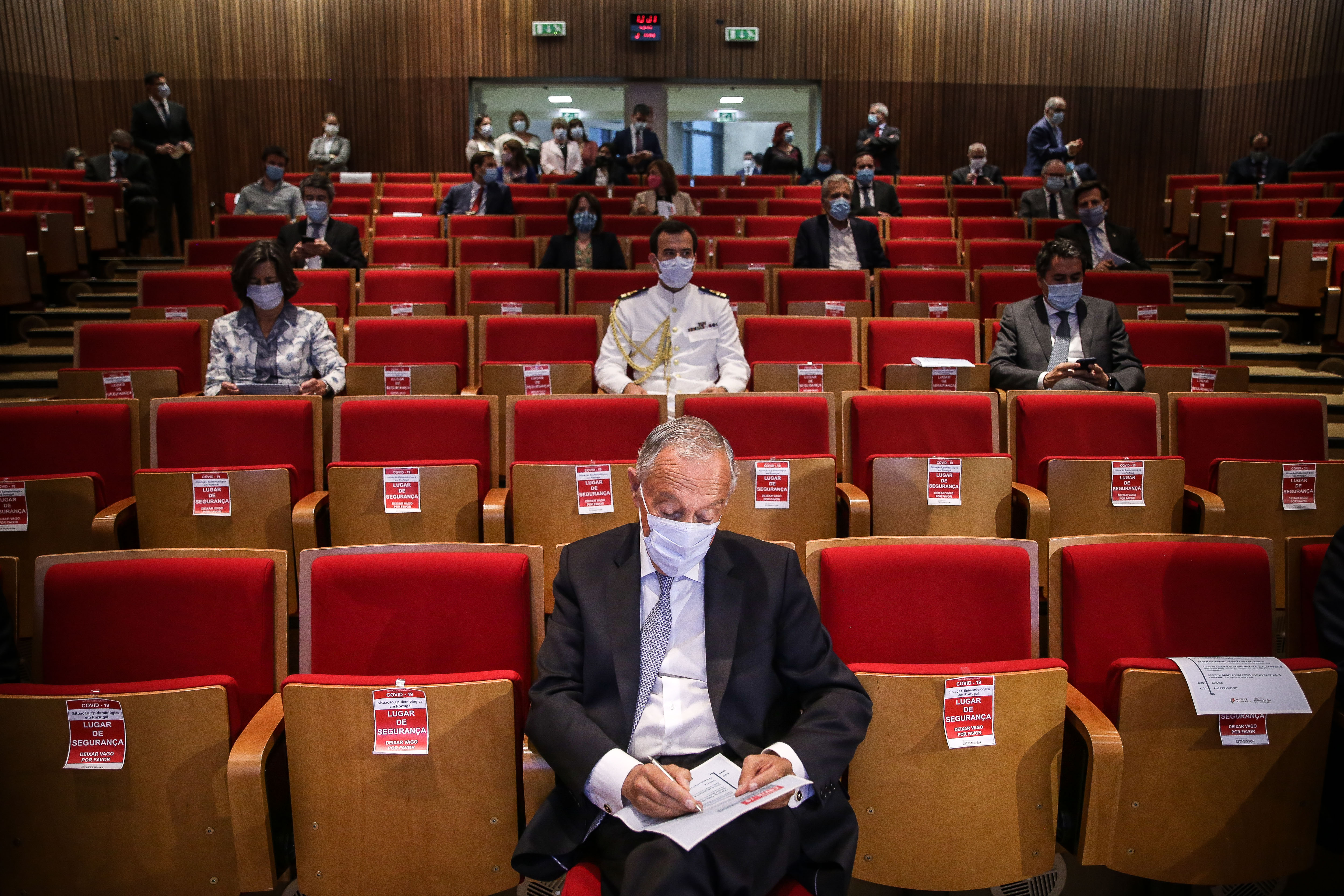 The President of the Republic stressed, at the Infarmed meeting, this Friday, that the “risks are going down”, so that “economic and social costs” must begin to be considered.

In a videoconference intervention, from the Palace of Belém, after listening to the presentations of the specialists at the Infarmed headquarters, Marcelo Rebelo de Sousa once again highlighted “the perception that risks are falling” and raised the issue of “public legitimation of the indicators and adopted health criteria”.

The President said that “the incidence” of new cases of infection does not go down, “but the incidence in the National Health Service and in the mortality numbers goes down” and considered that this “in terms of public legitimation is very important and in terms of weighting of values ​​too ”.

“From the beginning, the Prime Minister and myself, in Infarmed meetings, drew attention to the problem faced by political decision makers, and above all by the Government”, said Marcelo, who two days ago proposed a change in the risk matrix in face of the increasing immunity rate of the population.

The head of state stressed that whoever decides must “bear in mind the safeguarding of life and health”, on the one hand, but “Economic and social costs” for another.

“It’s poverty, it’s insolvency, it’s bankruptcy: these are economic and social situations that affect people’s fundamental rights. It seems evident the primacy of the right to life and the right to health when it comes to the high risks of mortality and serious risks of stress on the NHS. But it is no longer so evident, and requires a more careful consideration, when the perception is that these risks are going down ”, he maintained.

According to the online newspaper Observador, the head of state expressed several concerns, among which he also perceived whether or not there is a correlation between the increase in cases and the pressure on the NHS.

Marcelo considered that it is necessary to explain this change to the Portuguese, since it was him, as he insisted on stressing, that always used this criterion to ask for sacrifices.

At this Friday’s meeting, the experts proposed to maintain the current risk matrix. Andreia Leite, from the National School of Public Health at Universidade Nova de Lisboa, pointed out that there are still a lot of unknowns, namely the response of vaccines to new variants and the duration of immunity.

In addition, the researcher highlighted that “vaccination will help to maintain controlled values ​​of infection, so there is no justification for modifying the criteria”.

Already behind closed doors, writes the same digital newspaper, the experts answered the President’s questions and maintained their positions.

The person responsible for the vaccination plan, Vice Admiral Gouveia e Melo, recalled that it is in this sense that there is a attempt to speed up the process, hoping that, in August, the economy may be free again.

Andreia Leite, in turn, recalled that the vaccination cycles are not yet complete and also the lack of certainty about the time of immunization brought by the vaccine.

Also according to the Observer, also behind closed doors, the coordinator of the task force admitted that lists are out of date, with people who have died or who have changed addresses.