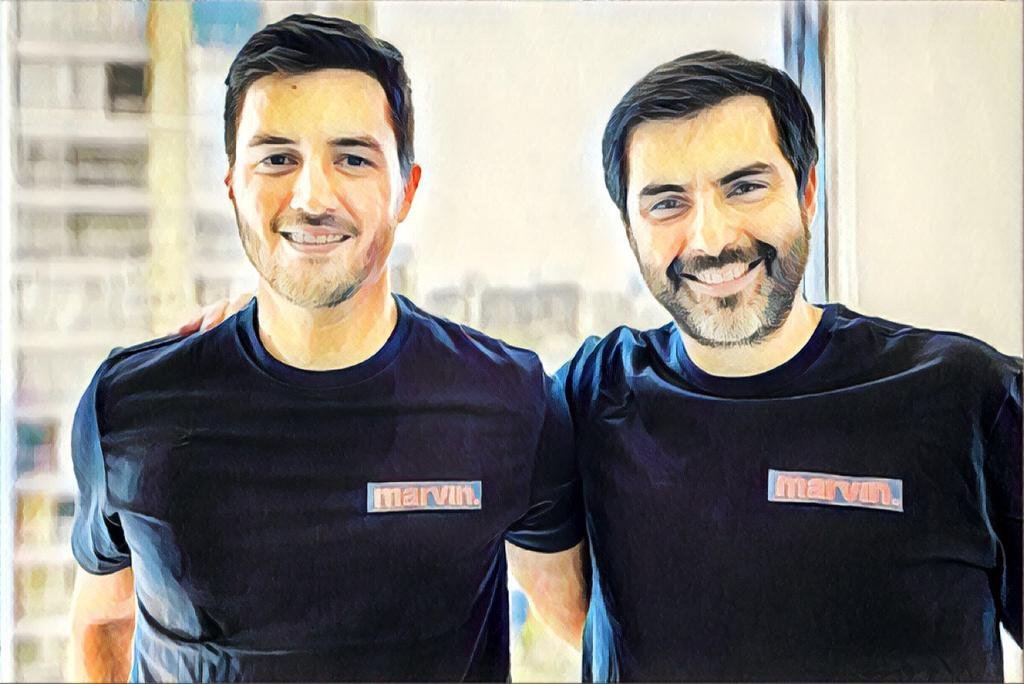 Bernardo Vale and Henrique Echenique, founders of Marvin: the company already has five major client industries and plans to transact R $ 500 million during the second half of 2021 (Marvin / Disclosure)

Founded three months ago, fintech Marvin won an investment from Mauá Capital that valued it at R $ 65 million. The high valuation for a newly created company comes from a bet by the manager, led by former Central Bank director Luiz Fernando Figueiredo, that the market for payment arrangements and prepayment of receivables is close to experiencing a revolution. The driver of change is BC itself, which, with Circular 3,952, tries to decentralize the market by creating a record of credit card receivables. After being postponed more than once, the measure is expected to take effect on June 7.

With an eye on the opportunities that arise with the new rule in force, Marvin was created by entrepreneurs Bernardo Vale, a former partner of the fintech Monkey Exchange, and Henrique Echenique, a former director of operations at Cerc. The idea of ​​the partners with fintech is to facilitate transactions between large industries and small retailers using credit card receivables.

“Imagine a non-flagged gas station owner. He needs to buy gasoline from the supplier in cash, but receives payments made by card within 30 days. In order to manage the operation, he advances the receivables, paying a fee for the service. Our idea is to enter the middle of the chain to ensure that the supplier industry itself is able to give the customer more time, ”says President Bernardo Vale in an interview with EXAME IN.

The way that Marvin found to guarantee the satisfaction of both ends – retailer and industry – is the exchange of ownership of receivables in the registrars. Thus, following the entrepreneur’s example, a gas station could give its credit card receivables directly as payment for gasoline. For the supplying industry, the risk of not receiving is low, since those who guarantee payment are acquirers such as Cielo and Rede.

“Our revenue will come from a fee charged for the service to change the ownership of the receivable at the registrar. The anticipation cost today is around 1.5% per month, we will charge at least a fifth of that ”, says Vale. The operation, which is being tested with the first five client industries, needs the standard to take effect in June in order to start. Fintech’s projection is to trade at least R $ 500 million over the second half of the year.

For investor Luiz Fernando Figueiredo, Marvin’s rapid positioning in this market that has not yet been born was what motivated Mauá’s investment, which does not usually invest in the venture capital market. The manager does not reveal the value of the investment, but says that he bought a relevant minority stake in the business, more than 10%. “I have always been very interested in everything related to payment systems. The new circular that goes into effect in June will open up a giant opportunity for agents other than banks, so we thought it made sense to invest in Marvin,” says Figueiredo.

From 1 to 5, what is your reading experience at EXAME?