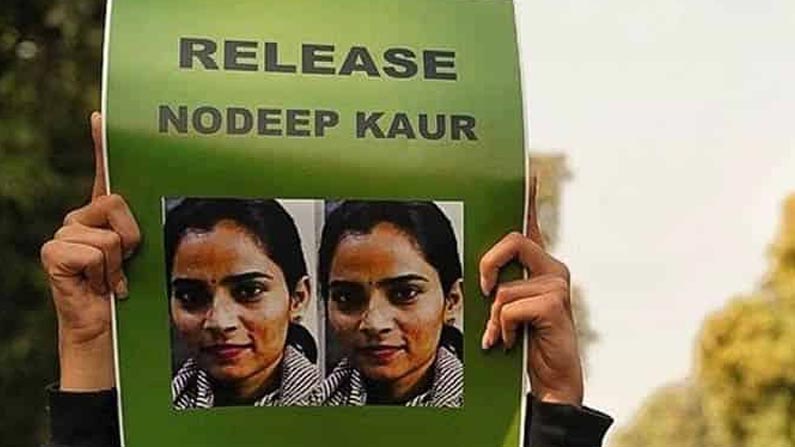 Meena Harris: No matter how big the journey, I say start with a single step. This is the purpose of my life ..

Meena Harris: I have said that no matter how big the journey, it starts with a single step. There is no doubt that this proverb applies to the purpose of life, to hit .. to breathe free gases .. to movement struggle .. However, in the light of the current developments in the country, the same is true of Navdeep Kaur, a 23-year-old Dalit woman who was recently arrested in a case. Navdeep Kaur was arrested by the police on the pretext of showing solidarity with the peasant movement and committing atrocities against fellow women workers. One of them is her mother and the other is her sister. But India is not the only one with a single tweet. The whole world is standing by Navdeep Kaur. She wants to be released immediately. Who is Navdeep Kaur? Why did the police arrest her? Who tweeted in her favor? How did so much following come about? Let us now learn in detail.

Navdeep Kaur, a 23-year-old Dalit woman from Punjab, came to Delhi to work in a factory to help her family, who were in dire straits due to the Corona crisis. However, in the area where she works, farmers have started fighting against the agricultural laws brought in by the central government. Navdeep Kaur, who was stunned by the farmers’ movement, declared solidarity with their movement. Not only that .. She also worked hard to fire many people in the factory where she works. Navdeep Kaur joined the ‘Mazdoor Adhikar Sanghatan’ in this order. She blamed the atrocities on women workers in the factory. The factory ownership exposed the players.

The industry owners who took Navdeep Kaur’s actions seriously .. conspired and filed cases against her. Police arrested Navdeep Kaur on January 12 on the basis of cases filed by industry owners. Attempts for bail, however, were unsuccessful. If so .. there are rumors that Navdeep Kaur is being tortured in jail. She was unable to walk for two days after her arrest. It is becoming clear how the police treated her. Not only that .. Here is another sensational thing that came to light. Navdeep Kaur underwent medical examination and it was confirmed that the police had beaten her on the genitals with a stick. Medical experts concluded that she was bleeding because of that. It has been exactly 28 days since Navdeep was arrested. During these few days, the police tortured her so much .. Will she be kept alive? People are expressing doubts. It is against this backdrop that the whole world is moving in her favor.

Although Navdeep Kaur’s family members are deeply saddened by the atrocity, the fight is still considered suffocating. ‘We are being tortured there in jail. Fellow inmates informed us that she noticed bleeding from between her legs. We were upset but not scared about this. However, her mother sent word to her sister that she would not be able to live if she fought. Our older sister is also very brave. She will continue to fight till her last breath, ”Navdeep Kaur’s younger sister Rajveer Kaur told media.

Meena Harris tweeted a photo of some people burning, along with a photo of protesters demanding the release of Navdeep Kaur. “It is surprising that an extremist gang set our photo on fire. Imagine what the situation would be like if we were in India. Police have taken into custody 23-year-old Navdeep Kaur, who is fighting for workers’ rights. She was brutally tortured. He was also subjected to sexual harassment. She is being held in jail for more than 20 days and is being held without bail, ”Meena Harris tweeted. The whole world was shaken by this single tweet. NRIs in the country and abroad are responding. They are demanding the release of Navdeep Kaur.

Weird to see a photo of yourself burned by an extremist mob but imagine what they would do if we lived in India. I’ll tell you—23 yo labor rights activist Nodeep Kaur was arrested, tortured & sexually assaulted in police custody. She’s been detained without bail for over 20 days. pic.twitter.com/Ypt2h1hWJz

Swami Vivekananda: Today is a special day for the city of fortune .. exactly the same day 128 years ago ..