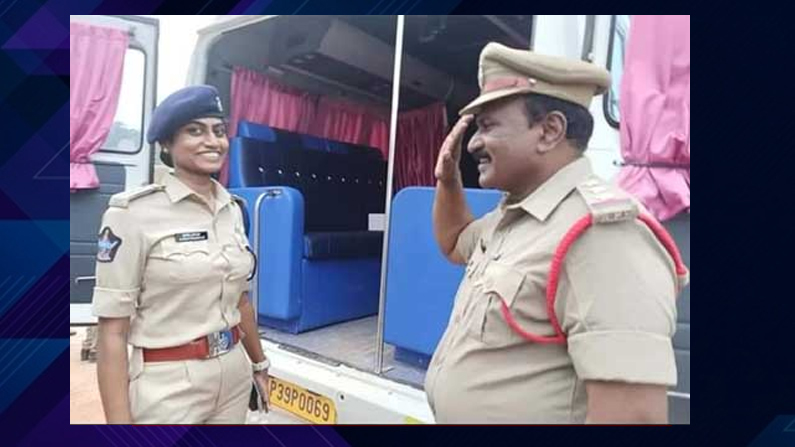 There was joy in the father’s eyes as his daughter was in a position older than him. Shyam Sundar as CI ..

There was joy in the father’s eyes as his daughter was in a position older than him. Shyam Sundar, who is a CI, is currently circulating on social media a photo of himself saluting his daughter who is a DST. The scene was seen as part of the Police Tuty Meet 2021 event held in Tirupati. The photo of the father saluting the daughter went viral on social media. Netizens reacted to this in various ways. Recently megastar Chiranjeevi also responded.

Megastar Chiranjeevi shared the photo on his Twitter account. “The photo shows father CI Shyam Sunder and daughter DSP Jesse Prashanti. I saw the bold contentment, the pride, the love in the salute that the father made when the child, who had grown up on his chest, came to be an officer over him. Salute to Samsunder. Spoori to the other two of you, ”he tweeted.

In this photo is the father-daughter
Father CI ShyamSunder
Daughter DSP Ms.Jessi Prasanthi
I saw a lot of satisfaction, pride and love in the salute made by that father when the child, who was raised on his chest, came as an officer over him.
ShyamSunder garu ..
i SALUTE you.Inspire two of you https://t.co/HZZiSdNDAv