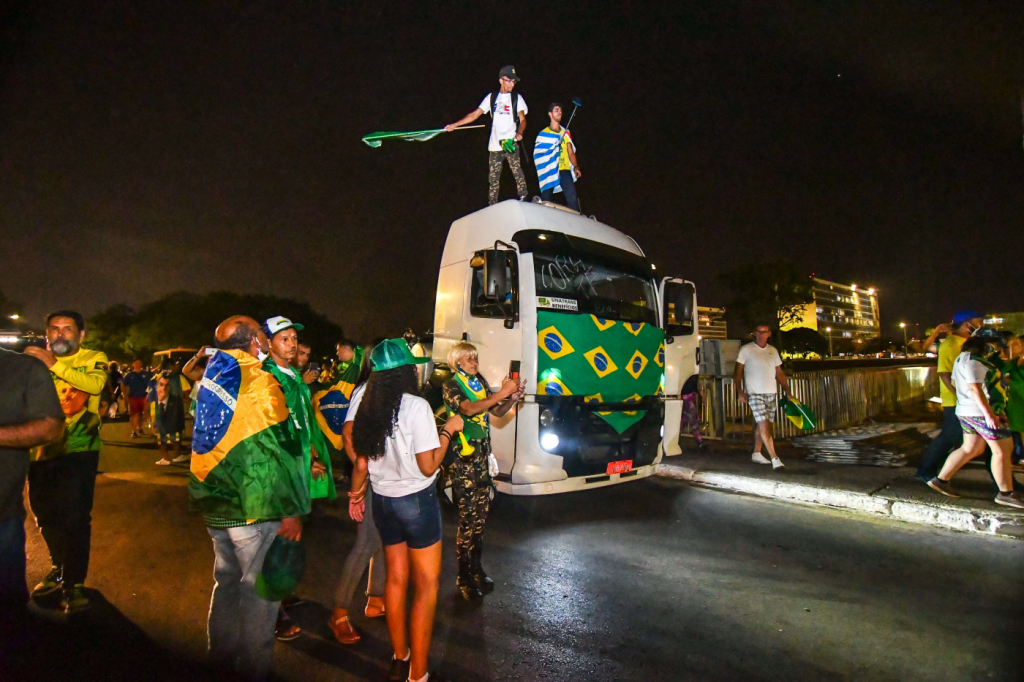 Hundreds of protesters in favor of the government of Jair Bolsonaro (no party) managed to enter the Esplanade of Ministries, in Brasília, and filled the place on the night of Monday, 6. Entry to the place was prohibited, but the protesters were released by the Military Police. In the videos, it is possible to see hundreds of protesters wearing clothes from Brazil and with banners with phrases in support of Bolsonaro and against the ministers of the Supreme Federal Court (STF). In addition, protesters use trucks and make a horn in the region. Because of this, the traffic in the federal capital had to be changed in some stretches. The episode took place hours before the realization of acts in favor of democracy and freedom of expression that will take place on September 7 in several cities across the country. Groups intending to take to the streets anticipated and disembarked in Brasilia already on the weekend. The camps were set up in two different locations in the federal capital and supporters parked their means of transport (buses, trailers, motorcycles and cars) at the location. Check out some records:

PEOPLE ON THE ESPLANADE!!! pic.twitter.com/pIfMtGQ6zA

Local police tried to stop the movement here in DF. But, it wasn’t possible, and the PATRIOTS take over the Esplanade of Ministries! 🇧🇷 pic.twitter.com/b60ZHDMq6S