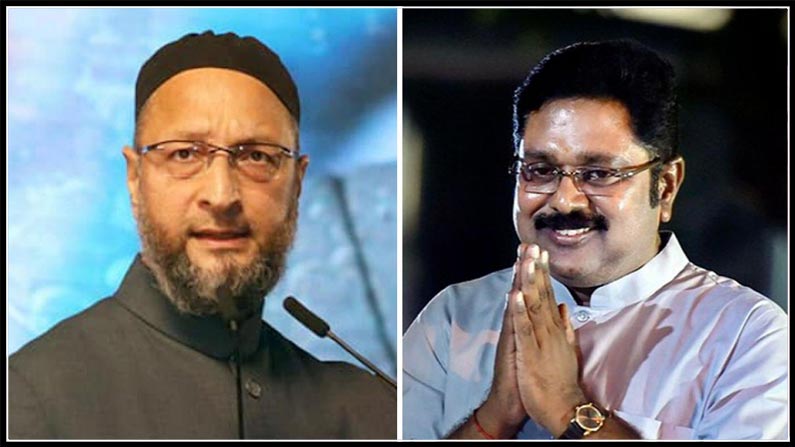 Hyderabad MP and MIM chief Asaduddin Owaisi is fielding his party in the upcoming elections in Tamil Nadu. The party has formed an alliance with TTV Dinakaran-led Amma Makkal Munnetra Kalagam (MMK). Dinakaran tweeted that MIM has been allotted three seats. He said MIM candidates would contest in Vaniyambadi, Krishnagiri and Shankarpuram constituencies. It is learned that the Tamil Nadu MIM department has handed over the list of candidates to Asaduddin Owaisi, stating in which seats they want to field their candidates in the state. Information that it has made it clear that it wants to contest for 20 seats from Tamil Nadu and 2 seats in Puducherry. But in the end, it seems that only a few seats in Tamil Nadu have been secured for the party. In fact, despite the Majlis’ interest in joining hands with the DMK in the state, parties like the Indian Union Muslim League and Manithaneya Makkal Katchi have been reluctant.

Probably a factor as to why they’re doing so poorly – MIM Dinakaran seems to be allied with the party. The OIC said it would announce its decision tomorrow. They also need to discuss with their senior leaders. But it is good news that Dinakaran informed about this through Twitter on Monday. State MIM president Vakil Ahmed said they would contest in three constituencies in Tamil Nadu. He said he was confident of success in all three positions. He expressed happiness over the alliance with Dinakaran’s party. The MIM seems to be mainly focused on these Muslim-majority constituencies in Tamil Nadu. The OIC, however, is expected to officially announce its decision on Tuesday.

In the 2016 elections, MIM fielded Vakil Ahmed as its candidate. He garnered about 10,000 votes. MIM was able to capture almost 6 percent of the vote. However, he lost the election to the AIADMK candidate.