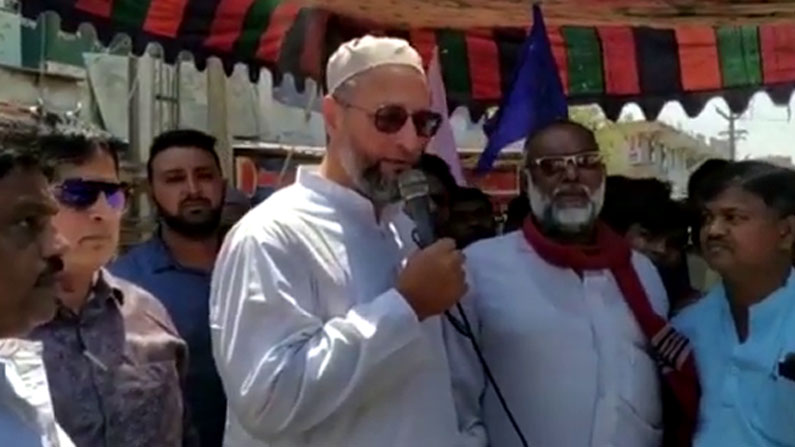 Protests from trade unions over the central government’s decision to privatize the Visakhapatnam steel industry have intensified. Various trade unions are holding roadblocks and roadblocks. As part of the movement the AP bandh continued entirely under the auspices of the Visakhapatnam Steel Conservation Committee. Several parties, including the ruling YCP, have expressed solidarity with the AP bandh. They have voiced their opposition to the privatization of state-owned enterprises. In this context, the Majlis party leader, Hyderabad MP Asaduddin Owaisi declared his support for the workers.

Hyderabad MP Asaduddin Owaisi expressed solidarity with the trade unions’ struggle against the privatization of Visakhapatnam steel. The central decision to privatize state-owned enterprises is inappropriate. They said they were against the privatization of public sector companies. He condemned the ill-considered decisions taken by the central government. He was on his way to Adoni town to participate in the Kurnool district municipal election campaign in Andhra Pradesh on Friday.

Asaduddin recalled that many people had sacrificed their lives for the steel industry to come to Visakhapatnam. He said that Visakhapatnam steel was the right of Andhras and warned the central government to reverse its decision to outsource it. He raised the issue in Parliament and promised to put pressure on the Center. However, the MIM party, which is branded as an old-fashioned party, has recently contested several state assembly elections and won several seats. In the Adoni municipal elections, several candidates stood in the field on behalf of the MIM party. Asaduddin went to Adoni to campaign in support of them.

That’s why I had to go into debt .. Corona completely damaged the financial situation – Buggana

The pink boss who changed the strategy on the Sagar sub-battle .. Who among these five is the chief blessing ..?