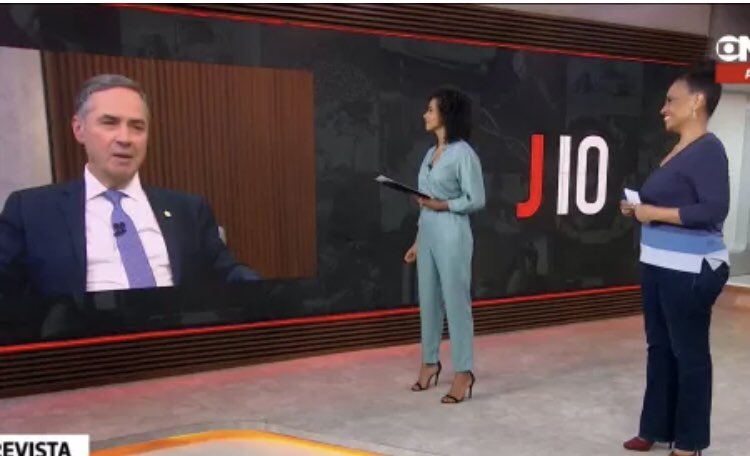 President of the TSE participated in the J10 program, on GloboNews, presented by journalist Aline Midlej this Monday

Reproduction/ GloboNewsAt the time of the speech, journalists looked uncomfortable

the president of TSE (Superior Electoral Court), minister Luis Roberto Barroso, caused discomfort when using a racist term during interview with the channel GloboNews on Monday night, 4. When greeting journalists Aline Midlej and Flávia Oliveira, both black, he used the term ‘white envy’ to say that he wanted to be in the Rio de Janeiro just like them. “White envy of you who are there in Rio. By the way, this phrase is already politically incorrect, it used to be said that”, the minister corrected himself. The presenter, Aline, responded immediately. “Minister, I was going to say that. I looked at Flávia like that, out of the corner of my eye. Such an elegant minister, so caring. We are constantly learning, everything is fine”.

The minister then apologized for the speech. “Sorry, sorry, immediately. In life, people must know how to apologize. So I will start again. Good night, Aline, good night Flavia, I’m glad you’re there in Rio. Brasilia“he stated. The term ‘white envy’ is widely criticized for associating the idea that a positive thing is associated with white. In this sense, that envy is a bad thing, but by being classified as ‘white’ it is softened.