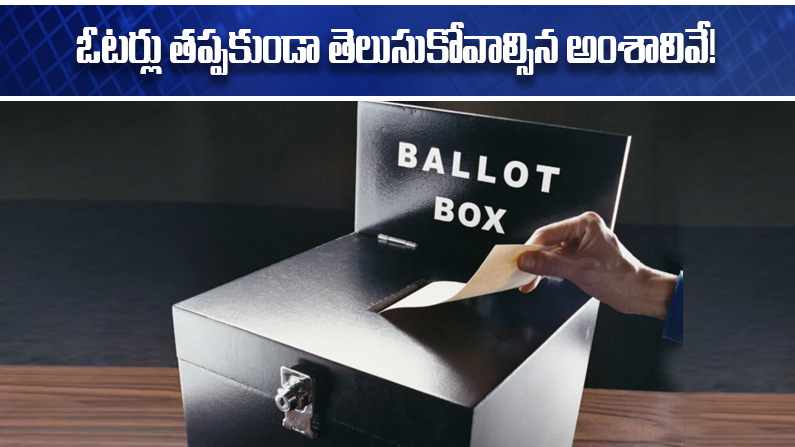 Candidates and political parties are educating graduate voters on how to vote in MLC elections. There are a few things you must know when voting in an MLC election. Aventante ..?

Graduate Constituency MLC Elections: The time is approaching for the graduate election voting in Telangana. With a large number of candidates in the ring, many graduate voters are confused about the voting process. In addition, compared to the last 2015 MLC election .. The number of newly registered graduate voters is also huge. In the Hyderabad-Rangareddy-Mahabubnagar constituency, however, the graduate electorate has more than doubled. In addition, the number of candidates has tripled.

The Warangal-Khammam-Nalgonda Graduate MLC constituency saw a huge increase in the number of voters. Candidates were also in large numbers. There is speculation that second-preference votes will be crucial as there is fierce competition among candidates. Candidates and political parties are educating graduate voters on the voting process in the upcoming MLC elections. Candidates are requesting voters to cast at least a second preference vote if the first preference cannot be cast at the same time.

There are a few things you must know when voting in an MLC election. Aventante ..?

# Ballot paper only contains the names of the candidates. Party symbols (symbols) are not printed next to their names even if they are contesting on behalf of political parties. If the candidates of the parties win, the certificate issued to them mentions which party they represent.

# Votes must be cast on a priority basis. They have to put the number 1 in the box next to their name to whom they want to vote. Don’t tick. Also it is not valid to mark the vote in any other way. Only number‌ should be entered. The vote is invalid even if it is written in letters.

# No matter how many priorities you give without giving first priority (No. 1) that vote is invalid.

# Giving the same number to two candidates invalidates the vote.

# Use the sketch pen given at the polling station to draw numbers on the ballot paper.

# Do not write, sign or fingerprint names on ballot paper. Failure to mark the ballot with numbers will result in any writing on the ballot being deemed invalid.

# Voting may also be by postal ballot if in other places as part of duty management. This requires following a set procedure. Authorized officer attestation is required

A formula to determine the winner

# After the counting of votes a certain formula will be followed to decide who will win. However, not technically, but roughly 50% of the valid votes in the polls should be + one vote. For example, if 3,60,020 votes are valid, then half of them must be 1,80,010 votes + 1. If at least 1,80,011 first-preference votes are cast, the winner is announced without seeing the second-preference votes.

# The candidate who gets the lowest number of votes among all the candidates in the ring will be excluded from the contest. Each vote cast for him is taken and the second priority (No. 2) is added to the vote. If there are two in the final with equal votes ఎవరి then who will be eliminated first will be decided by draw.

# Elimination‌ starts from the candidate with the lowest number of votes. After the last candidate అభ్యర్థి the candidate who is on his top will take the second preference votes for counting. I.e. gradually rising from the bottom.

ALSO READ: Imran Khan’s husband in office .. Army on the one hand .. Opposition on the other hand .. Should he resign?

ALSO READ: Conflict for some after the attacks .. Sadness for others .. Is it a sympathy workout?