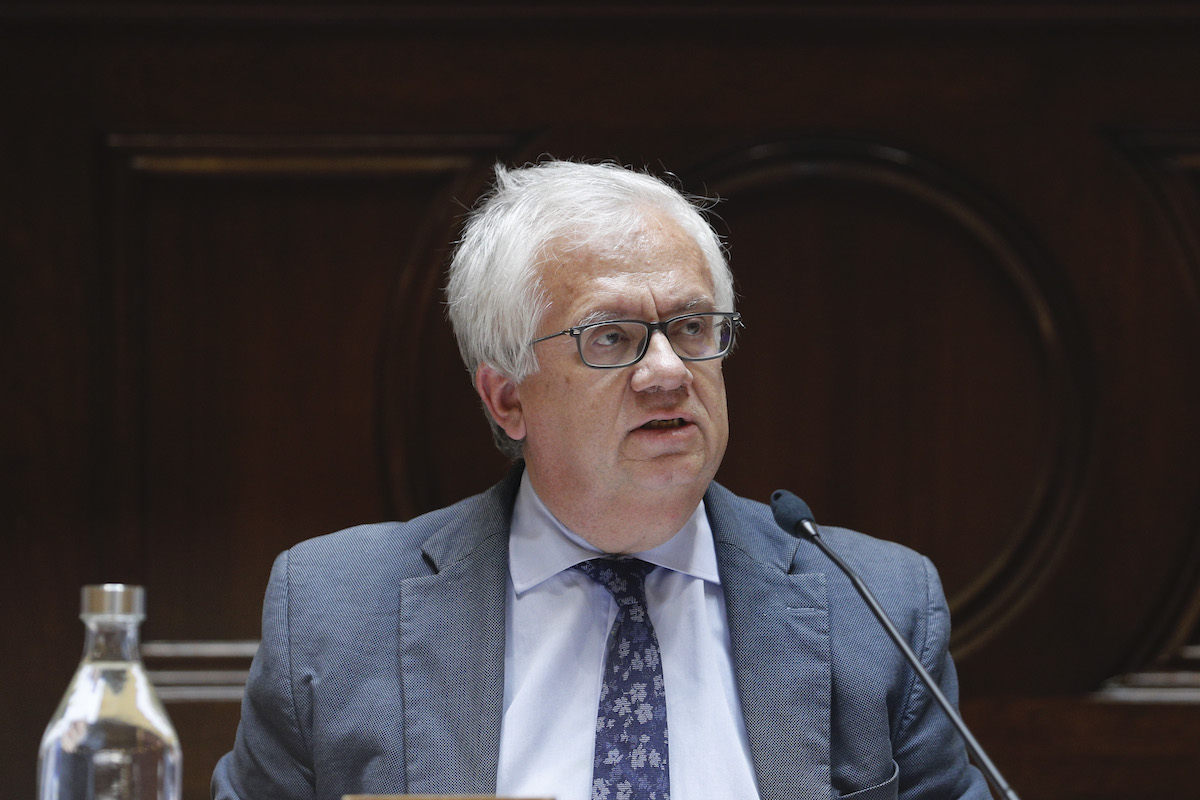 The majority of the parties defended, this Thursday, that the restructuring of the SEF must pass through the Assembly of the Republic, but the Minister of Internal Administration refuted this request, considering that the SEF “is not a security force”.

In a debate on the restructuring of the Foreigners and Borders Service (SEF), marked with regard to a draft resolution of the CDS-PP, which requires the Government’s proposal to be voted in the Assembly of the Republic, Eduardo Cabrita explained the reasons why the amendment to the SEF should not pass through Parliament.

The minister underlined that “apparently he is totally in agreement with the opinion” of the constitutionalist Jorge Miranda, who argues that the reorganization of the SEF “enters the absolute reserve of legislative competence of the Assembly of the Republic” and that “an eventual reorganization by the Government, nor that with legislative authorization (…), it would be patently unconstitutional ”.

However, according to Cabrita, changes in the security forces are “a matter of absolute reserve of competence in the Assembly of the Republic, but, in this case, there are“ some small problems ”.

“SEF is not a security force, is a security service. The nature of its personnel has characteristics different from those that apply to the GNR military or PSP agents, it has differences as subject to the general regime of work in public functions, not to specific codes. You have the right to strike, which does not exist in PSP and GNR ”, he explained.

“We will be here to fully discuss all solutions at the political and legal level within the framework of what are the Government’s own competences to execute its program and what is parliamentary responsibility, namely within a framework of parliamentary appreciation if that figure is exercised,” he said. .

In the same debate, the minister announced that the Government had decided to enact civil requisition by SEF inspectors at airports following the strike scheduled for June by the Union of SEF Investigations, Inspection and Frontier Inspectors (SIIFF).

The minister also announced that the organic diploma that will create the new Foreigners and Asylum Service (SEA) will be approved by the end of the first semester this year.

Eduardo Cabrita also advanced that the process of transferring the current inspectors to other entities will take place until the end of the year, “with the safeguarding of the career, of the rights and respect for the service that they have provided to Portugal and to the Portuguese”.

“There is nothing secret here, there is a program that was presented and voted on, there is a meeting of the Superior Council for Internal Security that took place in January, meetings held with all SEF workers’ unions and that established a methodology and a timetable ”, he said.

The minister stressed that there were deadlines, which passed, firstly, for the approval of a resolution of the Council of Ministers that adopted the “political guidelines” and “until the end of the first semester for the approval of the organic diploma that institutes the new Foreigners Service. and Asylum ”.

According to Cabrita, the future SEA will have a “nature of general management” and not of “force or security service”, nor of “criminal police organ”.

This restructuring has been strongly contested by the unions of SEF inspectors and employees.

This Thursday, at the opening session of the conference “The importance of SEF in the Internal Security System”, held in Lisbon, the president of the SEF Research and Inspection Career Union, Acácio Pereira criticized that the “extinction” of this institution be used for “Save the head” of the minister Internal Administration.

“The SEF cannot be used to save the minister’s head” when the intention is to “extinguish the SEF”, through a restructuring that leads to the “loss of specialization, knowledge and capacity” of a fundamental service in the prevention of terrorism , human trafficking and illegal immigration.

According to the union leader, before the pandemic and the isolated case that led to the death of Ukrainian citizen Ihor Homeniuk, “it would be unthinkable that SEF was on the verge of extinction ”.

Given the gravity of the “Ihor Homeniuk case”, Acácio Pereira believes that the minister should have reinforced the SEF with means he does not have, after decades of “divestment”, instead of intending to carry out, on the margins of Parliament, a restructuring and reform of the institution, which, in practice, means its extinction, by removing the police functions from SEF inspectors.

“End with the SEF does not solve any problem and creates a sea of ​​other problems ”, said Acácio Pereira, noting that without the SEF the security system“ goes limp ”, because the institution is a“ piece full of experience and knowledge ”in this matter, which is for the protection of the country and of the European Union.

“Without SEF, the security of Portugal and the EU would be weakened in the face of human trafficking and in the assistance provided to immigrants”, insisted the union leader, praising the presence and solidarity in this conference of people and ex-governors who belong to the party in the Government (PS).

“Today, it is not easy to give the body to the bullets by SEF, when one belongs to the same party as the minister”, he concluded.