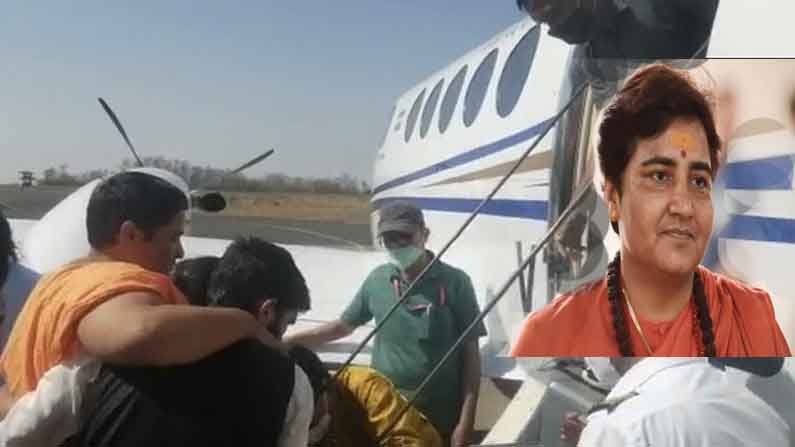 Bhopal MP and BJP leader Pragya Singh Thakur has once again fallen ill. She was shifted to Mumbai for treatment.

MP Pragya singh thakur gets ill again : Bhopal MP and BJP leader Pragya Singh Thakur has once again fallen ill. She was shifted to Mumbai for treatment as she was suffering from a respiratory problem. Her office said on Saturday that she was airlifted to Kokilaben Hospital in Mumbai on a special flight for special treatment after her aides informed her that she was ill. She is currently under medical supervision.

MP Sadhvi Pragya has been suffering from a series of illnesses recently. This is the second time in less than a month that she has been admitted to the hospital. On February 19, she was taken to the All India Institute of Medical Sciences (AIMS) in New Delhi with similar problems. Hutahutina was rushed to a Mumbai hospital with fresh breathing difficulties. It is learned that she joined Aims in December 2020 with Kovid symptoms.

If this is the case, then Pragya Singh Thakur is the accused in the 2008 Malegaon blasts case. She was granted bail in 2017. In the 2019 Lok Sabha elections, she defeated Congress candidate Digvijay Singh in the Bhopal constituency in Madhya Pradesh. He won by a margin of 3.6 lakh votes.

Moreover, Pragya Singh Thakur, who is known for her controversial speeches, has also made the controversial statement that the assassin who killed Mahatma Gandhi, Nathuram Godse, was a patriot.

Read Also .. Agricultural Laws: The Farmer’s Hall heard all over the world