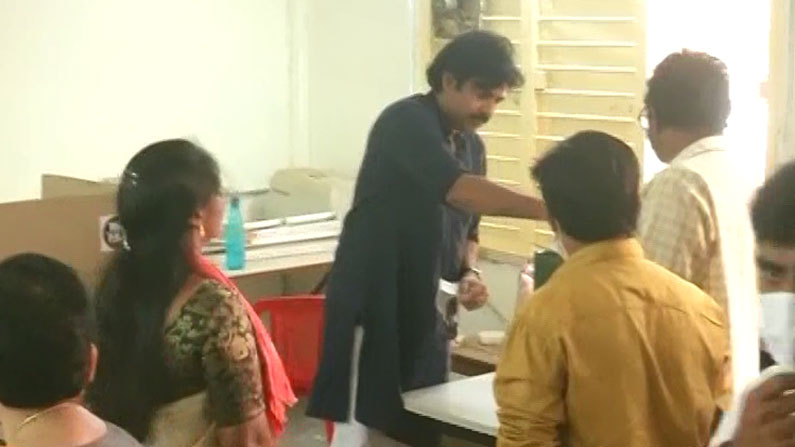 Also, MLC Ashok Babu and former MP Gokaraju Gangaraju also exercised their right to vote. Of the total 2,214 divisional and ward seats in the state, 580 are already unanimous and elections are being held for the rest. A total of 7,549 candidates are contesting in the municipal elections while 77,73,231 are exercising their right to vote.

He spoke to the elderly, young and women voters. Asked about the reaction of voters on the polling and queue lines, SEC appealed to everyone to exercise their right to vote. He congratulated the 75-year-old Tankasala Subbamma for voting. SEC said that people like you are an inspiration to the community.

Municipal Elections 2021: Half of the seats in Tirupati Corporation are already unanimous.