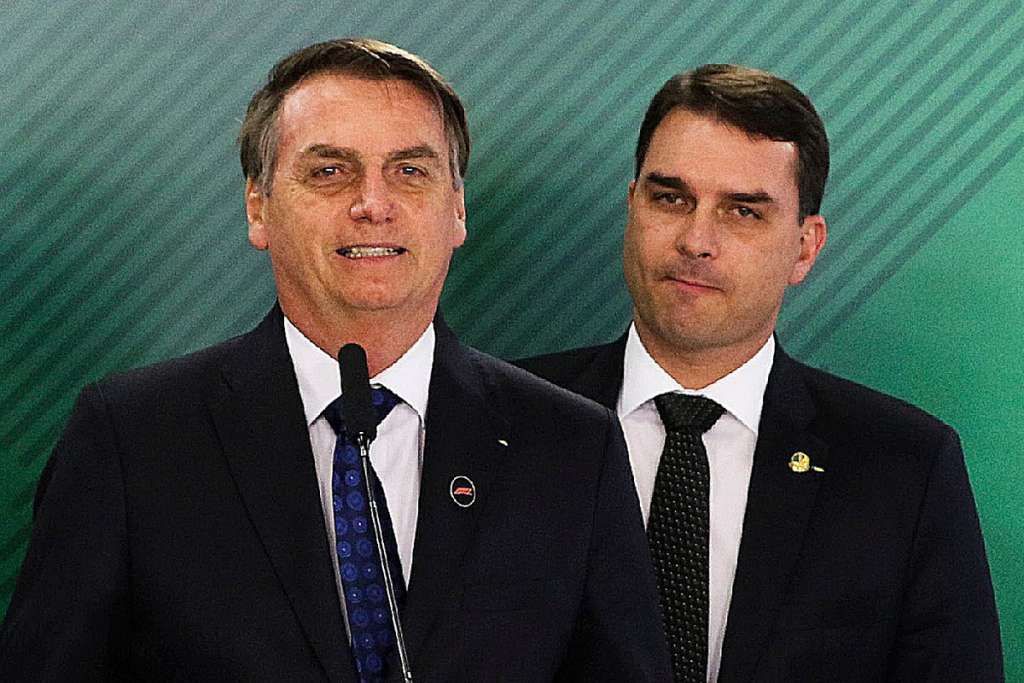 In an audio released by the portal ‘UOL’, former sister-in-law of President Jair Bolsonaro says that the head of the federal Executive fired her brother because he refused to hand over most of his salary to the then federal deputy

Valter Campanato/Brazil Agency‘Flávio Bolsonaro trusts in Justice and is sure that the truth will prevail,’ says defense statement

the senator Flavio Bolsonaro (Patriota-RJ) stated, on Monday, 5, that the recordings in which Andrea Siqueira Valle, former sister-in-law of the president Jair Bolsonaro, states that the head of the federal executive fired his brother, André Siqueira Valle, because he refused to hand over most of his salary to the then federal deputy is “another ingredient in the narrative they are trying to set up against the Bolsonaro family.” In the audios, revealed by the portal UOL, Andrea also tells an interlocutor that Fabricio Queiroz, former advisor to the parliamentarian and denounced by the Public Ministry of Rio de Janeiro (MP-RJ) in the “cracking” scheme in the office of the then state deputy in the Legislative Assembly of Rio (Allerj), was not the only one who collected the salaries of the current senator’s employees. Most of his salary, he claims, was collected by Army Reserve Colonel Guilherme dos Santos Hudson.

According to a report from UOL, the crack scheme was also made by Jair Bolsonaro during the period in which he was federal deputy, from 1991 to 2018. “André was a lot of trouble, because he never returned the right money that had to be returned, understand? I had to return 6 thousand reais, André returned 2 thousand, 3 thousand. It was such a long time. Until Jair took it and said: ‘Enough, you can take him out because he never gives me back the right money’”, says Andrea in one of the recordings obtained by the portal. André and Andrea are brothers of Bolsonaro’s ex-wife, Ana Cristina Siqueira Valle, mother of the president’s youngest son, Jair Renan. Andrea was an advisor to the then federal deputy Jair Bolsonaro between 1998 and 2006. After that, she worked in the office of councilor Carlos Bolsonaro between 2006 and 2008 and Flávio, then at Alerj, between 2008 and 2018. Her brother, André, works in the office by Jair Bolsonaro between November 2006 and October 2007.

In another excerpt of the recording, Andrea Siqueira Valle says that he knows a lot that can “screw up Flávio’s, Jair’s, Cristina’s lives”. “That’s why they’re afraid and tell me to be quiet”, she explains. “Clandestine recordings, made without legal authorization and in which it is impossible to identify the interlocutors is not an expedient compatible with healthy democracies. The defense, therefore, is prevented from commenting on the content of this alleged audio presented by the report. About Andrea Siqueira Valle, the defense claims that she worked at Alerj and fulfilled her journey within the rules defined by the assembly. Flávio Bolsonaro, in his parliamentary activities, did not have the role of supervising and guiding the way in which the server used her salary. During the time he was a state deputy, he never received information or a complaint that there was any irregularity in his office or in relation to the payment of employees. Therefore, the idea that the congressman participated in any irregular activity is nothing more than an insinuation and fantasy. This is just one more ingredient in the narrative they are trying to set up against the Bolsonaro family. Flávio Bolsonaro trusts the courts and is sure that the truth will prevail”, say lawyers Luciana Pires, Rodrigo Roca and Juliana Bierrenbach, who represent Flávio.