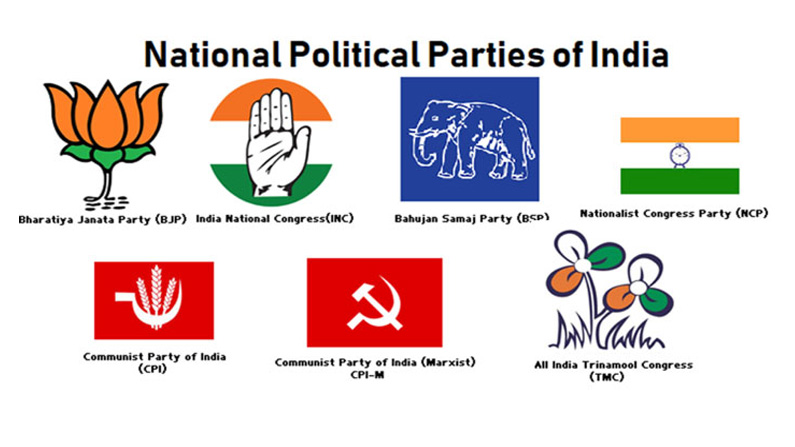 From Kashmir to Kanyakumari, from Arunachal Pradesh to Ahmedabad, there was a war of words between the ruling opposition. Although the people of the country are confined to their homes with Corona .. the political heat has not abated at all.

From Kashmir to Kanyakumari, from Arunachal Pradesh to Ahmedabad, there was a war of words between the ruling opposition. Although the people of the country are confined to their homes with Corona .. the political heat has not abated at all. The year 2020 is set to be a turning point in the country’s political arena. The lotus blossomed in the north and the pieces moved to pave the way to the south. Rebels MLAs have made the TDP without a kunku as the Congress has revolted against the Congress. On the other hand, it must be said that there was a slight break for TRS in Telangana. Overall 2020 yielded mixed results.

Fierce fighting erupted in Bihar Assembly elections. The BJP-JDU alliance won while the RJD-led grand alliance lost. The BJP-JDU alliance won 124 seats out of a total of 243, while the RJD won the highest number of 76 seats. The BJP came in second with 73 seats. The JDU, the party of CM Nitish Kumar, which won 71 seats in the last elections, will be limited to 43 seats this time. In the grand opposition, the RJD won 76, the Congress 19 and the Left 16 seats. The Grand Alliance won 111 seats, including MIM 5, Independent 1, LJP 1 and BSP 1.

Congress leader Jyotiraditya Scindia resigned from the party and joined the Kamalam Tirtha. The Kamal Nath government fell after Scindia and 22 other MLAs left the party.
As a result, BJP senior leader Shivraj Singh Chauhan was elected Chief Minister. The BJP has 107 MLAs in Madhya Pradesh, which has a total of 230 members. With the resignation of Congress MLAs, the party has only 92 members left. As a result, the strength of the House was reduced to 206, while the strength required to prove a majority was only 104. As a result, the BJP was easily defeated.

Rajasthan Congress leader Sachin Pilot has raised the banner of rebellion. Chief Minister Ashok Gahlot was at odds with 18 MLAs. Rahul Gandhi and Priyanka Gandhi had to work hard to bring the month-long affair to a head. Finally Sachin came back. As a result the government was left without Dhoka.

South superstar Rajinikanth has left fans deeply disappointed. God forbid he follows Arunachal and declares that he is no longer in politics. Rajinikanth, who had initially announced that he would announce the party on December 31, was later admitted to the Apollo Hospital in Hyderabad with an illness. Under pressure from family members, he eventually withdrew from the party. Meanwhile, another senior actor Kamal Haasan is gearing up for the upcoming Tamil Nadu Assembly elections.

In Kerala, the CPM-led Left Democratic Front (LDF) won the local body elections. The Gram Panchayat won the majority of seats in the block panchayats. That party is the air in municipalities and corporations.

Elections were held there for the first time since Jammu and Kashmir was made a union territory. The BJP has been in the spotlight in the election results for the Jammu and Kashmir District Development Council. The PAGD (Gupkar alliance) topped the polls with 110 seats, while the BJP was the single largest party with 75 seats. The BJP was elated over the results. Interestingly, Union Home Minister Amit Shah commented that the people of Kashmir supported the repeal of Article 370. The BJP also rallied in the GHMC elections in Hyderabad.

Not to mention the political leaders’ visits, meetings and conferences with Corona this year. Leaders are away from the public for eight months of the year, with the exception of a few meetings last month. As on December 30, the total number of corona cases in the country was 1,02,44,852 and the total number of deaths was 1,48,439.

New Year Celebrations: Do you know when any country is entering the new year? Total 26 hours ..