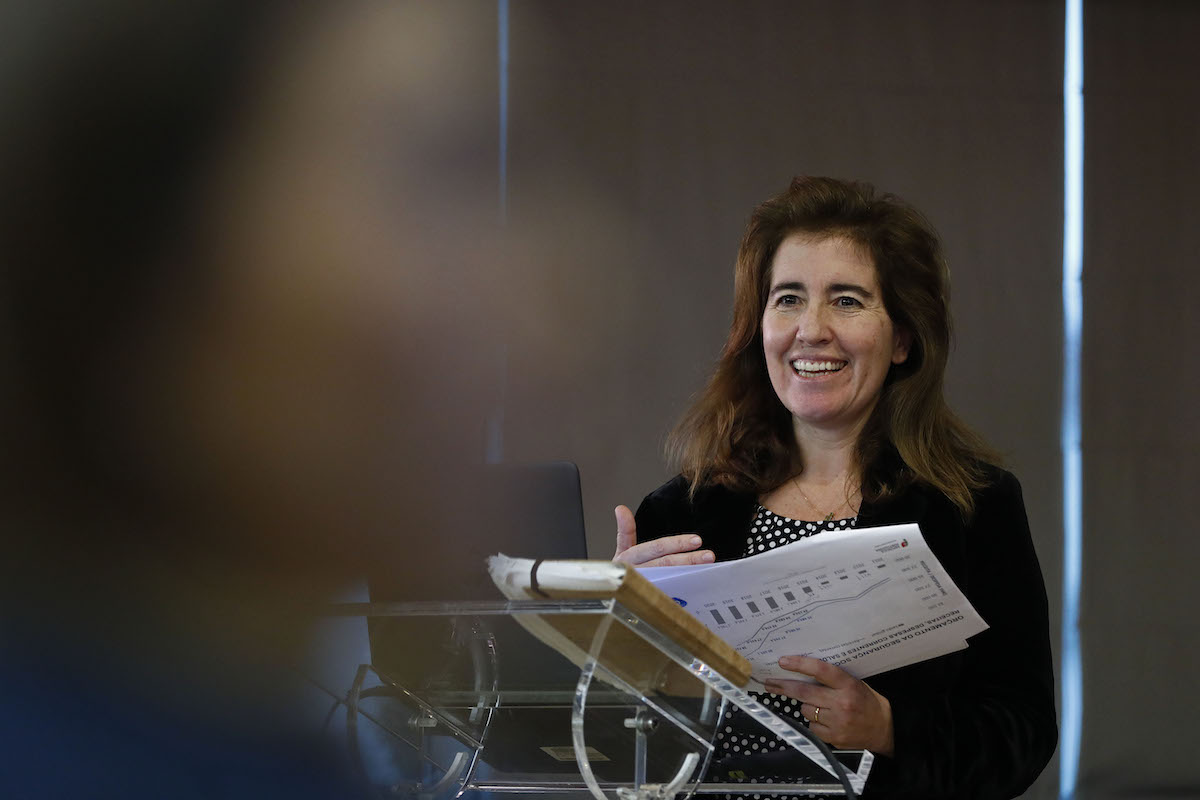 The Government has an appointment, this Wednesday, with unions and employers to present the Green Paper for the Future of Work to them. One of the most striking proposals is to expand the universe of workers who can opt for telecommuting, in whole or in part, without the employer being able to oppose it.

In the document, which has 21 highlights, the Executive underlines the need to improve various aspects of work in Portugal, giving great emphasis to teleworking.

According to what has been explained by the scientific coordinators of the document, concrete proposals to change the labor law, but the reflections now presented may serve as a basis, later on, for possible legislative changes.

This is what happened with the Green Paper on Labor Relations, which ended up giving rise to the revision of the Labor Code that came into force in 2019, recalls the ECO.

In addition, the Executive himself has signaled that he will proceed with a regulation, after the debate of these reflections, namely with regard to work through digital platforms.

Some of guidelines of the proposals they go through the development of an agenda to promote Decent Work and Inclusive Social Protection or investing in strategic areas with potential for job growth.

Data protection during recruitment and on-the-job work is also a concern.

Such as adapting the Social Security system to new ways of providing work, stimulating the coverage and dynamism of collective bargaining, developing a system of licenses associated with the training of workers and reinforcing ACT’s competences and inspirational capacity in the fields of digital areas and data usage.

Of all these guidelines for the future of work in Portugal, it is the regulation of the telework the one that will stand out the most.

The Government wants more workers to have the right to opt for telecommuting, regardless of the employer’s agreement.

The authors argue that the legislation should “extend the situations in which the worker has the right to teleworking independently according to the employer, in the form of total or partial teleworking”.

The situations in which the worker can opt for telecommuting, regardless of the agreement with the employer, must be extended, and cover the Public Administration.

The authors argue that the legislation should “extend the situations in which the worker has the right to teleworking regardless of agreement with the employer, in total or partial teleworking modality ”.

This measure should take into account, in particular, situations “in the context of promoting the reconciliation between work and personal and family life” and “in the case of a worker with a disability or incapacity”.

So far, the Government has not yet put forward proposals in this area, indicating that it will only do so after the presentation of the Green Paper at the Social Concert, but in parliament the Left Bloc (BE) has already presented a project with a view to extending telework to those who have dependent children under 12 years.

According to the document sent to the partners, the regulation of teleworking must, however, be deepened “with the safeguard of the basic principles of the agreement between employer and worker”.

It should also be ensured that “There is no increase in costs for workers ”in teleworking, a guarantee also defended in parliament in the BE and PCP proposals, namely regarding the expenses with telecommunications, water and energy.

It is also advocated “to effect and regulate the right to disconnect or professional disconnection for teleworkers” as well as “to implement instruments that guarantee that teleworking does not especially penalize women“.

Furthermore, teleworking should be used to promote the “fixing of jobs outside large urban centers, particularly in regions with less population density”, he says.

It should be recalled that the Government has decided to extend until the end of the year the diploma that establishes the mandatory adoption of telework, in the regions most affected by the pandemic, since “circumstances are expected that necessarily lead to greater contact and a greater number of social interactions, as well as an increase in people in circulation ”.

The Green Paper addresses other cross-cutting issues in the world of work.

Stresses that there is a need to “strengthen incentives for men and women to share enjoyment of parental leave and create part-time leave mechanisms in the context of promoting better reconciliation ”.

He also mentions that with the changes in the way of providing work, it will be necessary to adapt the Social Security system so that all workers, “regardless of their legal relationship”, are covered by the social security system and have access to “protection of adequate levels” .

According to the Public, this matter is linked to another one where the Government wants to intervene: the regulation of working conditions in digital platforms (such as couriers that deliver products purchased through applications such as Uber Eats or Glovo).

The document delivered to the social partners is still vague, stating the objective of creating “a presumption of workmanship for these workers and a contributory and tax system adapted to this new reality”.

In a strategic dimension, the working group proposes the creation of a national network of spaces for coworking and defends that Portugal should position itself as a pole of attraction of “digital nomads”, creating for these workers a “tax framework and a system of access to specific social protection”.

The Green Paper on the Future of Labor will be presented today by the Minister for Labor, Solidarity and Social Security, Ana Mendes Godinho, and by the Assistant Secretary of State for Labor and Vocational Training, Miguel Cabrita, at a meeting of the Social Concert that takes place by videoconference.

The scientific coordinators of the document are Teresa Coelho Moreira and Guilherme Dray.