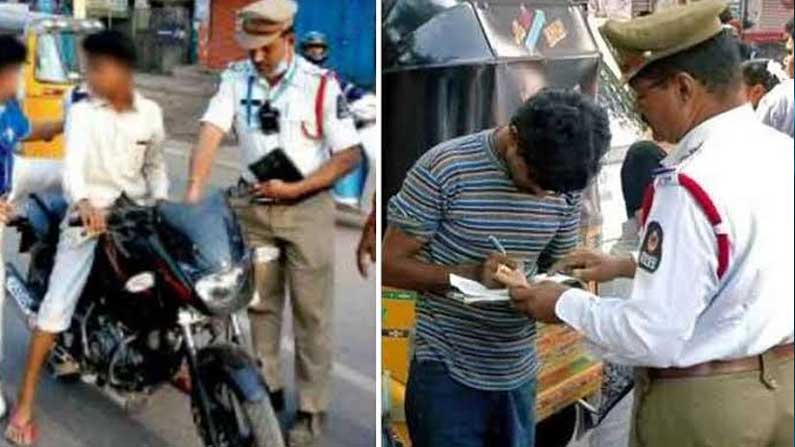 Is your son a minor .. is he used to driving .. but be careful. Before giving him a vehicle .. give it to him if you are ready for jail. Yes the regulations have been tightened.

Warangal Police Commissioner: Is your son a minor .. is he used to driving .. but be careful. Before giving him a vehicle .. give it to him if you are ready for jail. Yes the regulations have been tightened.

Police are warning that strict measures must be taken to prevent accidents. Warangal police have enacted new rules in the same way as Hyderabad police. It is enough to get on the road .. Addu is going out of control for the speed of the youth. Forgetting to even put the brakes on the bike in hand. With the speed of lightning .. The number of victims of recent accidents is increasing exponentially. Tough decisions were made in this context. It is enough if the miners get stuck while driving .. They say that the prison swells have to be counted. It also says it will punish the owner of that vehicle. Explaining the harm caused by giving vehicles to minors to this extent .. A 40 second long video has been released. If the miners are found driving under the purview of the Warangal Police Commissionerate, they will seize it immediately and punish its owner. Those who encourage minors by giving them two-wheelers and four-wheelers are warned that this punishment is inevitable. Raising awareness among the public on the harm caused to parents by minors driving. Police in particular are urging parents not to hand over vehicles to their children. Not only are minors more likely to be involved in road accidents by driving at an unknown age, but other motorists are also at risk. It is suggested that children should be encouraged to excel in education but not given vehicles.

Also Read: Posts on Instagram threatening ‘That girl is mine’ .. Stopped marriage .. If cut .. One side love ata

Kadapa district: 48 bottles a day .. feeling like you have won the world if you receive a bottle .. what a guru it is