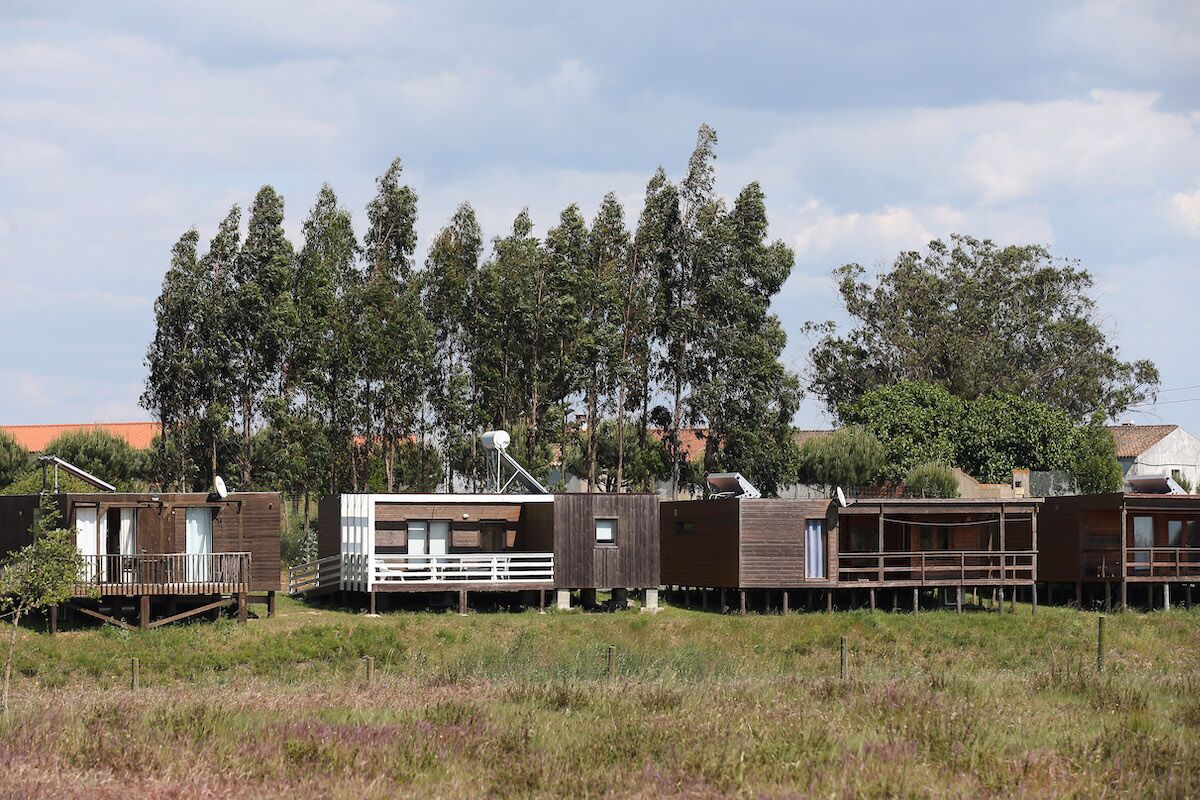 Houses at the Zmar Eco Experience, a tourist complex that has been the object of a civil request by the Government to welcome people who need prophylactic isolation due to the covid-19.

The Foreigners and Borders Service (SEF) did not detect any irregular migrants in Odemira during the inspection carried out this Wednesday in the municipality.

The health authorities, as well as the SEF, the Working Conditions Authority (ACT), GNR and Civil Protection were on the ground to assess the working, housing and health conditions of the workers in the greenhouses where the red fruits are produced.

The operation takes place at the time when two parishes in the municipality, São Teotónio and Longueira-Almograve are under a health fence due to the high number of cases of covid-19, especially among the migrant population, mainly from India, Nepal or Bangladesh.

This Wednesday should be placed 50 migrants who have tested negative for covid-19 in Zmar and who have no housing conditions.

The Judiciary Police is currently investigating several cases of alleged crimes related to aid to illegal immigration, human trafficking and slavery in this county, which has the highest incidence rate of covid-19 in the country.

With SEF, Público was able to ascertain that undocumented immigrants were not detected in this operation.

This Wednesday, the President of the Republic, Marcelo Rebelo de Sousa, asked for the existence of “anything criminal” in Odemira, reiterating that immigrant labor must be treated in human terms and with “dignity, as provided in the Constitution”.

Zmar’s homeowners are not satisfied

Several dozen homeowners at the Zmar Eco Experience, in Odemira (Beja), remain concentrated this Wednesday and in protest, now with “reinforcement” of employees, at the entrance of the complex, against the transfer of agricultural workers to the local.

Next to the wooden structures that mark the entrance to the Zmar, a group of people from the complex placed seals attached to a trailer that was already in place to prevent access from the outside.

However, at the end of the afternoon, for a few minutes, access was cleared and the GNR Territorial commander of Beja, colonel Altide Cruz, entered and met with the representative of the homeowners in protest, found the Lusa agency on the spot.

This initiative by the owners has lasted for almost a week, since it started on Friday, when the sanitary fence decreed by the Government to two parishes in the municipality of Odemira came into force.

At the time, the executive also determined the temporary requisition of the enterprise for the placement of agricultural workers in need of prophylactic isolation.

“From the first moment, we are available to chat and the only person who deigned to come and talk with us and meet, to make a point of view was now Colonel Cruz ”, explained to the journalists Alexandra Beato, spokesman for the owners.

The representative of the owners, who did not want to divulge the content of the conversation, insisted that the group is “trying to ensure that there is no invasion of houses and that justice happens” and that it does not intend to “demobilize until the matter is resolved”.

“We are always waiting for what is going to happen next, but everything indicates that” Zmar may be “the alternative that the Câmara de Odemira finds”, he said.

For Alexandra Beato, “whatever happens” has to be “done based on a conversation, on a negotiation, in the understanding of the parties and without lies ”, because, in the last days, we have witnessed“ a clown ”.

Today’s people at the entrance to Zmar, meanwhile, showed journalists who are on the site 200 comforters and pillows to make available to agricultural workers to settle in the fair and exhibition park in São Teotónio, instead of having to go to the enterprise .

Working at Zmar since the beginning of the project, like her husband, Teresa Gonçalves was one of the employees who joined the protest today, after obtaining an authorization to pass the sanitary fence, as did her colleagues.

“Nobody talks about workers [do empreendimento], nobody talks about what is going to happen with our jobs and that is worrying ”, he lamented, explaining to Lusa that since January 4, due to the insolvency process of the tourist complex, he is at home.

What is certain is that there are two wages that have taken a “cut”, yours and that of the husband: “We were in lay-off, then we went on to a resumption program and we earned the minimum wage” and, “now, we were seeing a light at the end of the tunnel and that light has disappeared ”.

The worker alluded to the Zmar restructuring plan approved last week at the Odemira Court, with the reopening of the complex scheduled for May 28, the maintenance of 100 jobs and the injection of capital by an investor.

At the end of last week, the Government decided to enact a Sanitation fence to the parishes of São Teotónio and Almograve, in the municipality of Odemira, due to the high incidence of cases of covid-19, especially among workers in the agricultural sector.

António Costa underlined that “some population lives in situations of unacceptable unhealthy housing, with overcrowding of dwellings”, reporting situations of “enormous risk to public health, in addition to a stark violation of human rights”.