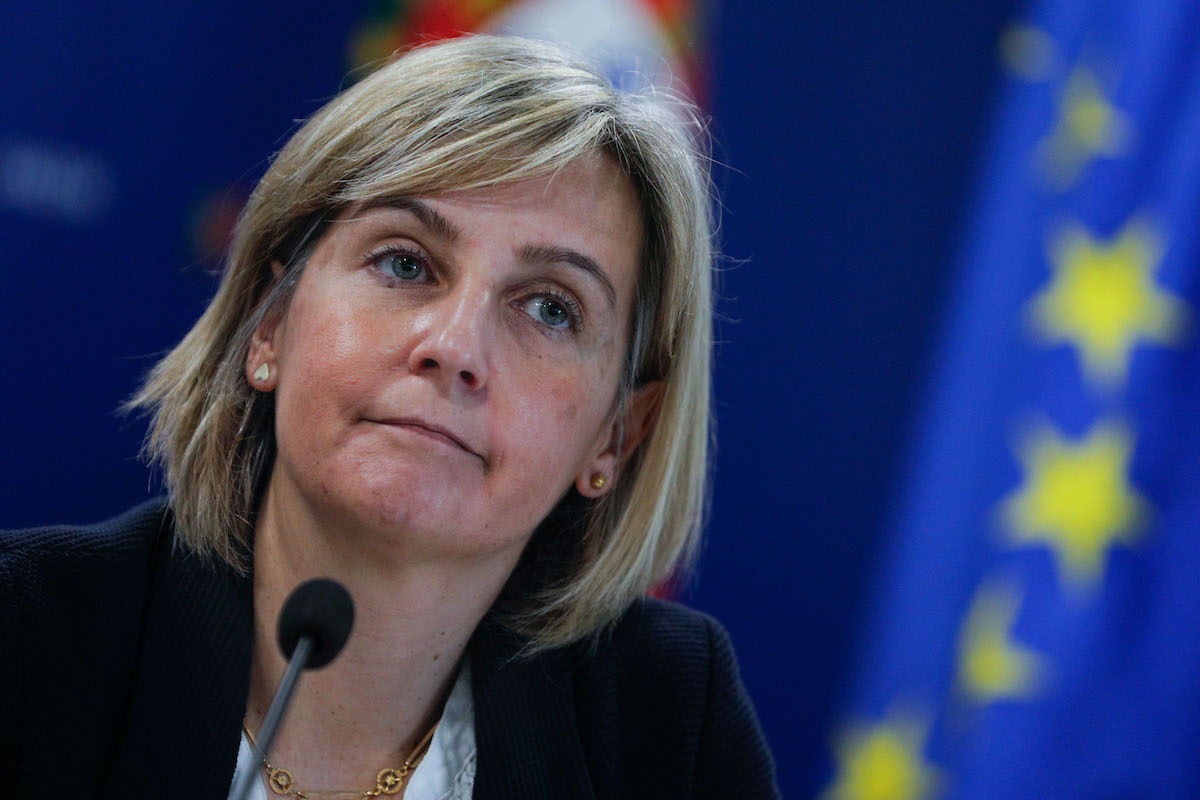 The Minister of Health, Marta Temido

After having already been on the table in the last two budgets, the full dedication regime of doctors to the NHS will really advance. The OE also foresees the construction of four hospitals and the reinforcement of the Setúbal hospital, which is facing a crisis after the dismissal of more than 80 doctors in a block.

The State Budget proposal delivered yesterday by the government provides for more 703 million of euros for the health sector, this after the increased investment in the NHS is one of the main demands of the left-wing partners.

This reinforcement represents a 6.7% increase investment in health compared to the 2021 State Budget.

“The Health Budget Program shows, in the 2022 budget, a total consolidated expenditure allocation of 13,578.1 million euros, which exceeds by 7.8% the estimated execution by the end of 2021”, refers the report accompanying the proposal.

About the National Health Service itself, which is worn out after more than a year and a half in the fight against the pandemic, the transfers will grow 6.7%, 695.8 million more than in this year’s Budget proposal.

The report explains that António Costa’s executive wants to move forward with the “strengthening of the NHS” through “the additional hiring of health professionals and the autonomy of health services to replace the missing professionals”.

Physicians exclusively in the NHS and more hiring

It is precisely to make up for this shortage of doctors that the government wants to move forward with the creation of the full dedication regime for NHS workers, a proposal that was already in the drawer for a long time, but which has been postponed.

Full dedication aims to prevent NHS doctors from working in private hospitals at the same time, at a time when the lack of professionals is making itself felt. The measure already is covered by the Basic Health Law, but only now will be regulated in detail.

After having been on the table for OE2020, full dedication returned to the debate for this year’s Budget, with the Bloc and PCP proposals being rejected. The PS argued that the measure would advance in the post-pandemic and this is one of the main blocker requirements in negotiations.

Remember that there are fewer and fewer doctors on an exclusive basis with the NHS, which are now less than a quarter of all professionals working in the public sector. In the last five years, 1284 doctors have stopped working on the exclusive regimen and this number is now below 5000.

In addition to the full dedication regime, the OE2022 proposal also refers to the hiring of more professionals and wants to ensure that all Portuguese have a family doctor by providing that, exceptionally due to the pandemic, family doctors will have family doctors in the next year. reach retirement age but want to continue in activity are entitled “to the pecuniary incentives provided for doctors placed in geographical areas classified as needy”.

The report also provides, temporarily and temporarily, the hiring foreign doctors as long as there is no capacity to provide a family doctor to all NHS users.

Marta Temido had already advanced in December 2019 with the promise that hospitals would have autonomy to make replacement contracts without the intervention of the Ministry of Finance. In the proposal of OE2022, the measure cannot imply an increase in the number of workers and charges and does not cover doctors.

“The Government will move forward in creating the necessary conditions for gradually replace the use of temporary work companies and the subcontracting of health professionals by hiring, under a subordinate work regime, the professionals necessary for the functioning of the health services”, states the report of the proposal for OE2022.

António Costa’s executive proposal also refers that the Ministry of Health wants to implement in 2022 the “indispensable conditions for opening of promotion contests, namely in the areas of nursing, senior health technician and pharmacist”.

This issue has been on the agenda after the block dismissal hospital in Setúbal and the difficulties that public hospitals have had in general in dealing with the lack of doctors.

Unions have long challenged the use of service providers, arguing that doctors from temporary companies receive more per hour than the professionals in the cadres.

The OE also aims to create a new exceptional regime for emergencies. Thus, whenever specialist doctors have to exceed 250 hours of overtime work per year to handle emergencies, there will be a pay rise 25% up to the 499th hour and 50% from the 500th hour.

On the other hand, physicians over 50 years old, who according to the law are exempt from carrying out night or emergency work, or over 55, who are free from both daytime and nighttime emergencies, can ask to reverse this right.

According to the OE report, the construction of four new hospitals is expected to advance by 2023. Eastern Lisbon, Seixal, Sintra and Alentejo. Continuing plans for investing in the Setúbal hospital is also a priority.

The renovations of the Póvoa do Varzim/Vila do Conde Hospital Center and the new Women and Children Department of the Local Health Unit of Guarda must advance, as well as the construction of the Radiotherapy Outpatient Center of the Hospital Center of Tondela-Viseu, building of the new Maternal-Fetal Department of the Hospital and University Center of Coimbra and the expansion of the Portuguese Institute of Oncology in Lisbon.