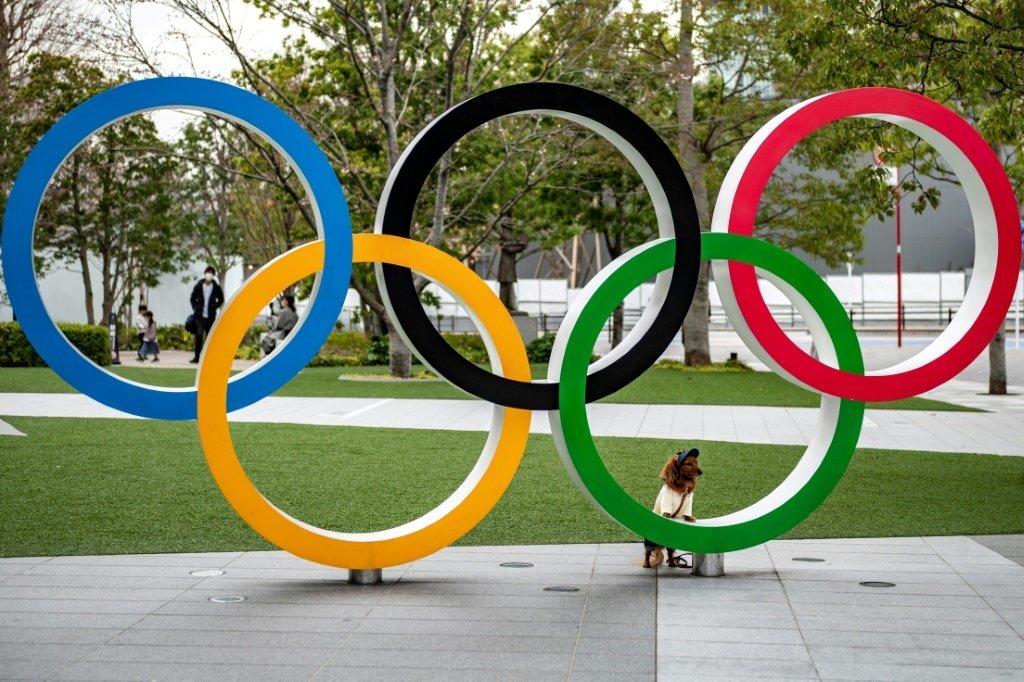 Japan is frequently shaken by earthquakes and typhoons, which leads experts to warn that this issue, in the face of an event of great magnitude like the Olympic Games (23 July-8 August), should not be left in the background.

“For the organizers, the (sanitary) measures are an urgent challenge,” admits Hirotada Hirose, an expert in the study of disaster risks.

“But the risks of a major earthquake must not be overlooked when the Olympic Games take place in Japan,” Hirose, professor emeritus at Tokyo’s Woman’s Christian University, told AFP.

Japan finds itself in the Pacific ‘belt of fire’, an arc of intense seismic activity that stretches from Southeast Asia across the great ocean. The archipelago also has several active volcanoes and is frequently hit by typhoons, whose season peaks in August-September.

Tokyo and its surroundings are at the junction of moving tectonic plates and some experts warn of a ‘Big One’ – a massive earthquake that could strike at any time.

Before the postponement of the Olympic Games last year, large-scale exercises were organized to coordinate the response to an earthquake that would hit Tokyo Bay.

“Keep calm and protect yourselves!” read a message in Japanese and English. “Acting in panic can lead to danger,” he said.

The risks are real, estimates Toshiyasu Nagao, an expert in earthquake prediction studies at Tokai University’s Institute for Ocean Research and Development.

“It would not be a surprise if a major earthquake were to hit the capital directly tomorrow,” he told AFP.

Seven earthquakes of magnitude 6 or more have hit Japan since the beginning of this year, including a 7.3 earthquake in February and another in March with a tsunami warning.

Japan still holds the trauma of the 2011 earthquake and tsunami (more than 18,500 deaths), which caused the Fukushima nuclear catastrophe.

According to Tokyo’s local government, the capital’s permanent Olympic venues have state-of-the-art technology. For example, Ariake’s volleyball seat is equipped with giant rubber ‘cushions’ that absorb shock and can provide shelter.

The waterfront facilities, including the Olympic Village, are built on embankments or are protected by dams capable of withstanding a tsunami, according to authorities.

The pandemic has simplified eventual evacuations, as the Olympic Games will be played practically behind closed doors. In any case, around 70,000 athletes, officials, coaches and journalists will be present in Tokyo for the Olympic and Paralympic Games.

Emergency plans include limiting space in shelters to avoid crowding and storing masks and disinfectants.

“Evacuation management may be at odds with (anticovid) measures,” warns Sakiko Kanbara, professor and disaster expert at the University of Kochi.

Preparedness for emergency situations is deeply rooted in Japanese life and Tokyo has several disaster simulation centers where visitors can experience the sensations of an artificial earthquake and train on what to do in a simulacrum.

On a recent visit to downtown Ikebukuro, English teacher Mike Diakakis said he found the re-creation of an earthquake suffered by Tokyo earlier in the year “a little distressing”.

“You don’t really think about it until you live it,” he stated.