The Faculty of Mass Communication, Misr University for Science and Technology, cooperates with the Baheya Foundation to present student...
Read more

Relief efforts are still underway in Uttarakhand. Aid teams rescue 34 people trapped in a tunnel near the Tapovan Hydel project.

Relief efforts are still underway in Uttarakhand. Aid teams have taken another step in rescuing 34 people trapped in a tunnel near the Tapovan Hydel project. They are working hard to drill another tunnel parallel to the main tunnel. Indo-Tibetan Border Force spokesman Vivek Pandey said that this would help rescue those trapped as soon as possible. 75 mm. He said he was able to drill a hole 12 meters wide and 12 meters long, which is a good sign that there is not much water here. However, due to technical reasons, the camera could not be attached. Fallen cliffs, boulders, ups and downs obstruct relief efforts.

Meanwhile, an artificial lake was formed in the Chamoli district due to the confluence of the Rishiganga river. Researchers at the Wadia Institute of Himalayan Geology say it is somewhat dangerous to the valley. The Central Water Commission sources also said that the lake is 60 meters high and 350 meters wide. District Magistrate Swati Badoria said an alert had been issued to locals not to go near the lake. An eight-member team from the Geology Survey of India will visit here and submit their report soon. 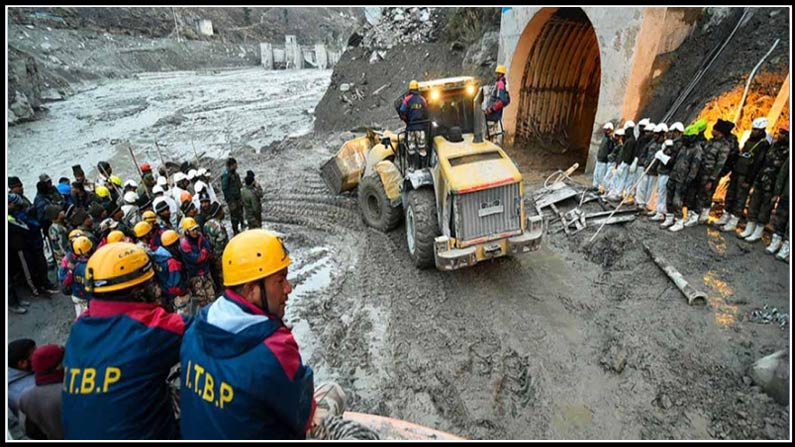 The Faculty of Mass Communication, Misr University for Science and Technology, cooperates with the Baheya Foundation to present student...
Read more
Gulf News

In view of the Kovid-19 epidemic, the Tamil Nadu government has decided to promote 9th, 10th and...
Read more

Died of intestinal and liver damage?Parents who worshiped with her? suicideHyderabad: It is known that an OB pharmacy student was kidnapped and raped...
Read more