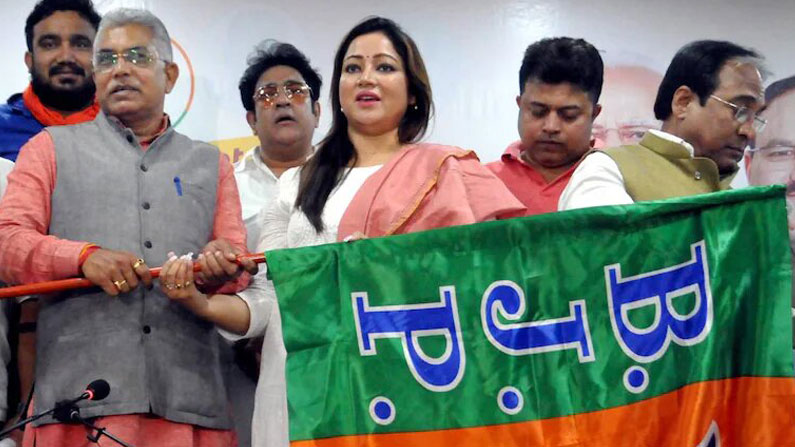 The BJP is cordially inviting film and TV actors ahead of the Bengal elections. Recently on Saturday TV and movie stars Rahul Chakraborty and Devashree Bhattacharya joined the party.

The BJP is cordially inviting film and TV actors ahead of the Bengal elections. Recently on Saturday TV and movie stars Rahul Chakraborty and Devashree Bhattacharya joined the party. Former Trinamool Congress MLA Deepali and several others also attacked Kamal. Party state president Dilip Ghosh invited them to the party. The day after CM Mamata Banerjee released her list of party candidates, they all joined the BJP. Rahul Chakraborty said that the party was passionate about itself and that he had always wanted to join it and had been given the opportunity for years. He hailed Narendra Modi as the real big star. He said he would campaign on behalf of the party and would carry out any responsibility assigned to him by this party.

Devisree Bhattacharya said that the Trinamool Congress was a corrupt party, but that was why the BJP was pure. She said she had no objection to her relatives being in the Trinamool Congress and that there should be no kinship love in politics here. The BJP hopes to add more film and TV stars as the polls draw near, with senior Bengali actor Mithun Chakraborty campaigning to join the party. It is learned that RSS chief Mohan Bhagwat had already met him in central Mumbai. Mithun, however, politely avoided any political talks between them. It is not clear whether he will join the BJP or not, despite reports that he will be staging a campaign with Prime Minister Modi in Bengal tomorrow.