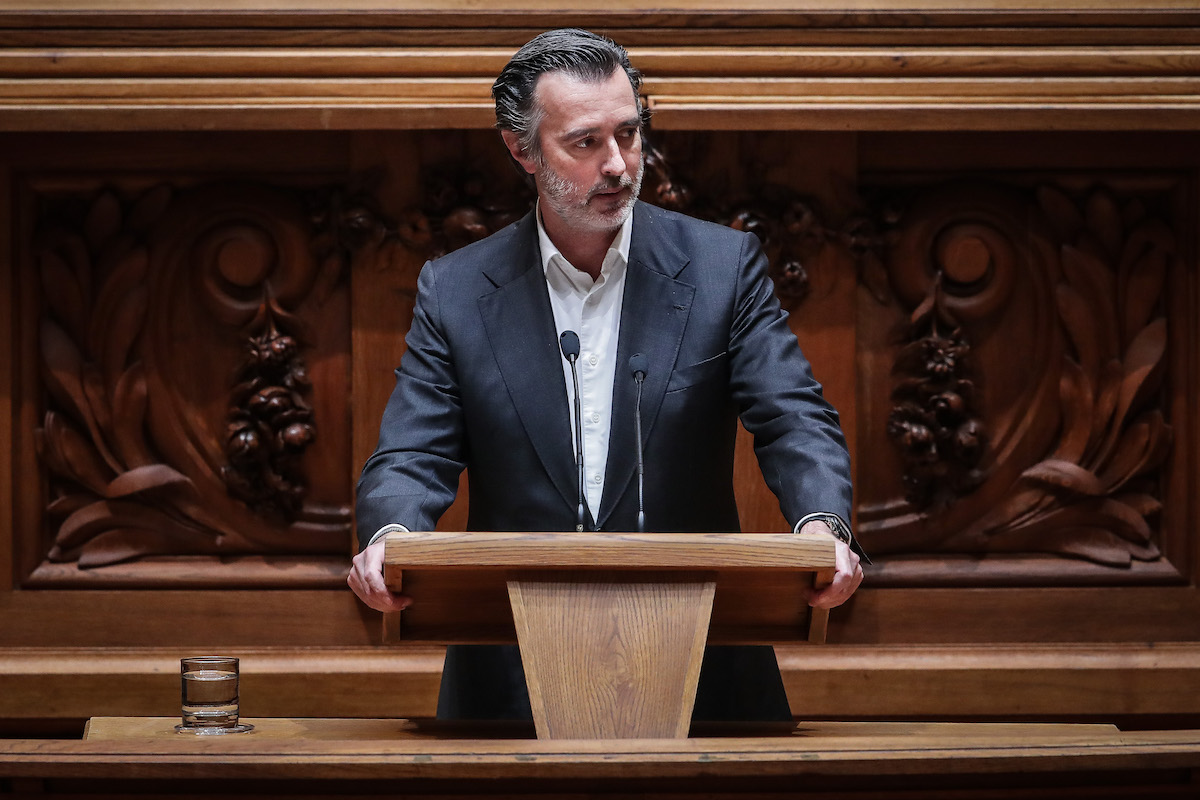 The deputy of the Liberal Initiative party, João Cotrim Figueiredo

The Liberal Initiative (IL) considers that article 6 of the Portuguese Charter on Human Rights in the Digital Age (CPDHED) is “censorship”, but the proposal to revoke it ended up failing.

The Liberal Initiative’s proposal to revoke article 6 of the Portuguese Charter on Human Rights in the Digital Age (CPDHED) was sinker this Tuesday, with the votes against PS, BE, PAN and non-attached deputy Cristina Rodrigues.

The CDS proposal was also rejected, while those of the PS and PAN were lowered to the commission after a request from the parties and a unanimous vote.

During the heated debate in Parliament, the Liberal Initiative accused the Socialist Party of wanting “control political discourse online” and stated that article 6 of the Portuguese Charter on Human Rights in the Digital Age “opens the door to censorship and self-censorship”.

João Cotrim Figueiredo’s party scheduled the potestative debate for this Tuesday, setting the agenda around a proposal to repeal the controversial article 6 of the Portuguese Charter on Human Rights in the Digital Age, concerning the right to protection against misinformation.

In his speech at the start of the debate, the only deputy of IL pointed out that the party intended to revoke this article because “more than useless”, its provisions “are dangerous and unacceptable“.

The party president criticized the fact that Article 6 “proposes an approach to disinformation that opens the door to censorship and self-censorship, dangerously close to defending an ‘official truth’, creating risks and problems a hundred times, a thousand times worse than what it was supposed to solve”.

Pointing out that this article “intends to imply that it is a kind of transposition into Portuguese legislation of the European action plan against misinformation”, the deputy considered that “it has little to do” but argued that “there are omissions that are scandalous ”.

The IL leader also referred that this plan “excludes political opinions from the definition of disinformation”, while the portuguese version does not and underlined that “the deliberate omission of this exclusion by the Socialist Party is not casual and can only have one meaning: the PS intends to control online political discourse”, which is “taxively unacceptable”.

In his view, “the PS and the Government are well aware that what they proposed in the letter is unacceptable in any democratic country”.

For the manager, it is also “unacceptable to condition political discourse” that could threaten public policy-making processes and “the idea of ​​transforming data verifiers into a kind of truth ministry directorates-general is as dangerous as it is bizarre”.

At this point, the deputy argued that “the verifiers, independent entities operating freely in a competitive environment, are also mistaken and do not always coincide in their assessments”.

“In these cases, who checks the verifiers? The government? This is exactly what we can never, but never accept”, he stressed, defending that “you cannot admit to opening this very dangerous door in which someone is given the power to define what is true or false”.

João Cotrim Figueiredo also pointed out that, of the 27 countries that responded to the survey carried out by the AR, none have official entities verification of facts, nor does it award quality seals to the media. “It’s a case of saying that there are zero cases because the proposal makes zero sense”, defended Cotrim Figueiredo.

Alerting that freedom of expression cannot be “withheld, whether in traditional or digital media”, Cotrim Figueiredo pointed out that “this is exactly what the letter, “and in particular its article 6, comes to do” .

At the beginning of his speech, the only deputy of IL said that the purpose of this agenda is to make “an alert” that “freedom is precious and that its achievement is not irreversible”.

The deputy also considered that “there are undeniable signs that, in Portugal, the conviction and courage to defend Freedom are beginning to run out”, namely during the pandemic.