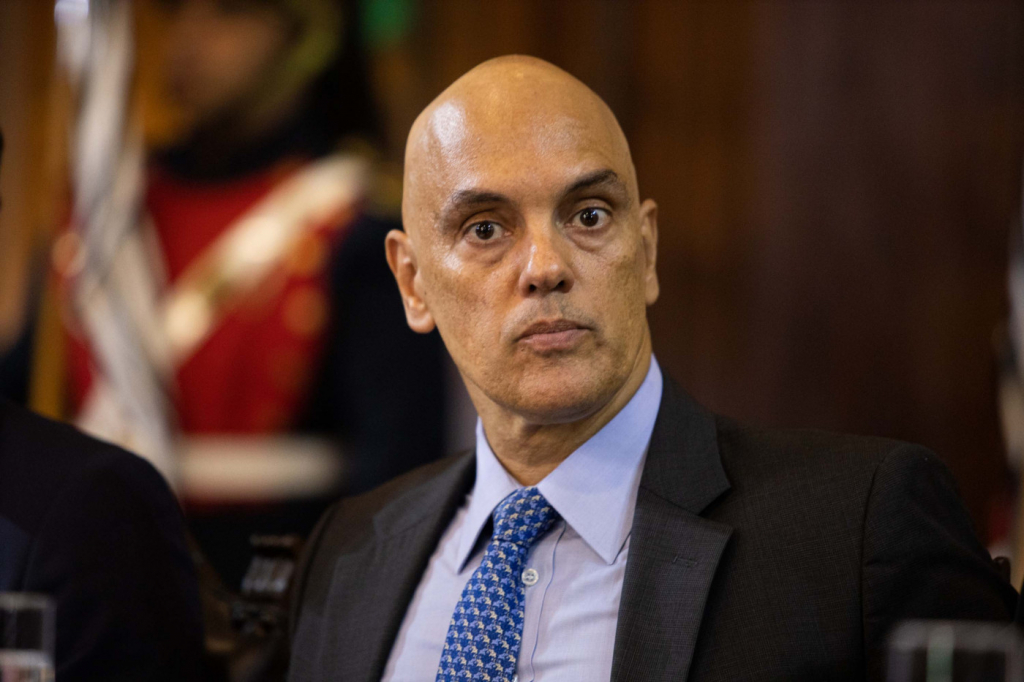 Detention was requested by the Deputy Attorney General of the Republic, Lindôra Araújo, for whom the ‘abominable messages’ exceeded ‘any and all limits’

The Federal Police (PF) preventively arrested, on Monday, 6, the former military policeman Cássio Rodrigues Costa Souza, who threatened to kill the minister Alexandre de Moraes, of the Federal Supreme Court (STF), and your family. In the arrest warrant, the Deputy Attorney General of the Republic, Lindôra Araújo, wrote that “the abominable messages” of the ex-policeman surpass “any and all limits”. The detention was authorized by Moraes and took place within the scope of the investigation that investigates the performance and financing of the PocketNAist acts called for this Tuesday, 7. takes care, especially in view of the express mention, in one of the publications, to the investigated person known as ‘Zé Trovão’, who had the preventive detention decreed in the records”, says an excerpt of the statement by the PGR.

“Die bald son of a bitch, on Tuesday we’ll kill you and your whole family you tramp, shitty lawyer of the PCC, I’m a military man and we military will eliminate you”, says a message posted by Costa Souza on his profile on Twitter (the report omitted the bad word, but reproduced the original post). In the decision that authorized the arrest of the police officer, Minister Alexandre de Moraes stated that “the defendant’s conduct is unlawful and extremely serious, constituting an illegal threat to the safety of the Justices of the Supreme Court, having a clear intention to, through of violence and serious threat – including death threats -, to coerce and prevent the exercise of the judiciary, undermining the independence of the Judiciary, with flagrant affront to the maintenance of the Democratic State of Law, patently out of step with the postulate of freedom of expression , given that the investigated expressly declares the intention, through violence and serious threat, to force the removal of the Justices of the Supreme Federal Court”. In addition, Moraes issued an official letter asking Facebook, Instagram, Twitter and Youtube to block the ex-policeman’s profiles.

Moraes also ordered the blocking of the bank accounts of the Mato Grosso Soy and Corn Producers Association (Aprosoja-MT) and the Brazilian Soy Producers Association (Aprosoja Brasil) until Wednesday, 8, in order to avoid support to the acts of the 7th of September. The decision was handed down on Saturday, 4, and fulfilled this Monday, 6. The magistrate also determined that search and seizure warrants be carried out at the entity’s headquarters and that amounts above R$ 10 thousand transferred to from Aprosoja’s bank accounts to other entities or third parties, in any modalities, since the 10th of July.

The STF minister also responded to a request from the PGR and authorized the preventive detention of Márcio Giovani Nigue, known as “professor Marcinho”. He appeared in a live on the social network Tik Tok claiming that a businessman would be offering money “through the head” of the STF magistrate. “There’s a big businessman who’s offering, there’s even federal money that’s going to come out of Alexandre de Moraes’ head, dead or alive, to whoever brings him. Now in Brazil, the STF ministers will be like this, they will have a prize on their heads”, says Nigue.