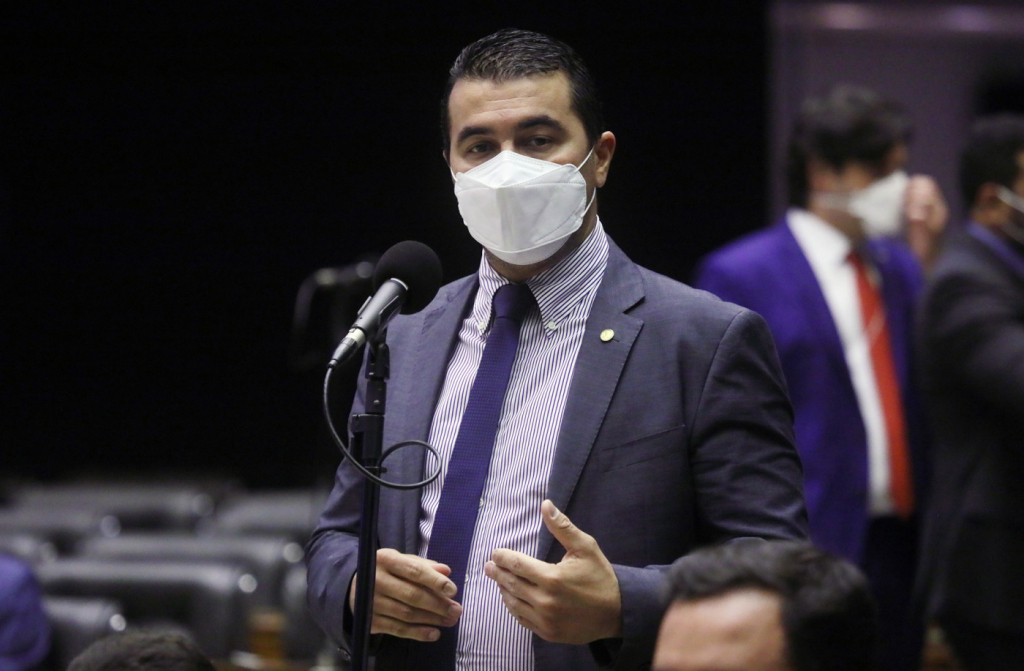 Deputy states that he brought evidence of irregularity to the President of the Republic, who is already being investigated for the alleged crime of malfeasance

The Federal Police (PF) sent to the minister Rosa Weber, of the Federal Supreme Court (STF), a request from the Minister of Justice, Anderson Torres, to determine the possible crime of slanderous denunciation of the federal deputy Luis Miranda (DEM-DF) against the president Jair Bolsonaro. The PF asks the magistrate, rapporteur of the inquiry opened against the head of the federal Executive for alleged crime of malfeasance in the case of the purchase of the vaccine Covaxin, decide whether Torres’ request can be attached to the case file against Bolsonaro. In this case, Miranda and Bolsonaro would be investigated in the same process. The minister forwarded the petition to the Attorney General’s Office (PGR).

Minister Anderson Torres’ request is based on a crime report signed by the Chief Minister of the Civil House, Luiz Eduardo Ramos. For the Federal Police, the investigation opened against the President of the Republic and the procedure that was fined by the corporation deal with the same issues: “the hypothetical science of irregularities in the vaccine purchase process and the taking of measures by the President of the Republic, but on opposite sides”. “If the omission really occurred, the possibility of slanderous denunciation will be ruled out. Otherwise, if the alleged omission did not occur, the slanderous denunciation, also in theory, can be characterized. Thus, the proof of an infringement and its elementary circumstances influences the proof of the other infringement, characterizing the connection provided for in art. 76, item III, of the CPP and the process and judgment unit (art. 79 of the CPP)”, says an excerpt of the document, signed by delegate Leopoldo Soares Lacerda, from the PF’s Inquiry Service.

Luis Mirada and his brother, Luis Ricardo Miranda, head of Imports at the Ministry of Health, met with Bolsonaro at Palácio da Alvorada, on March 20, to denounce irregularities in the process of acquiring the immunizing agent, manufactured by the Indian laboratory Bharat Biotech. According to them, the president undertook to call the Federal Police. However, according to the official version of the government, the case was transferred to the then Health Minister Eduardo Pazuello and his executive secretary in the portfolio, Colonel Elcio Franco Filho. They left the folder, respectively, on the 23rd and 26th of March. As Young Pan showed, the purchase of Covaxin became one of the main lines of investigation of the Covid-19 CPI. The commission has already heard from Ministry officials, such as Luis Ricardo and consultant Willian Amorim, Emanuela Medrades, technical director of Necessidade Medicamentos, the company that brokered the business, and is expected to hear from the owner of Necessidade, Francisco Maximiano, known as Max, on the way back from the parliamentary recess. In a publication on his profile, the vice president of the collegiate, Randolfe Rodrigues (Rede-AP), stated that the inquiry against the DEM deputy is an “abusive pressure”. “The CPI is already investigating the Miranda complaints. What cannot be done is for the Ministry of Justice of the Bolsonaro government to obstruct the work of the commission and confuse the roles of investigator and investigated. This abusive pressure on the witness has a name: attestation of guilt”.