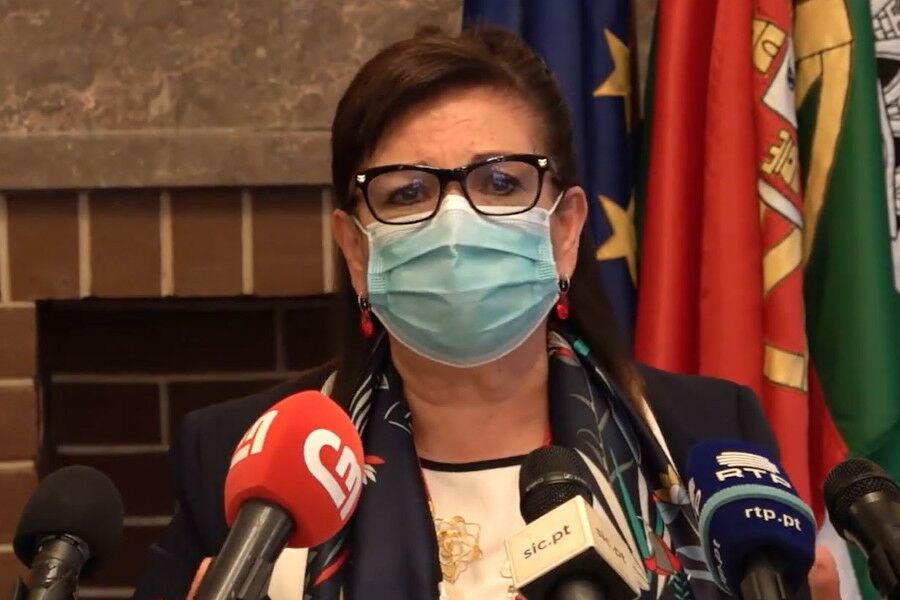 The Mayor of Portimão, Isilda Gomes.

Portimão is one of the municipalities forced to retreat from the lack of definition due to the number of new cases of covid-19 and the local mayor, the socialist Isilda Gomes, does not conform, criticizing the “lack of respect” by residents and making demands to the Government.

“O punishment imposed on Portimão and to Portimonenses it is unfair, incomprehensible and unacceptable ”. The words are by Isilda Gomes, in statements during a press conference, where she revealed that she has received many complaints from “angry” citizens.

The mayor says it is “a huge lack of respect towards the entrepreneurs who struggle in their daily lives ”and“ towards all those who work hard to face the difficulties they have and which are many ”.

“The virus is not on the terraces”, says Isilda Gomes, noting that the increase in cases in Portimão is related to “outbreaks that are perfectly identified, controlled and monitored”.

The Mayor places the main focuses in schools spread of the virus and criticizes the fact that educational establishments remain open while the terraces close.

The Prime Minister announced, at the end of the week, the setback of the deflation in four municipalities, namely Portimão, Moura, Odemira and Rio Maior, for having a number of covid-19 cases higher than 240 per 100 thousand inhabitants.

Thus, these municipalities are obliged to retreat in the opening of the economy, with a new closure of the terraces and the return of sales only to the wicket.

Against this background, the Mayor of Portimão “demands” that the Government implement several “Extraordinary measures” in the municipality, namely support for restoration and trade, the reinforcement of policing and inspection of ASAE and also the reinforcement of vaccination.

“I have seen, many times, the Prime Minister and the Minister of Health visiting vaccination centers. It was time for the two of them to come and visit our vaccination center and also tell Portimonenses why they have to retreat“, Stresses Isilda Gomes.

The mayor says that “no one understands, in the Algarve, the delay in vaccination“, Considering that“ there are municipalities in the center of the country with a fifth of the population [da região] with the same number of vaccinees ”.

“We are either a tourist region or we are not”, points out Isilda Gomes, recalling that “the Algarve contributed [antes da pandemia], in the scope of tourism, with 4% of the national GDP ”.

Thus, the Mayor of Portimão leaves the challenge to the Government, threatening to take appropriate action if its demands are not met. However, the mayor does not reveal what he intends to do.

“Why close terraces when risk is controlled?”

The delay in the lack of clarity announced by the Prime Minister has already sparked criticism from other mayors, some of whom regret that the Government’s criteria “harm” less populous municipalities.

The public health physician Bernardo Mateiro Gomes is of the same opinion, considering that “the use of indicators such as incidence or Rt should be complemented with qualitative data”, according to statements to the Observer.

“Why esplanades will be closed, outdoor spaces, when the risk is controlled? ”, asks the doctor.

The Government has announced that it will biweekly assessment of numbers, to go forward or delay in the deconfination plan by municipalities.

The Directorate-General for Health publishes the data on which the Government’s decisions are based every week. If the situation were assessed every week, the number of counties with setbacks in the deflation would increase, according to the analysis made by the Observer.

By way of example, the Observer cites the Odemira case, where there are outbreaks associated with seasonal workers. In this case, the doctor questions the validity of closing terraces.