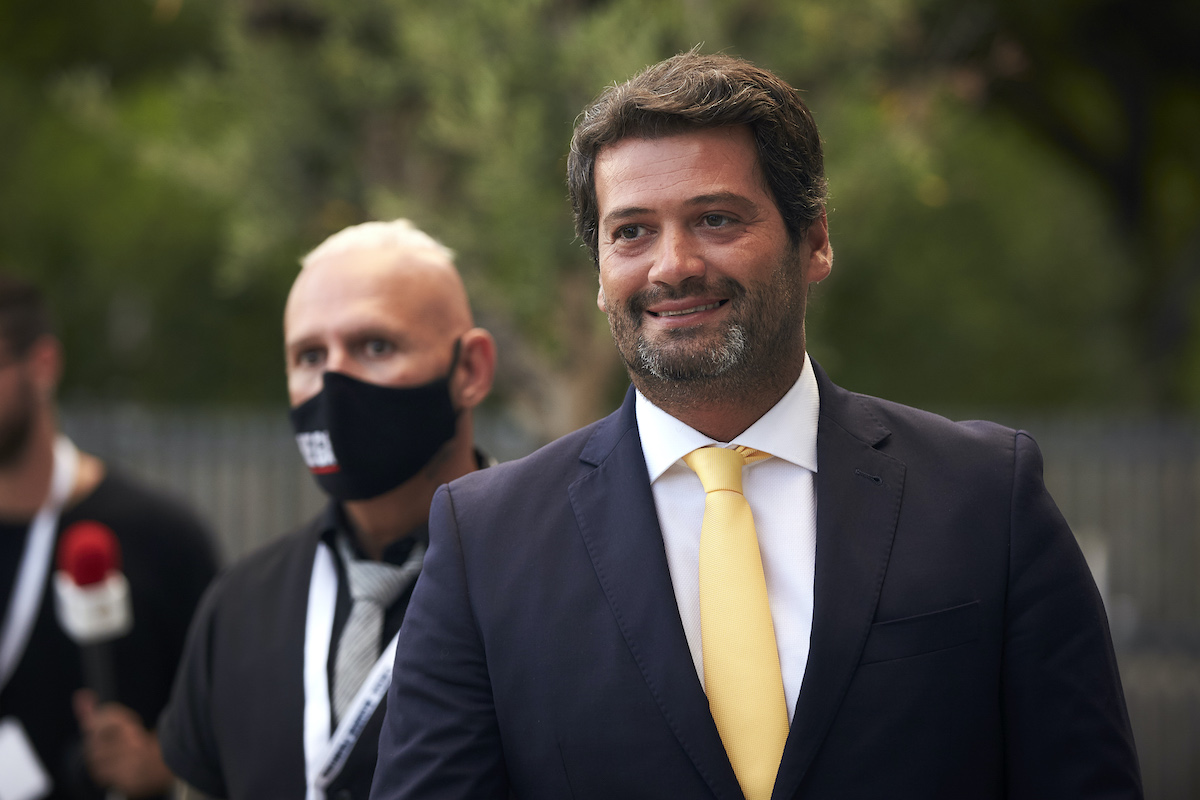 The leader of Chega said today that Vox told him that, by sharing an image of the Philippine dynasty which shows Portugal annexed by Spain, he intended to show that the two countries “are stronger when they are together”.

At a press conference in Passos Perdidos, at the Assembly of the Republic, André Ventura returned to address the image shared by Vox on social networks, to celebrate Hispanity Day, in which he used an image of the Philippine dynasty, when Portugal was annexed by Spain.

After saying on Wednesday that he had asked the Spanish party for clarification, the leader of Chega said today that his Vox counterpart Santiago Abascal had informed him that the shared image “corresponds to a historical fact” from the 17th century – Portugal was annexed by Spain between 1580 and 1640 – which wants to convey an “idea of ​​unity”, preserving the “maximum respect for Portuguese sovereignty, history and culture”.

“The message we intend to convey was the one that Santiago Abascal conveyed in Lisbon, beside me, at the end of the Chega campaign: that Portugal and Spain they are more powerful, they are stronger, when they are together, and not when they are separated”, he stressed.

André Ventura also added that Santiago Abascal he told her that the alliance between Vox and Chega is a “deep, structural and structuring alliance”, that “nothing will break”.

“This alliance is for keeping, it is unbreakable and will continue to bear political fruit, regardless of the European group each of us is in”, said Ventura, referring to the fact that Chega belongs to the Identity and Democracy (ID) group, while Vox is affiliated to the Conservatives and European Reformers (ECR).

The Chega leader also alluded to the fact that, last year, he had demanded an apology from Vox – which he never received – after the party also shared an image where Portugal was annexed by Spain, to mention that it is “particularly important that, this time, there was a clarification, given the proximity of relationship that exists between the two parties”.

On Tuesday, Vox released a poster alluding to the Day of Hispanity, which was then commemorated, in which the Portuguese territory is part of Spain, as are the former Portuguese colonies.

“Spain has a lot to celebrate and nothing to regret. On a day like today, 529 years ago, Columbus discovered America and began Hispanity, the greatest work of twinning carried out by a people in universal history,” said the party in a message that accompanies the image posted on social networks.

In the center of the image is a map that marks in red former Spanish crown possessions around the world, including Portugal, all of Latin America, much of North America and the African coasts of the Atlantic and Indian Ocean, including what is now Angola , Cape Verde, Guinea-Bissau and Mozambique, among other countries.