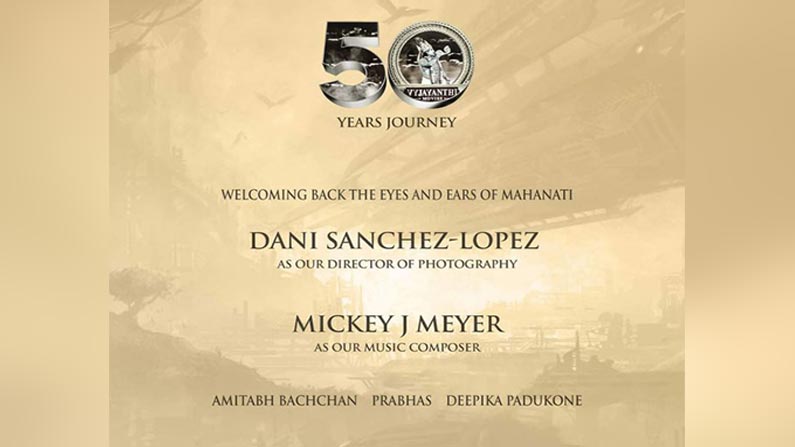 Rebel star Prabhas is currently lining up a series of big budget movies. Darling has already completed the shooting of Radhakrishna’s upcoming film directed by Radhakrishna …

Prabhas and Nag Ashwin film: Rebel star Prabhas is currently lining up a series of big budget movies. Darling has already completed the shooting of Radhakrishna’s upcoming film ‘Radheshyam’. He later directed the film Salar under the direction of Prashant Neil. The film recently celebrated worship services. Regular shooting is going to start soon. On the other hand, Prabhas is also looking to launch an Adipurush film. The film is directed by Bollywood director O Routh.

However, along with these films, Prabhas is going to make a big film under the direction of the famed Nag Ashwin. It has been rumored from the beginning that the film will be released as a science fiction film. Vyjayanti has announced Bollywood beauty Deepika Padukone as the heroine in the film. Bollywood Big B Amitabh Bachchan is playing a pivotal role in the film. The makers have recently given another update from this movie. Vyjayanthi has released a poster revealing the details of the cinematographer and music director. Danny Sanchez Lopez, the Spanish technician who worked for Mahanadi, will be the cinematographer for the film. Also Mickey Jay Meyer will provide the music. The makers are planning to release the film in Telugu-Tamil-Hindi.