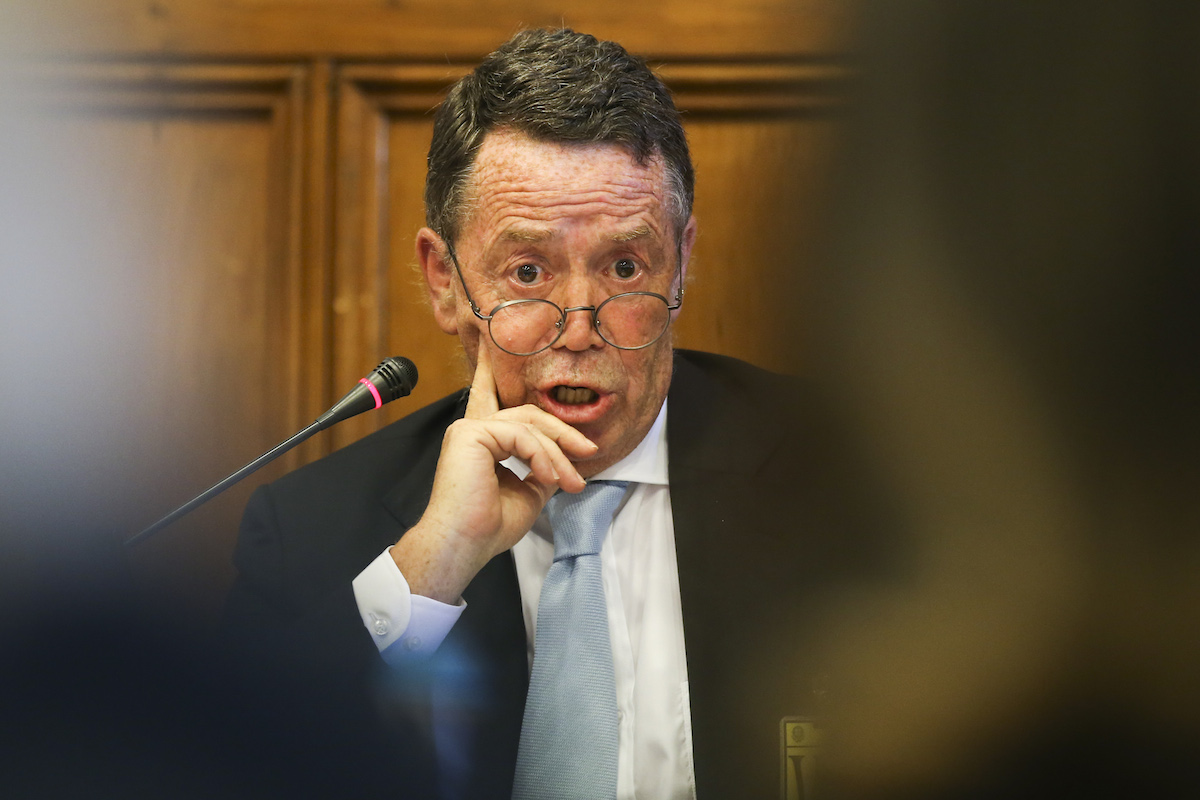 Former Economy Minister Manuel Pinho lost the appeal he had filed with the Constitutional Court (TC) to challenge his status as a defendant in the EDP case and will proceed to international courts.

The Constitutional Court (TC) rejected Manuel Pinho’s appeal alleging the unconstitutionality of a decision by the Lisbon Relationship that restored the status of defendant to the former Minister of Economy of José Sócrates.

“The Constitutional Court concludes there is no foundation enough to deem the questioned rule unconstitutional, under which the criminal investigating judge has no jurisdiction to hear the procedural invalidities of the acts of constitution of defendant and application of TIR, practiced by the Public Prosecutor ” that the Observer had access.

In May 2018, Judge Ivo Rosa had annulled the constitution of defendant Manuel Pinho and Miguel Barreto for formal reasons. The MP appealed to the Lisbon List and the judges revoked in June 2019 the decision of Ivo Rosa because they understood that he had no competence to make such a decision during the investigation phase.

With this judgment that confirms Manuel Pinho’s status as defendant, prosecutors can interrogate the former minister and complete the investigation in order to be able to deduct a charge.

Speaking to the weekly Express, Manuel Pinho, former Minister of Economy, said that “the EDP case has no object, it is just a pretext for making personal pursuits“. “My priority is to have the opportunity to demonstrate, if necessary in court, that the suspicions about favoring EDP are totally false,” he said.

“I don’t want victories in the office, but in court and before public opinion in Portugal and abroad ”, he said. “I will ask the investigating judge Dr. Ivo Rosa to be heard as soon as possible, so that I can prove the falsity of the suspicions that have been raised”.

“Unfortunately, the decision made by the Constitutional Court has profound implications, because it creates jurisprudence in relation to the fact that there are no limits to the Public Prosecutor’s office when citizens’ rights, freedoms and guarantees are at stake,” he said.

Manuel Pinho’s lawyer, Ricardo Sá Fernandes, regretted the decision of the TC to dismiss the appeal that Pinho had filed contesting the constitutionality of his defendant status.

“Naturally, I respect the decision, but I cannot fail to say that the Constitutional Court missed a good opportunity to raise the bar in defense fundamental rights in Portugal ”, reacted the lawyer.

In their appeal to the TC, Manuel Pinho and Sá Fernandes appealed to the opinion of two professors of criminal law at the Humboldt University in Berlin and the Faculty of Law at the University of Lisbon, but it was not enough to convince the judges.

Judge Mariana Canotilho even apologized for the fact that in the EDP case the Public Prosecutor’s Office (MP) invoked the fact that the electrical company had in the past resorted to your father’s opinions, the constitutionalist Gomes Canotilho. However, the TC decided to keep it in the process, considering that its impartiality was not at stake.

Manuel Pinho said that, in the assessment of his appeal, “huge pressures exercised over the Constitutional Court ”. “As is well known, during the time that the decision took a long time to be taken, it was demonstrated that there are those who do not hesitate to launch the worst insinuations on magistrates when trying to achieve certain objectives. It won’t be my case, ”he said.

António Mexia and João Manso Neto, presidents of EDP and EDP Renováveis, are both suspected of four crimes of active corruption (involving Manuel Pinho, Miguel Barreto, João Conceição and Artur Trindade) and one of economic participation in business (linked to the Baixo Sabor dam, awarded to a consortium that integrated Bento Pedroso, from the Odebrecht group, and the Lena group).

In July, Mexia and Manso Neto were suspended by Judge Carlos Alexandre. They are prohibited from entering the electrical installations.