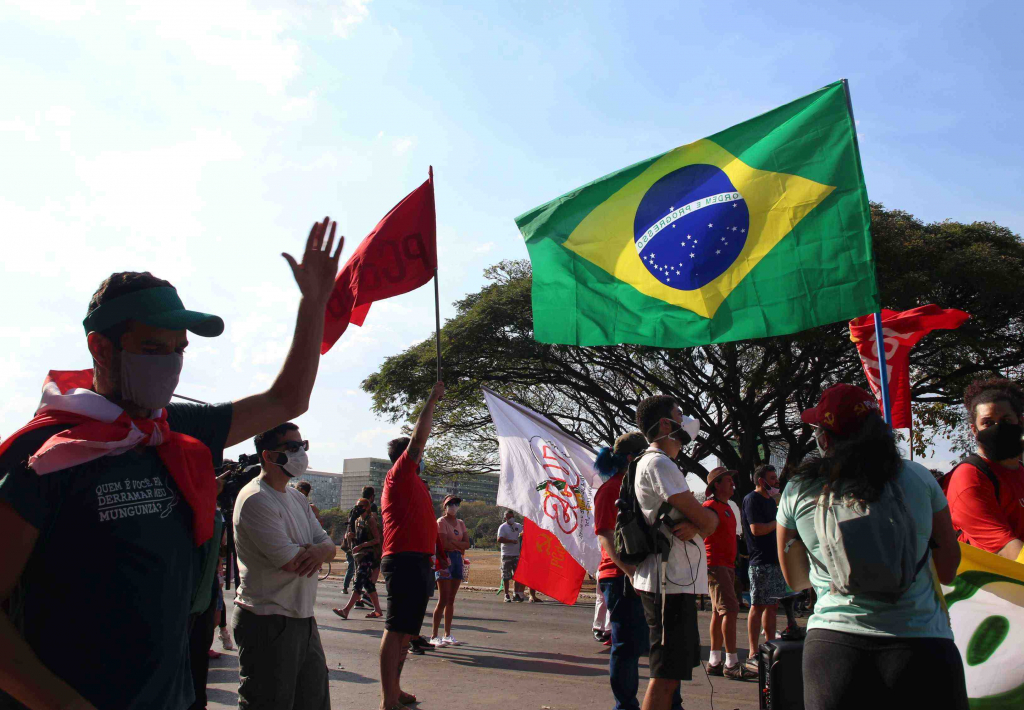 Demonstrations took place this Sunday, 12, in six Brazilian capitals and there were no incidents

ELIO RIZZO/AGENCY F8/ESTADÃO CONTENTDF – PROTEST/OPPOSITION/BOLSONARO/BRASÍLIA – GENERAL – Demonstration against the government of President Jair Bolsonaro, called by the Free Brazil Movement (MBL) and Vem Pra Rua (VPR), on the Esplanada dos Ministérios, in Brasília, this Sunday. The demonstrators are asking for Bolsonaro’s departure from the presidency of the Republic, but at the same time they show discontent with the possibility of Luiz Inácio Lula da Silva returning to the top position in the Executive Power in 2022. 12/09/2021 – Photo: ELIO RIZZO/AGÊNCIA F8 / CONTENT STATUS

The demonstrations in defense of impeachment of the president Jair Bolsonaro were marked by low public participation. The acts were organized by the center-right groups Free Brazil Movement (MBL), Come to the street e Books, and protests were held in six Brazilian capitals. The low adhesion to the demonstrations had repercussions on social networks and became a reason for jokes among politicians. The Minister of Communications, Fabio Faria, used social media to mock the lack of people in the protests, supported by the former health minister, Luiz Henrique Mandetta. “You can go to the demonstration that social distancing is being fully respected,” he said. The minister of Tourism, Gilson Machado Neto, published a video laughing at the protests, while the former minister of the Environment, Ricardo Salles, wrote: “Summary of the pre-New Year’s Eve demonstration ‘all in white’ today in Paulista: half a dozen dripping cats”.

the federal deputy Kicis Beer he said that Copacabana beach, where the act took place in Rio de Janeiro, was “emptyer than any other sunny Sunday”. the deputy Major Vitor Hugo he satirized that the events “were at home office” and thanked the opposition for making “Sunday funnier”. Already the federal deputy Colonel Thaddeus recorded a video in which he appears saying about the lack of representation on the left. “Opposition parties no longer have representation. Because of corruption, because of so much wrong doing in the past, when they were in power, the streets are completely empty of supporters. On the other hand, the long-awaited third way doesn’t work either, that’s a lack of credibility.” In turn, the federal deputy Eduardo Bolsonaro, son of the President of the Republic, posted photos of the protests with few people and satirized with the phrase: “Beware! Strong scenes”. the senator Fernando Collor de Mello he wrote that “they had more street vendors than protesters.”

The organizing groups’ intention was to demonstrate the strength of the opposition and defense of Bolsonaro’s impeachment, but the expectation was not met. The president of the Senate, Rodrigo Pacheco, spoke about the demonstrations and stated that the protests are part of a “free democracy”. “Demonstrations of September 7th, September 12th, any other made by civil society, by people who want to claim issues and causes, are welcome and need to be respected. Demonstrations are part of a living democracy,” he said. Low public participation was registered in several Brazilian capitals and the protests ended without incident.

The manifestation of the MBL for the impeachment of the President @jairbolsonaro on Copacabana beach he achieved an unprecedented fact: that the beach was emptier than on any sunny Sunday. pic.twitter.com/uvUmiGbg24

Summary of the pre-New Year’s Eve demonstration “all in white” today at Paulista: half a dozen cats pingados🐱miau !!! pic.twitter.com/ujwpAstyrD

Images made by drone look at this MBL and Third Way VEXAME WORLDWIDE KSKSKSK pic.twitter.com/2EWo9SKf8s

*With information from reporter Elisângela Carreira