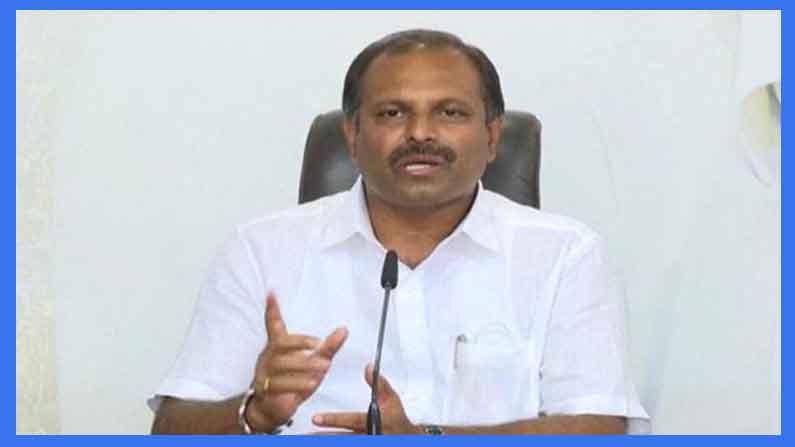 Government Chief Whip Gadikota Srikanth Reddy alleged that people were fed up with Chandrababu and Lokesh’s behavior and that Chandrababu had robbed them of all names during his tenure.

Gadikota srikanth reddy challenge: Government Chief Whip Gadikota Srikanth Reddy welcomed the High Court’s verdict on the unanimity in the MPTC ZPTCs. He said the people had voted for the YCP in the municipal elections in view of his developmental welfare that the TDP should demand that the MPTC hold ZPTC elections. He said the TDP, which provoked the people in the elections, had the right mindset. Chandrababu said he wanted to change his language.

He said that even during his corona, when there were no personal differences or factions against the state election commission, the employees risked their health and took part in the duties. Critics say the party is intimidated by the election during Corona. With the election results, the people have told the TDP to be wise

He alleged that people were fed up with the manner of Chandrababu and Lokesh and that Chandrababu robbed them of all names during his reign. Srikanth Reddy challenged the TDP leaders to insult the courts for issuing notices to Chandrababu Naidu and asked Chandrababu to stay in the courts if he dared. He also said that he would admit to the trial on the allegations.

He said CM Jagan had never tried to downplay the importance of Amravati as TDP had a history of stealing EVMs. Srikanth Reddy alleged that the CM was developing all areas, including Amravati, and that Chandrababu was provoking the people region-wise. He said that it was the confidence of the people in the YCP that won. He said the people had expressed support for the three capitals and Chandrababu had insulted them that even four Xerox shops would not come if the fair capital was put up in Kurnool.

Chief Minister Jaganmohan Reddy is a man who knows the public welfare, welfare and development are like two eyes, every benefit is credited directly to the accounts of the beneficiaries. During these 21 months of rule, many public welfare schemes have been implemented. He said that the TDP has no other power but power. But, we are also implementing what is not mentioned in the election manifesto. Srikanth Reddy reminded that during Kovid’s time he had rendered the best services in the country and hence he gained the trust of the people.

Read this: Shock to Congress before Kerala elections .. Former MP PC Chacko who joined NCP .. Campaigning on behalf of LDF