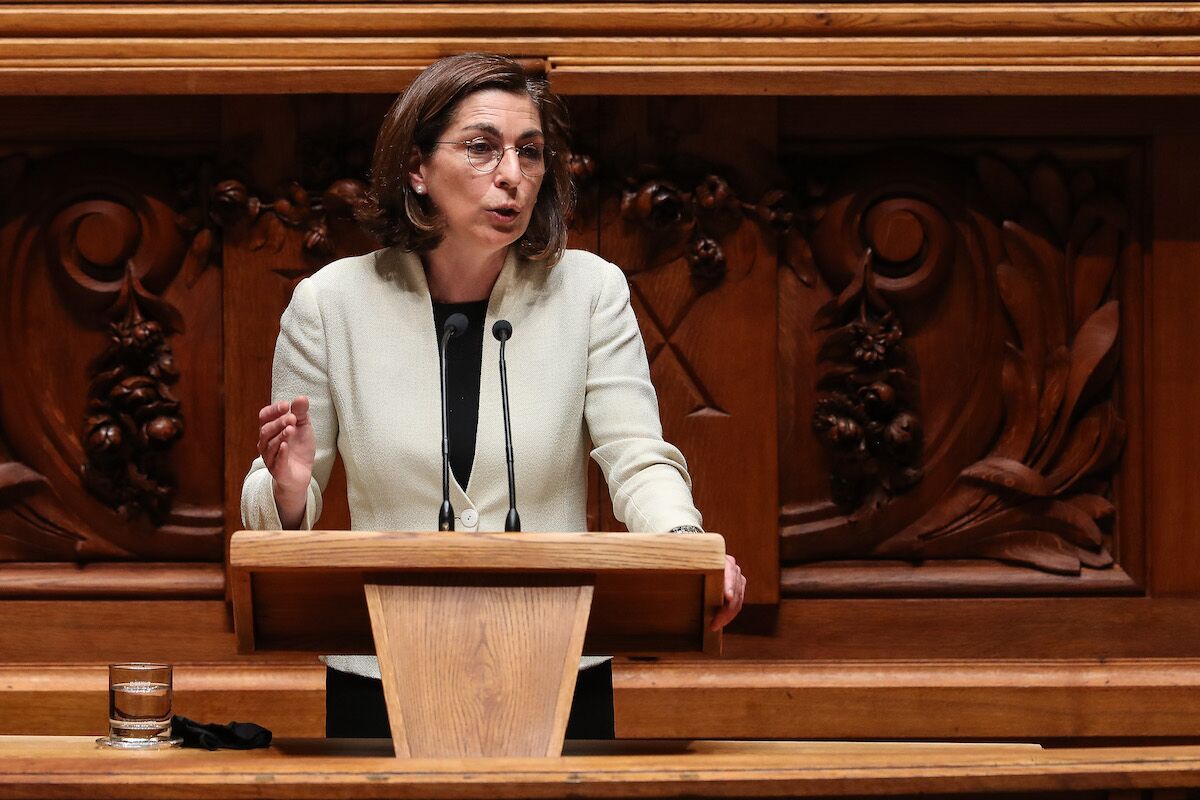 Parliament this afternoon debates, in general, ten bills that regulate teleworking, the payment of expenses being one of the points that divide the parties.

On the one hand are the proposals of the Bloc, which wants mandatory rules in the law that oblige companies to pay the expenses to workers, from the PCP, PEV and PAN that require the payment of a fixed amount.

On the other, are the PS and PSD, which refer this issue to the wake up with the worker or for collective bargaining.

The Left Block, which scheduled the debate this Wednesday, distanced itself from the PS and PSD projects, pointing out a “Essential cleavage” with regard to the payment of teleworking expenses.

“In the various initiatives presented, it is possible to identify an essential divide. On the one hand, projects like the one in the Bloc, which argue that the law should enshrine rights and obligations and must be imperative about the obligation to pay expenses, ”said Bloc deputy José Soeiro.

On the other side, he continued, are “the PS and PSD projects that allow the principles defined by the law to be dependent on the employer’s agreement (as in the case of payment of expenses), or to be removed by collective agreements (for example, safeguarding the privacy of the worker) ”.

The Bloc argues that the law must be mandatory when defining that the instruments of work and fixed costs “Generated by the use of telecommunications, water, energy, including air conditioning, and others related to the exercise of functions” are the employer’s responsibility. The PCP, the PEV and the PAN defend that the law should establish a minimum value.

The PCP wants the employer to insure the instruments and furniture, being responsible for their installation and maintenance.

The party argues that companies should ensure the equivalent of, at least 2.5% of the IAS (currently, this value would be 10.97 euros) per day to the worker, which would give about 220 euros per month, to compensate for the “increase in expenses incurred or to be incurred”.

On the other hand, the PS provides that the employer ensures the equipment and systems necessary for teleworking, and the agreement must specify whether they are supplied or acquired by the worker. The additional expenses that the worker supports with teleworking are compensated by the company as long as they are proven and have the “employer agreement”.

The leader of the PS parliamentary group argues that companies don’t have to assume “Any and all expenses” just because workers go to telecommuting.

“As for expenses, there is something that divides us. This bank does not think that, just for going home in telework, the company has to assume any and all expenses. This has to be the subject of an agreement and it has to be proven what the increase in expense is, “he said. Ana Catarina Mendes.

The PSD, on the other hand, foresees that when the teleworking contract does not stipulate, the increased expenses will be paid by the employer through an individual agreement or through collective bargaining.

The deputy Pedro Roque clarified that, from the PSD’s side, what are proposed are “specific but necessary changes to the legislative framework“.

Right to hang up

José Soeiro, from BE, accused the PS of, in a matter related to teleworking – the so-called “right to disconnect”, that is, the right of workers not to be contacted by the employer – to have a proposal “Extremely dangerous”.

The PS proposes in the “right to disconnect” part that the telework implementation agreement should set the time within which the teleworker “has the right to disconnect all service communication systems with the employer, or of not answering requests for contact by the latter, which may not result in any disadvantage or sanction ”.

Already Pedro Morais Soares, from the CDS-PP, stressed the need to listen to social consultation before legislating, stating that “most projects have not received contributions from representatives of employers and workers”.

“We have always maintained that this debate should be started in the social consultation”, he stresses. For the CDS, the law must establish “explicitly the worker’s right to disconnect”, during which “he can disconnect”.

Inês Sousa Real, from PAN, also stressed the right to “disconnect”. “It does not make sense that it is not already a reality”, he pointed out.

The Assistant Secretary of State for Labor and Vocational Training, Miguel Cabrita, admitted today “margin” to find “solutions and balance” in parliament on the regulation of telework.

The minister was speaking in the plenary where the various initiatives of the parties on the regulation of telework are being debated.

Miguel Cabrita said that “part of the lines of reflection” identified by the Government in the Green Paper on the Future of Labor “find reflection” in proposals under discussion in parliament, namely in the PS, but “others also have virtualities”, he added.

Although these proposals are not “entirely coincident” with the Government’s understanding, “still” there is “scope to find solutions and balances that respond to several of the challenges that arise ”, said Miguel Cabrita.

For the Secretary of State, the debate in parliament must be carried out “with time, with thoughtfulness and depth and with a balance of different values”, stressing that distance work has risks and opportunities.

Miguel Cabrita stressed that the topic should be discussed with “The greatest caution” because the experience of the last few months occurred in an exceptional period of pandemic that forced distance work against the will of many companies and workers.

The Secretary of State also reaffirmed that the legislative framework on teleworking should guarantee workers’ rights, “giving space to agreement, to collective bargaining, and above all incorporating the specificity of these labor relations ”.

All parties and deputies with bills to regulate teleworking submitted a request to submit these legislative initiatives to the specialty committee, without a vote, for a period of 60 days.

According to information confirmed by the Lusa agency, all proponents submitted a request to the Assembly of the Republic table during the debate asking that legislative initiatives go down directly to the specialty, thus not being voted in general.

The referral to the competent committee will be for a period of 60 days, thus allowing all legislative initiatives to be “on the table” for the legislative process.