PSD accuses Government and EDP of having articulated dam business

The King of Jordan prepares for the release of Bassem Awadallah and the rest of those involved A nation is tweeting out of...

The new parliamentary leader of the PSD, Adão Silva

The PSD suspects that the business of selling dams may have been articulated “from the beginning and at the highest level between the Government and EDP” so that the company would not pay taxes.

In a political declaration in the Assembly of the Republic, the parliamentary leader, Adão Silva, made harsh criticisms of the Minister of the Environment, João Pedro Matos Fernandes, whom he accused of being beside the lobbies, using the title of Aquilino Ribeiro’s book “When the wolves howl”.

Adão Silva again accused Matos Fernandes of having ignored alerts for the possibility of the sale of six dams in Trás-os-Montes, by EDP to a consortium led by Engie, to happen without payment of taxes and it was strange that, last week, the minister said that it was “inadmissible” that business was not pay taxes due.

“Did the minister fall off his horse on the way to Mirando do Douro?” having done a “somersault” on the topic.

In his reply, PS deputy João Paulo Correia considered that there is no “information or document” that would allow the PSD’s parliamentary leader to make “the very strong attack” he made on the Minister for the Environment.

“Very much in agreement when we consider that the deal between EDP and Engie was very complex and at the very least creative, and we recognize that only those who have a very specific objective use this model”, admitted the socialist deputy.

However, João Paulo Correia stressed that it will have to be the Tax Authority (AT) to determine whether the objective was “aggressive or abusive tax planning”, arguing that, if so, “EDP has to pay what it owes”.

Adão Silva noted that the PS has resorted to the same “euphemism” used by the Prime Minister, António Costa, when he referred to the business model as creative. “What the Prime Minister wanted to say is that this was a crook business”, He considered.

For Bloco de Esquerda, deputy Mariana Mortágua considered that, “sometimes, what it seems is”: “What it seems is that the Government endeavored for EDP to do this deal without added difficulties and efforts. We can perhaps call it a negative coalition between EDP and the Government. ”

The deputy questioned the PSD if she would be available to support a rule that clarifies that, when the dams belong to the private domain, they must pay IMI in the municipalities where they belong, with Adão Silva not to close the door to such change.

The PCP, by deputy Duarte Alves, considered that the source of the problem lies in the dams coming out of the public domain and underlined that the PSD voted, in the past, a communist initiative to prevent this business. In the same vein, José Luís Ferreira, of the Verdes, considered “Absolutely inadmissible” that a business involving € 2.2 billion is not subject to tax.

PAN spokesman André Silva used a metaphor to frame the theme. “If you were told that in three or four hours they were going to rob your house, what would you do? Did he call the police to prevent the robbery or let him rob and then report to the authorities? ”, He asked, to conclude that the Government opted for the second hypothesis.

CDS-PP deputy João Gonçalves Pereira argued that it is necessary to wait for the TA’s assessment “if there are due or undue taxes”, stating that his party does not, in this matter, make value judgments and has an “institutionalist” position.

According to the weekly Express, the Bloc asked the Assembly of the Republic’s Environment Committee to formalize a request for documentation to the electricity company, as well as to send more than a dozen questions that remained unanswered after the parliamentary hearing of EDP’s executive chairman, Miguel Stilwell.

The party wants EDP faculty multiple documents, such as the contracts signed by companies of the EDP group within the scope of the sale of the dams to Engie, the notification by EDP so that the State could exercise the preemptive right, the presentations that the company made to the Portuguese Environment Agency in October 2020 on the transaction and letters from the banks UBS and Morgan Stanley attesting to the correct valuation of the assets sold. 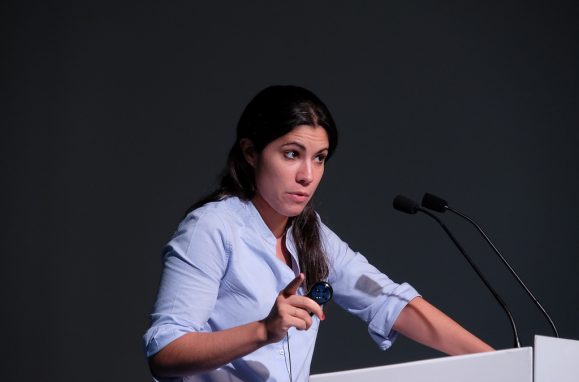 The Block also intends to have answers to 17 questions. The first is whether EDP confirms that it has not informed AT of this deal prior to its completion. BE still wants to know what the consideration received by EDP by the sale of the shares of the company Camirengia to Movhera I.

The party also questions what are the gains associated with the sale of each of the dams and if the EDP paid Stamp Tax in this business. The Block asks the company to explain which rule in Portuguese law exempts this stamp tax transaction.

“Who were the members of the Government and the public administration bodies with whom EDP communicated before the deal was concluded?” Asks the Block. “Did EDP notify the State to exercise, if it wanted, the preemptive right? If so, when and by what means? ”.

According to preliminary information from the Civil Police, Livvia Bicalho's boyfriend shot his partner and then committed suicide. Playback /...
Trending

The King of Jordan prepares for the release of Bassem Awadallah and the rest of those involved A nation is tweeting out of...

The mother of Sabah Al-Salem murder victim collapses in front of her grave … and this is her only wish A nation is...