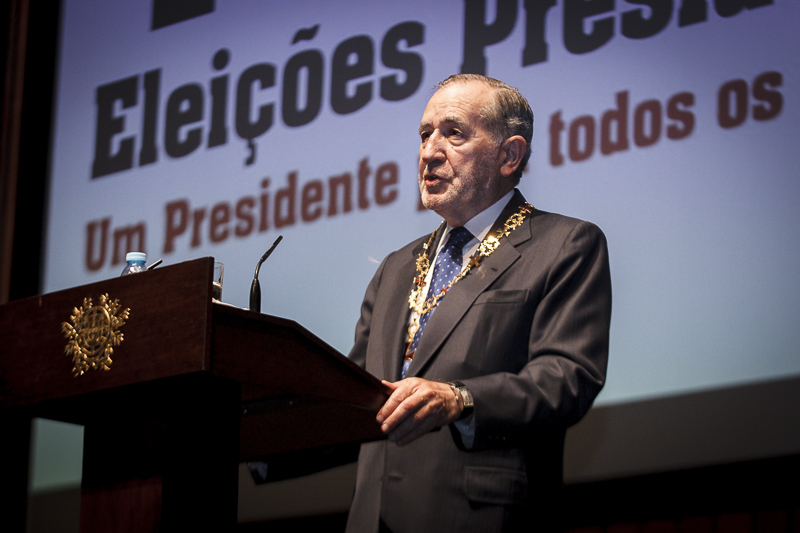 Presidency of the Republic

Former President of the Republic Ramalho Eanes defended this Monday that Otelo Saraiva de Carvalho, who died on Sunday, has the right to a “place of historical prominence”, despite “the authorship” of what he considered “perverse political deviations, with disastrous consequences ”.

“For me, and despite all the contradictions, Othello is entitled to a place of historical prominence. And he has this right, despite the authorship of perverse political deviations, of disastrous consequences, because he was the one who led the operational preparation of the 25th of April, the mobilization of young captains, the command of the successful military operation”, defended General Ramalho Eanes, in a text sent to the Lusa agency.

Ramalho Eanes pointed out that “there are men who, in a special historical moment, go beyond themselves, gaining a national dimension, indisputable, because they knew how to perceive and explore a unique historic opportunity, and feel the deepest longings of his people”.

“Othello is one of those personalities. To him the homeland owes freedom and democracy. And this is a debt that nothing and no one has the right to refuse”, he stressed.

In the same text, the former President of the Republic stated that he was “hurt” and “surprised” by the death of the “Captain of April”.

“It hurts me, because it’s just another friend who leaves. It surprised me, because I was recently with Othello, at his wife’s funeral, and I found him naturally dejected, but apparently with vigor and health”, he said.

He recalled that he met Othello in Guinea-Bissau, where he replaced him in the Directorate of the Broadcasting and Press Section of the Chief Command, dating back to that time the friendship between the two.

“We became friends. It was, in fact, this friendship that led me to testify in his favor at the trial he was subjected to, despite many corrections and appeals for him not to do so,” he recalled.

Eanes evoked the friend as “a good, generous man, although at times unwise, unrealistic – even contradictory”, also pointing out his passion for representation.

“Even in real life, forgetting that representation requires a delimited space, in which everything that is normal there is not normal in real life,” he said.

Otelo Saraiva de Carvalho, soldier and strategist of the 25th of April 1974, died on Sunday morning at the age of 84, at the Hospital Militar, in Lisbon.

Born on August 31, 1936 in Lourenço Marques, now Maputo, Mozambique, Otelo Nuno Romão Saraiva de Carvalho had a military career since the 1960s, he made a commission during the colonial war in Guinea-Bissau, where he crossed paths with General António from Spinola, until after the 25th of April 1974.

In the Armed Forces Movement (MFA), which overthrew Salazar’s dictatorship and Caetano, was in charge of drawing up the military operations plan.

After the 25th of April, he was commander of COPCON, the Operational Command of the Continent, during the Revolutionary Process in Progress (PREC), arising in association with the more radical military left, and was a presidential candidate in 1976.

In the 1980s, his name was associated with the Popular Forces 25 de Abril (FP-25 de Abril), an armed organization responsible for dozens of attacks and 14 deaths. In 1986, he was sentenced to 15 years in prison by a terrorist association. . In 1991, he received a pardon and was amnesty five years later, a decision that raised much controversy at the time.

The funeral of Otelo Saraiva de Carvalho takes place on wednesday, in the Cascais crematorium, in Alcabideche, being in a burning chamber in the Chapel of the Academia Militar, in Lisbon, from 16:30 on Tuesday.