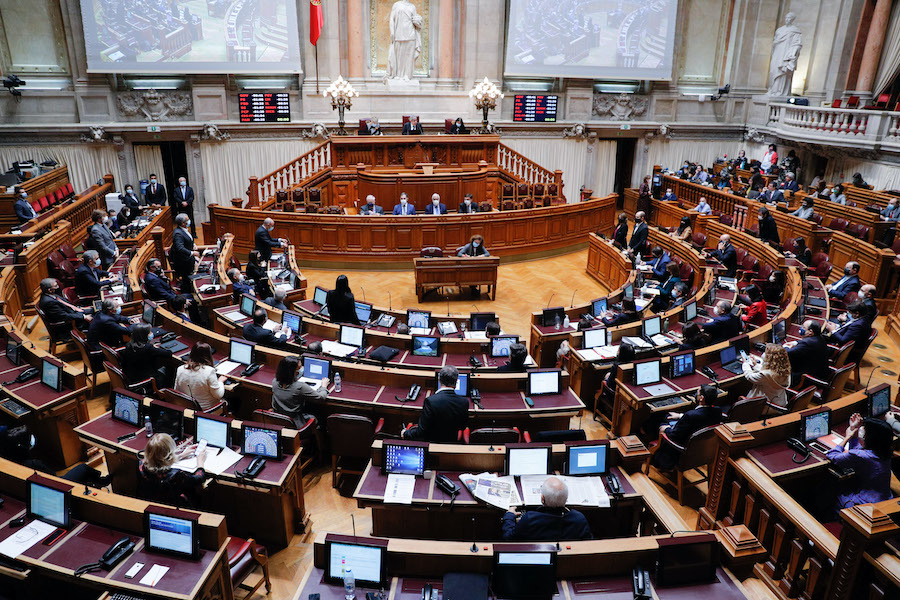 Parliament will discuss this Thursday in plenary the transformation of crimes of rape, sexual coercion and sexual abuse of a person incapable of resistance into a public crime, through bills of several parties.

The Bloco de Esquerda and the Liberal Initiative present bills to enshrine the public crime nature of crimes of rape, sexual coercion and sexual abuse of a disabled person, which means that it would be enough to denounce on the part of any person even if not the victim himself and that the process runs its course even against the will of the offended.

The non-registered deputy Joacine Katar Moreira is in line with the same request, “guaranteeing the conformity of this diploma with the Council of Europe Convention for the Prevention and Combating of Violence Against Women and Domestic Violence”, better known Istanbul Convention.

The People-Animals-Nature Party (PAN) also presents a bill that goes in the same direction, but also includes the crime of sexual fraud and the crime of unauthorized artificial procreation, also asking for the extension of the statute of limitations for crimes against the freedom and sexual self-determination of minors and the crime of female genital mutilation, proceeding to the respective amendment to the Penal Code and the Criminal Procedure Code.

In the case of extending the statute of limitations, the PAN calls for criminal proceedings in crimes against the freedom and sexual self-determination of minors and female genital mutilation never extinguish before the victim is 40 years old in cases where the minor is less than 14 years old.

In cases where the victim is over 14 years of age, they ask for a 20-year limitation period that “can never, however, occur before the offended person turns 35 ”.

Non-registered deputy Cristina Rodrigues presents a bill to make all crimes a public crime against freedom and self-determination claiming that “crimes against sexual freedom are progressively increasing in Portugal”, despite the fact that “there has been a reduction in violent and serious crime”.

In addition to this bill, the deputy presents another one, to amend the Penal Code, this time to include the economic or patrimonial violence in the crime of domestic violence, “in respect for the Istanbul Convention”.

The CDS-PP discusses a bill to enshrine crimes of threat and coercion, so that they are equated with the crime of domestic violence.

The CDS gives as an example the case, which happened in 2019, of a grandmother and granddaughter killed by her son-in-law and father, respectively, after the victims were flagged and the PSP classified the complaint as a “high risk” situation.

“Nevertheless, the investigation would be closed by the Public Prosecutor’s Office, still in 2017, due to the plaintiff’s withdrawal, due to the fact that the facts were framed in the crimes of coercion and threat, instead of a crime of domestic violence”, points broken.

In the view of the CDS, it is important, therefore, to reflect on “the scope and reasonableness of the current regime of crimes of threat and coercion, taking into account the figures presented and its evident connection with domestic violence”.

The theme of domestic violence justifies the presentation of another bill by the Bloco de Esquerda, which asks for more victim protection measures in the field of labor rights, social security and housing.

The Ecologist Green Party (ENP) presents a draft resolution with a view to further measures that prevent and combat the crime of domestic violence.

The PAN has yet another draft resolution to recommend to the government to ensure the adoption of a code of conduct adapted to the Istanbul Convention, “with a view to adequate news coverage of domestic violence cases and prevent an expected contagion effect ”.

Finally, Parliament will also discuss the approval of a petition delivered by the Coletivo Mulheres de Braga, which collected more than eight thousand signatures, with prevention and protection measures for victims.