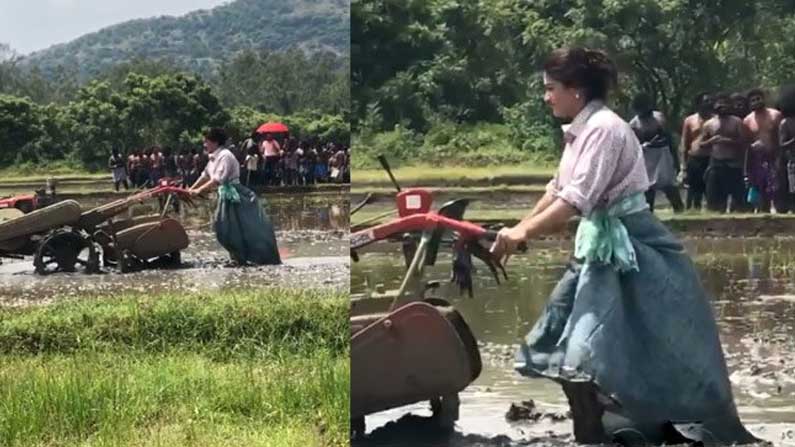 Rashmika Turns As A Farmer

Kannada Soygam, who is busy with Kannada movies on one hand and Telugu movies on the other, is stepping into Kollywood and Bollywood right now. Seizes opportunities.
Recently, the actress incarnated as Annadhata. Halam Patti plowed the field. Shared the video via Instagram. The video is currently circulating on social media.
In Tamil, Karthi is playing the role of a heroine in the upcoming movie ‘Sultan’. However, Rashmika plays the role of a pucca village girl in this film. It seems that Rashmi has become a farmer for that role. Yes.R on the Dream Warrior Pictures banner. Prakash Babu, Y.S.R. Prabhu is producing this film. The movie will be released on April 2.

Rashmi plays the heroine in the action and romantic drama Pushpa starring Allu Arjun. It will be released in five languages ​​namely Telugu, Tamil, Malayalam, Hindi and Kannada. Directed by Sukumar, the film is being produced by Maitri Movie Makers. Devi Sri Prasad is providing the music.

Mecha Nageswara Rao, the only TDP MLA who met CM KCR .. All eyes are on him in the assembly hall ..!