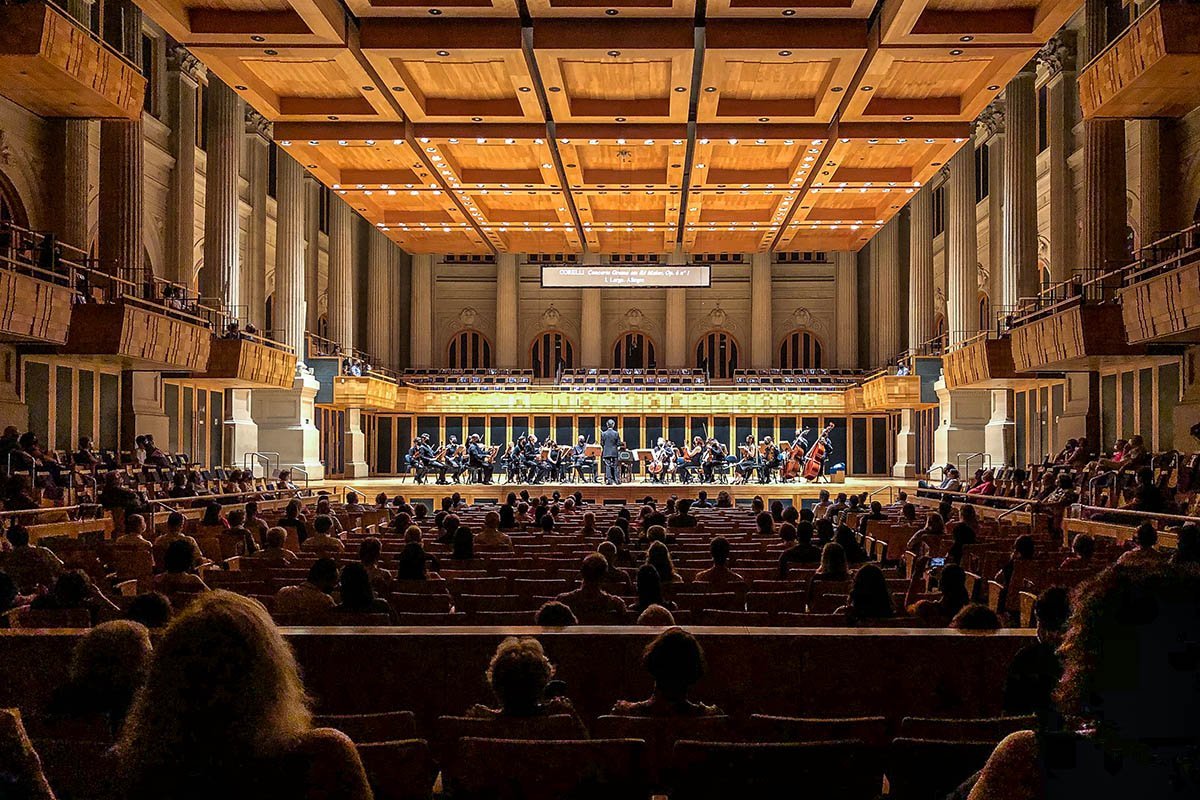 The São Paulo State Symphony Orchestra will perform again at Sala São Paulo this Friday, 16, in a concert without an audience that will be broadcast over the internet. In Rio de Janeiro, Sala Cecília Meireles also broadcasts a concert on Saturday and returns to the public for the first time since the beginning of the pandemic.

Osesp had been performing weekly since the second half of last year, when it also began to receive the public. In early March, with the departure of the State of São Paulo for the emergency phase, the concerts, which would open the official 2021 season, were postponed. With the advancement to the red phase of the São Paulo Plan, the group returns to the stage, but with a different repertoire from the one initially planned.

Today, the program (broadcast by Osesp social networks from 8:30 pm) will be dedicated to Baroque music, with works by Bach (Opening nº 1 in C major) and Rameau (excerpts from Les Indes Galantes) and conducting by the conductor and violinist Luis Otavio Santos; on the next friday, 23 and 30, the conductor will be in charge of conductor Neil Thomson: in his first concert, works by Saint-Saëns and Shostakovich will be presented; in the second, Tchaikovski’s Symphony No. 5.

“The combination of Bach and Rameau is one of the happiest in a Baroque music program,” says Santos. “What unites the two is a key element to understand this music, the question of dance, of the rigor of the gesture. The knowledge of Baroque dances, of this choreographed language, shows that the Baroque repertoire does not only have the components of sound and music. rhythm, but also of space, through the idea of ​​gesture, of choreography “, explains the conductor.

In the Sala Cecília Meireles, the attraction is the presence of soprano Gabriella Pace, for a recital of songs alongside pianist Katia Baloussier. The two will interpret the cycle Passionis de Flamma, by Brazilian composer Eli-Eri Moura.

The 2017 work was inspired by three cases of femicide: the death of Isabela Pajuçara, after a party in Queimadas, Paraíba, in 2012; that of Vilma Trujilo, who in 2017 was burned alive in Nicaragua, accused by fundamentalist evangelicals of being possessed by the devil; and Mayara Amaral, a young Brazilian guitarist who, also in 2017, was hammered to death by her boyfriend in Campo Grande.

“It is a remarkable, dramatic, urgent work, with a necessary theme”, says Gabriella Pace. “When the piece appeared, the composer even thought of making a mini-opera with several characters interpreted by one voice. In the end, he wrote an almost oratory, divided into three passions, each of them in four parts: virtues, accusation, torment and redemption. In the torment part, we have the stories of the three women brutally murdered. It was always a topic that interested me and Eli-Eri too. “

Gabriella, now living in Europe, has a long history on Brazilian opera stages. But he is also dedicated to the repertoire of songs. “The song is, for me, the culmination of vocal music. The other day, working on the recital, I was thinking about it: how can a whole universe fit in just two pages of music”, he explains.

The program, which will be broadcast on the Sala Cecília Meireles channel on YouTube from 7 pm, also features a selection of Schubert songs, such as Gretchen am Spinnrade, Lied der Mignon and Rastlose Liebe, all inspired by texts by Goethe.

The choice of pieces, explains Gabriella, came from the search for dialogue with the cycle of Eli-Eri Moura. “Katia and I wanted to establish this relationship, having as central songs Gretchen am Spinnrade and Die junge Nonne, which bring exactly two women talking in first person about their personal torments”, he explains. The rest of the songs were chosen from reading the work of musicologist Amalia Osuga, who explores the presence of the female voice in Schubert’s songs.