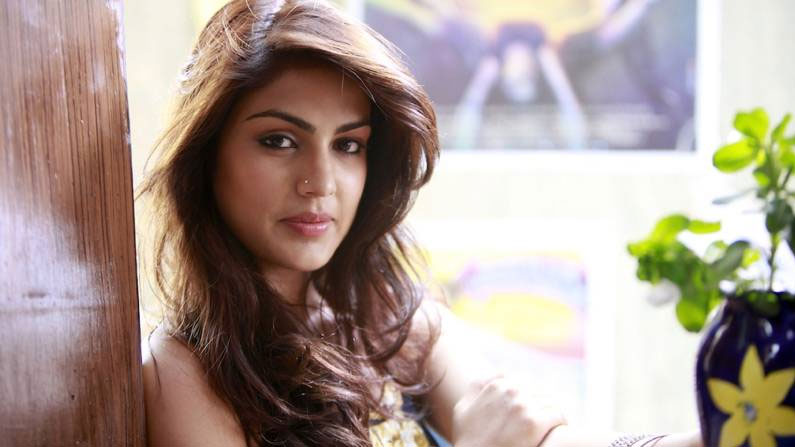 The death of Bollywood young hero Sushant Singh has shaken the entire country. Sushant, who has a great future, suddenly commits suicide and dies. His fans ..

Rhea Chakraborty: The death of Bollywood young hero Sushant Singh has shaken the entire country. Sushant, who has a great future, has suddenly committed suicide and his fans are still unable to digest it. Sushant’s fans and Sushant’s family members have blamed his girlfriend and actress Riyachakravarti for Sushant’s death. At the same time the drugs angle emerged in Sushant’s death.

Ria was also questioned and arrested by NCB officials in connection with the drugs affair. She was imprisoned for a month. Rhea was later released on bail. Police also arrested her brother in the same case. Sushant dies and Ria goes into depression after being arrested in a drugs case. Right now she is getting back to normal. However, news is circulating in Bollywood circles that Riya is slowly becoming a normal human being and will be back in shooting next February. Riya has already signed on for a small budget film in Hindi. It is learned that he is going to participate in the TV show along with the movie.