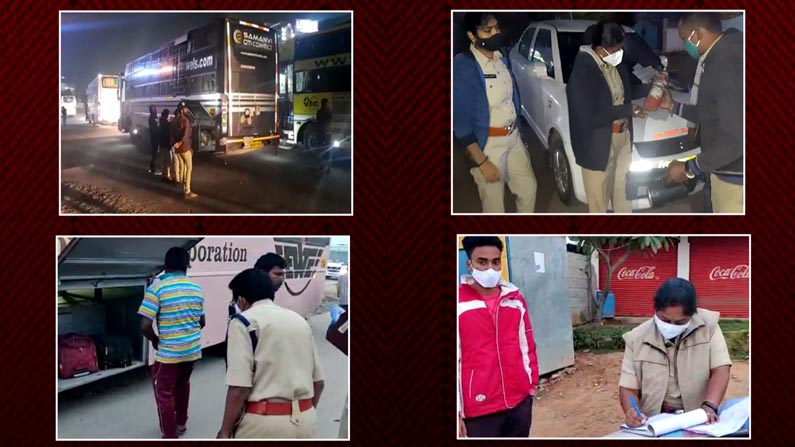 Teams of transport officials from all over Greater Hyderabad patrolled and inspected the vehicles at various places.

Hyderabad RTA Raids : RTA officials are lashing out at private travels buses running against the rules. Teams of transport officials across Greater Hyderabad on Tuesday morning patrolled several areas and inspected vehicles. Authorities checked hundreds of buses and registered cases against buses running contrary to the rules. RTA officials said action would be taken against buses carrying passengers as well as luggage in private travels buses.

RTA officials inspected private travels buses on the Hyderabad National Highway at LB Nagar, at the Big Amberpet Outer Ring Road and on the Thondupally National Highway 44 in the Shamshabad Municipal area on the Bangalore Highway. During a check at LB Nagar, RTA officials seized three buses which were plying illegally. A case has been registered against six other buses. Officials have warned that strict action will be taken if private travels buses charge high fares during the festival.

Every bus coming from Bangalore to Hyderabad is stopped at Thondupally under Shamshabad Municipality and documents are being checked. RTA officials have registered cases against eight buses so far. Officials said the non-payment of road tax was moving passengers beyond the limit of carrying luggage.