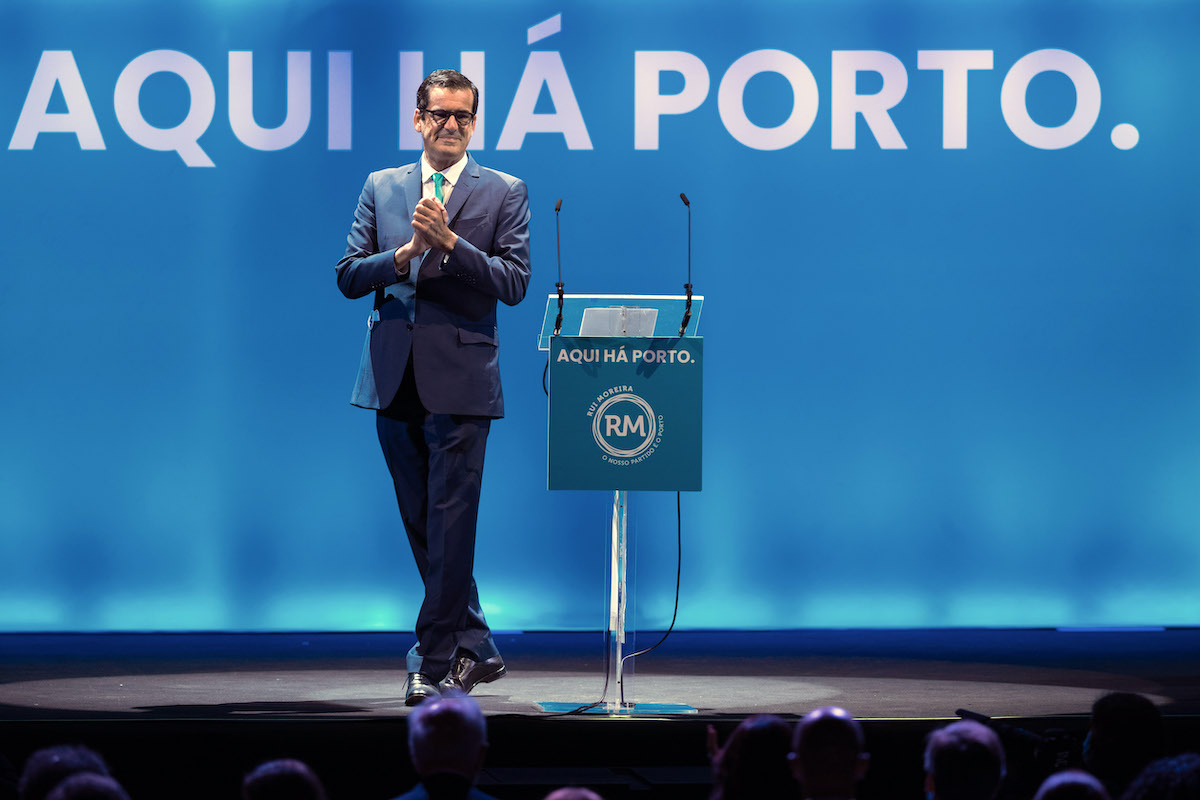 Rui Moreira’s independent movement and the PSD reached an agreement that will guarantee the approval of the next budget of the Porto City Council and the governability of the city.

The movement of the independent Rui Moreira, re-elected mayor of Porto without a majority, and the PSD established a governance agreement and agreed measures for the next four years of mandate.

In a statement, the independent movement “Aqui Há Porto” advances that the PSD, “respecting the principle that whoever wins local elections governs”, has shown itself available to support a solution that incorporates some of the main proposals for the city.

The reduction of the tax burden, transfer of skills to the parishes, mobility, creation of a network of crèches and reduction of the water bill are some of the proposals that unite the PSD and the independent movement after a “reflection towards building a governance solution for the city” between the movement and the party.

“This agreement is made with the objective of guaranteeing government stability and agreeing on measures for the future of the city”, they add. The PSD will not have representation in the portfolios executive, nor in municipal companies.

However, at the Municipal Assembly, the PSD will present the candidacy of Sebastião Feyo de Azevedo, former rector of the University of Porto, as a candidate for chairman of the board. “This candidacy will be signed and supported by the Aqui Há Porto Movement”, assures the movement.

The board of the Porto Municipal Assembly was chaired by Miguel Pereira Leite, from the independent movement, for the last two terms, who “will not be re-candidate for the position”, says, quoted in the statement by the president of “Porto, Our Movement”, Francisco Ramos .

In the letter, Francisco Ramos praises the work that Miguel Pereira Leite has developed in the service of the city over the last eight years in the leadership of that body.

Also in the statement, the president of the PSD of Porto, Miguel Seabra, praises the candidacy of Sebastião Feyo de Azevedo, “a personality of recognized merit in the city and in the country, who will greatly honor the Municipal Assembly and Porto”.

Without a majority in the executive, the independent Rui Moreira was re-elected on September 26, Mayor of Porto, with the Left Bloc elected for the first time a councilor, while the PS lost one and the PSD doubled its 2017 mandate.

According to data released on election night by the Ministry of Internal Administration (MAI), the independent movement Rui Moreira: Aqui Há Porto! got 40.72% of votes, electing six councilors, having failed to reissue the absolute majority achieved in the 2017 municipal councils. In turn, the opposition elected seven mandates – three from the PS, two from the PSD and the CDU and BE one each.

To ensure the governance of the Chamber, without major problems, over the next four years it would be enough for one of these councilors to join to the independent.

Like the council, the independent Rui Moreira won 34.51% of the votes for the municipal assembly, but also without a majority and losing a deputy. In this organ, the PS lost three deputies (eight), the PSD gained three (eight), CDU, BE and PAN maintain the number of deputies and Chega elects the first.

Also in the parishes, the independent movement Aqui Há Porto conquered five of the six parishes it applied for. The parish of Paranhos remains PSD and in Campanhã the independent decided to support the socialist and current president of the junta, Ernesto Santos, who was re-elected.

In the 2017 municipal councils, the mayor Rui Moreira was reelected to the position, with absolute majority, having won 44.46% of the votes and achieved seven mandates, against six for the opposition: four for the PS, one for the PSD/PPM and one for the CDU.