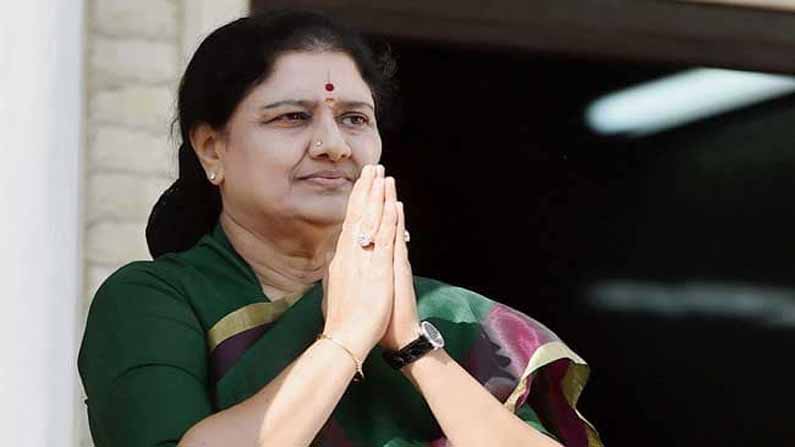 Shashikala made a sensational decision ahead of the Tamil Nadu Assembly elections. It is learned that he was released from Parappana Agrahara Jail in Bangalore on February 8 after serving four years in jail in an anti-graft case. Shashikala, however, said goodbye to politics and public life. He made it clear that he was not coming into politics. She said she was not already very interested in positions and power.

Sasikala Politics: Chinnamma Sasikala, the late leader Jayalalithaa Ishta Sakhi .. said good bye to politics. Koti, who had hoped to ascend the Tamil Nadu CM pedestal as Amma’s successor, asked why she had taken such a tough decision. In other words .. why did you have to take it.? Now it is not Tamil Nadu, it is the topic of discussion all over India. VK Sasikala Natarajan, who was released in January after serving his jail term on corruption and misconduct charges, has been widely rumored to be regaining control of the exiled AIADMK party.

Even on the recent Jayalalithaa Jayanti day, there was a lot of hype that the Tamil film and political community was queuing up at Shashikala’s house and that Chinnamma was going to shake the mane again. But as if the answer to all of them was Sasikala, he abruptly withdrew from politics and public life. She made a statement saying goodbye to political and public life.

It is learned that elections to the 234-seat Tamil Nadu Assembly will be held on April 6. In this context, Chinnamma’s latest decision is part of a deal with the BJP. ? That is the key now. It is an undeniable fact that BJP leaders are making a concerted effort to replace himself in the political vacuum created in Tamil Nadu after Jaya’s death. Shashikala was sent to jail for rioting, taming the Palaniswami and Panneer Selvam factions and turning the NDA into an NDA partner.

However, all speculated that the political scene would change after Sasikala was released from jail in January this year. Can Sasikala survive with BJP if Shashikala tightens his grip on AIADMK? Speculations were heard. There have been widespread arguments that the BJP would not hesitate to send Shashikala to jail again if he tails. In the midst of all this, Tamil Nadu is hearing that Shashikala has decided to remain silent by finally withdrawing from politics and public life. All this is okay, but Shashikala’s latest decision seems to have brought Dinakaran, who believes in himself, to life. What kind of step will Dinakaran take now, where did he actually go .. has become interesting.